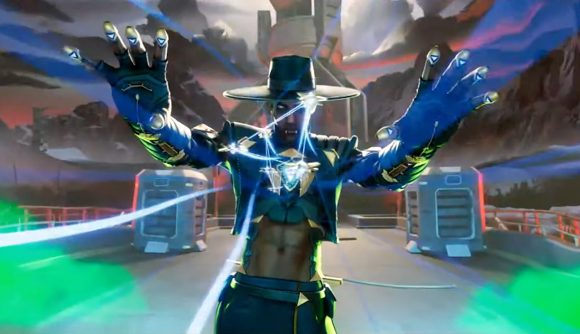 Apex Legends finally launched Season 10: Emergence earlier this week, along with its first new Legend in a while, Seer. However, players have noticed that he’s a little overpowered right now. According to developer Respawn, it was the team’s intention to launch him strong but admits he’s “a bit too strong at the moment” – and will receive a nerf in the next patch.

Obi ‘Seer’ Edolasim clearly launched with a number of fantastic and useful abilities designed to hunt, expose, and exploit other players, but clearly they’re proving a bit too much for most people to handle. In a recent Ask-Me-Anything thread on Reddit with the developers, gameplay engineer RSPN-Travis confirmed that the team was happy that Seer’s “new gameplay elements” have “driven a lot of discussion with players”.

“With that being said,” Travis admits, “[Seer] is probably a bit too strong at the moment and will be receiving some balance updates in an upcoming patch.” They don’t go into specifics as to what abilities will receive a nerf, however.

Travis admits that it was always Respawn’s hope that Seer would launch strong, but its aim was “strong and not broken”. They use the example of previous Legends who didn’t launch competitively and so aren’t as popular now. “At the end of the day, we just can’t know exactly how something is going to land in the wild with 100% accuracy.”

Seer is “probably a bit strong at the moment and will [be] receiving some balance updates in an upcoming patch.” – Seer’s gameplay engineer. pic.twitter.com/ypNVX3o1Z1

While Seer will receive a nerf, apparently fellow Legends Crypto and Wattson will be receiving some sort of buff – although Respawn didn’t really go into specifics as to what “improvements” it’s planning or when players can expect them. The team confirmed last month that Crypto would be receiving changes, or at least some way of making him “a bit sexier.”