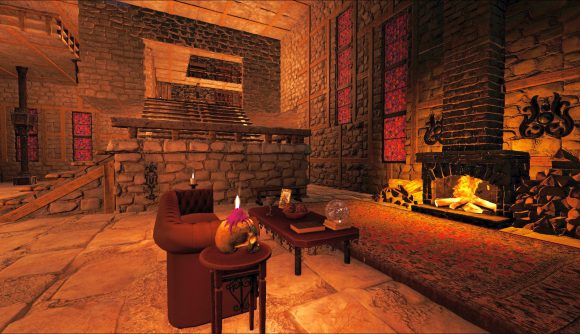 If you’re more into creating the ultimate home base than chasing down dinos and other critters in Ark: Survival Evolved, then one of the action-adventure game’s new community-made mods might appeal. Called ‘Akka’s interior decor structures’, the fan creation adds a whopping 500+ items to Studio Wildcard’s survival game for decking out a decadent base.

Creator Akka’s new Ark: Survival Evolved mod breaks down into a bunch of different categories of stuff, which range from structural assets like walls, windows, and doors to more cosmetic items, such as floor and wall decor, a load of furniture, tableware, tale decorations, statuettes, and more. You can still bring a flavour of the dino-filled outside world into your base with some of the items, with the statuettes all being based on the game’s many giant toothy critters. But, many of the offerings can give your home base a decidedly gothic, rustic, or even modern feel, too.

As you can see in the mod’s attached images, many of the furniture items are highly attractive (and pretty ornate) carved wood objects – like a grand style four-poster bed, armoire, and table set.

Or, there are shelves, kitchen units, room dividers, and – well – so many other things you can grab. Going by the mod’s images, the results are pretty gorgeous and far beyond what you might usually see in the way of Ark bases – in terms of sheer luxury, anyway. If you’re keen for the full rundown, you can find the mod on Steam Workshop here. 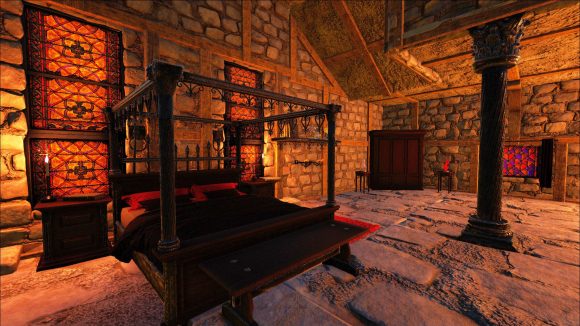 Akka says the mod is “100% stackable” and that the items can all be crafted using an Ark crafting table, so you won’t need to spend any engram points to make them. Sweet. You can find Akka’s other mods here, too, if you’re keen to bring even more goodies to your game.

If you’d like to see what some other creative fans have made, too, you can read up on some Ark houses and meet the master builders of Ark: Survival Evolved at that link.