The best Ark: Survival Evolved mods can be tricky to fine, especially if you don’t know what to look for. The dinosaur hunting survival game has already seen legions of modders looking to add a little something extra to the open-world game. But, oh god, that creates a whole host of possibilities to consider. Namely, what the hell should you be adding to your own game or server? And what are the best Ark mods?

Not to worry, dinosaur hunters, we’ve put together a list of our favourite mods for Studio Wildcard’s incredible popular survival romp. With all the hard work done, all you have to do is take a gander below and subscribe to them on the Steam Workshop.

Bested your fair share of dinos already? Prepare to face much more in the best survival games.

Before we get started in earnest, you might want to take a quick look at Studio Wildcard’s instructions for making your own mods, if you’d rather create your own toys than play with someone else’s.

The Ark Dev Kit is a modified version of the Unreal Engine 4 Editor, containing all of the game’s source art, maps, and blueprint classes. While the C++ source code isn’t yours to muck around with, you can still alter plenty of things from AI behaviour to weapons and beasties.

Ok, enough about making your own mods. Here are some premade ones for you to experiment with. 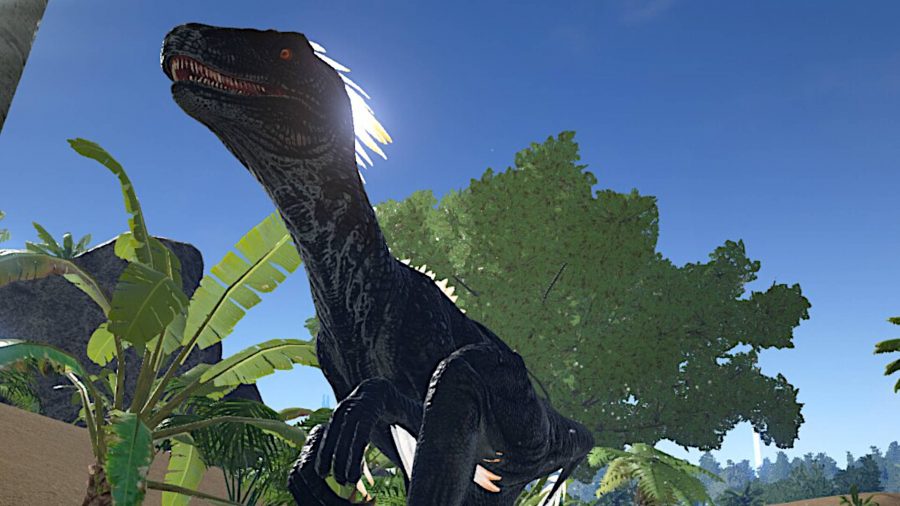 The Improved Dinos mod adds rare spawning dinosaurs that offer better blueprints and should be a greater challenge to take down, even for groups.

The special variations to hunt down include extra large, extra deadly raptors and big alpha dilos. The deadly obsidian carnotaurus, with its shiny black and grey scales, is also in the works. Unfortunately, none of the dinosaurs in this mod are currently tameable. 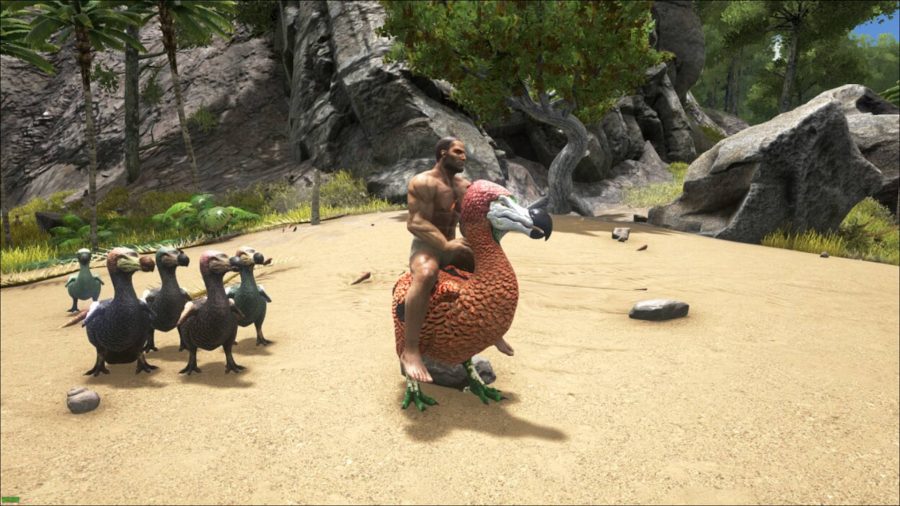 The opportunity to ride your very own dinosaur is probably one of the (very good) reasons that so many people have flocked to Ark. But one thing has always been missing: rideable dodos. The dumb birds were probably a little too puny to carry the weight of a fully grown human, but no more!

The Rideable Dodo mod changes everything. Maybe that’s overselling it. But it does mean you can finally live out your dream of leaping onto one of those ungainly birds and riding it into the sunset. Live the dream! 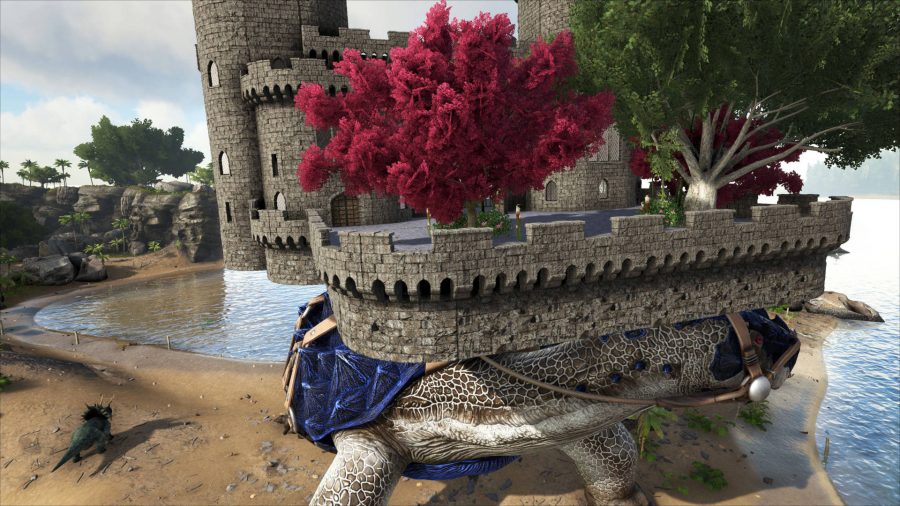 Whack on this mod and you’ll have a very small number of these permanently tameable giant turtles spawn in your server, and they’re about as large as a titan in terms of size, power, and stats. It’s absolutely the coolest you’ll ever look on top of a turtle, we promise. 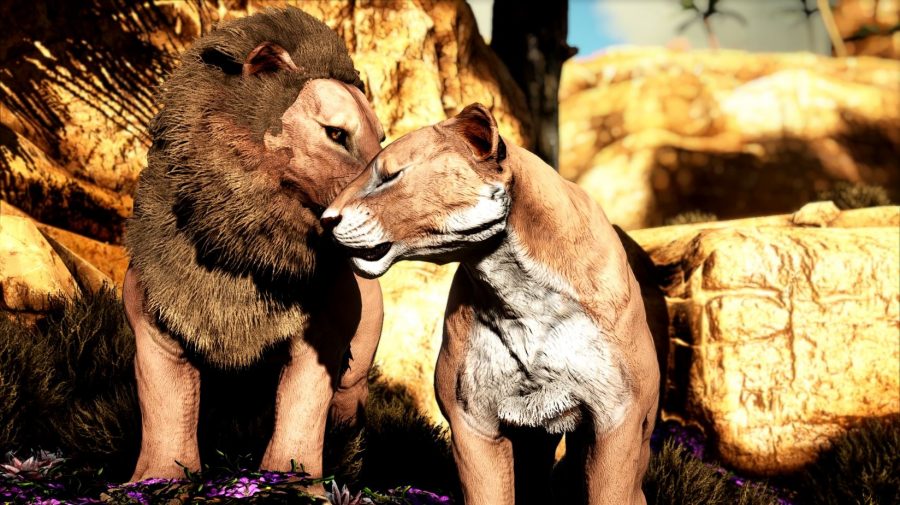 The Marniimods Wildlife mod adds a whole bunch of animals to your arks, not just limiting you to dinos. You can currently find the following creatures in this mod, some dimorphic species even have different character models for the males and females:

Marniimods Wildlife receives constant updates, with new animals in the works and updates to existing ones planned. You can also find various saddles to use with these animals, so if you really want to fly around on a big owl, you’re able to do so. 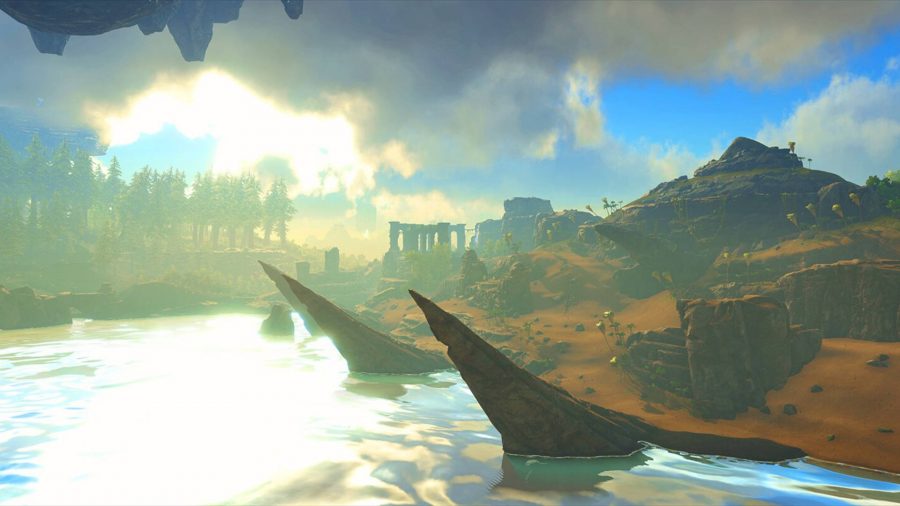 It’s common knowledge that anything with pirates in it is good – well, anything without Johnny Depp, that is. Thankfully, there’s no sign of him in the Thieves Island map mod, an island once used as a base by the legendary pirate, Madame Cheng.

Understandably, Cheng’s fleet of 18,000 ships needed plenty of room, and so the main island in this mod equates to roughly half the size of The Island in vanilla Ark. It’s not just a new location either: you can also build fortresses in the sky with Scorched Earth dinos thrown into the mix. 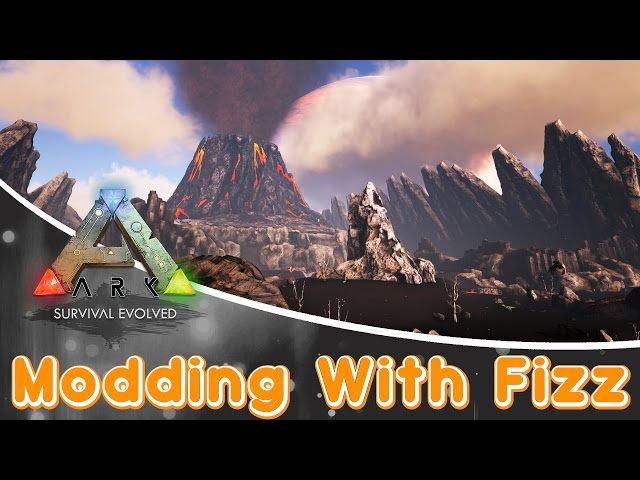 Around the same size as the vanilla map, the Volcano map boasts five different biomes that house all of the dinos up to and including the Aberration and Extinction creatures. It also has a huge amount of resources to discover. Boss arenas from both Island and Scorched Earth are also available, as well as wild dinosaur babies. It’s certainly a striking location, with 14 caves to discover and explore, some requiring you to swim underwater to uncover secret artifacts. 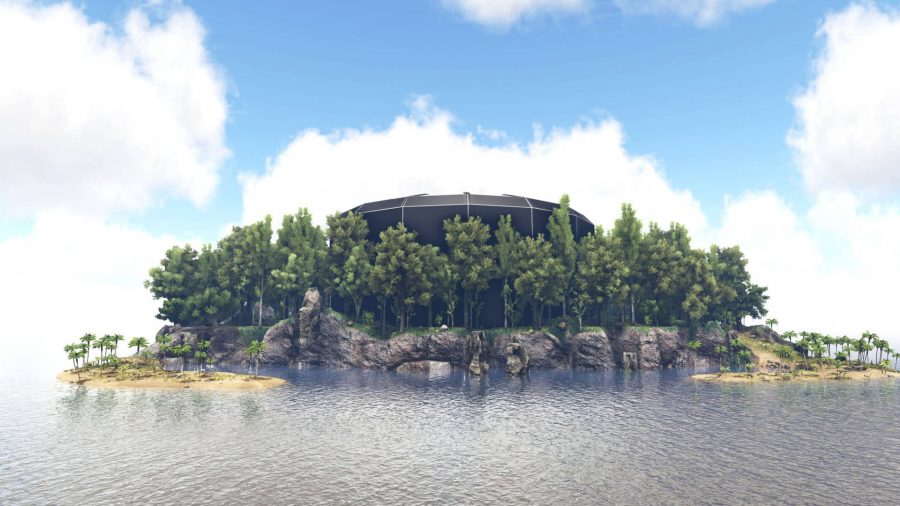 The story goes that, inside the Dome of Death, shady corporations developed new dino species and various other dangerous animals. When they lost control of their experiments, they let them all loose and abandoned the facility, leaving behind riches that are now waiting to be claimed.

The Dome of Death is a map mod that has a striking beauty to match its hard-as-nails difficulty. Only seasoned Ark veterans need apply, but even they’ll spend plenty of time running away from, rather than towards, their new enemies. 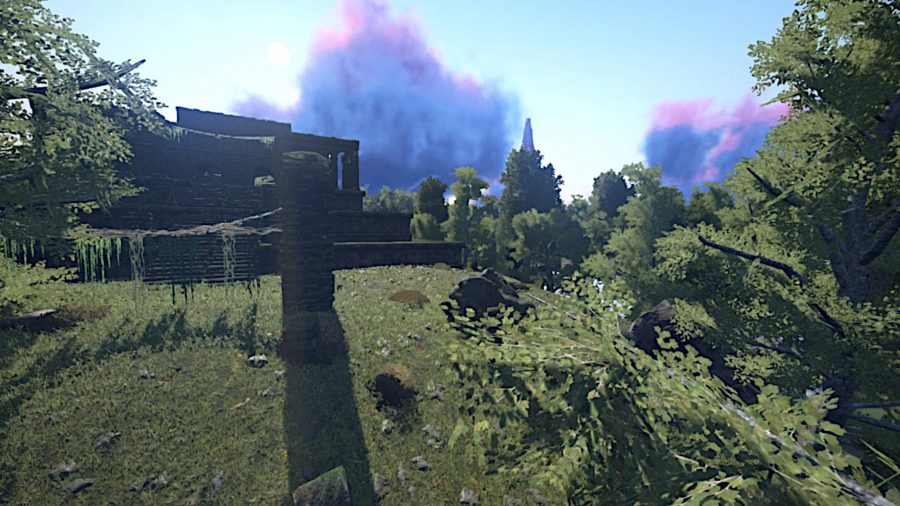 Rather than the larger landmasses you’ll find in regular maps, this map, instead, introduces 65 square kilometres of island paradises to Ark. You’ll probably need to do a lot of swimming, but one day we’ll hopefully have boats, and what a day it will be.

Unfortunately, development of Apako Islands is on hold at the moment, but it’s already worth checking out if you fancy a bit of variety. 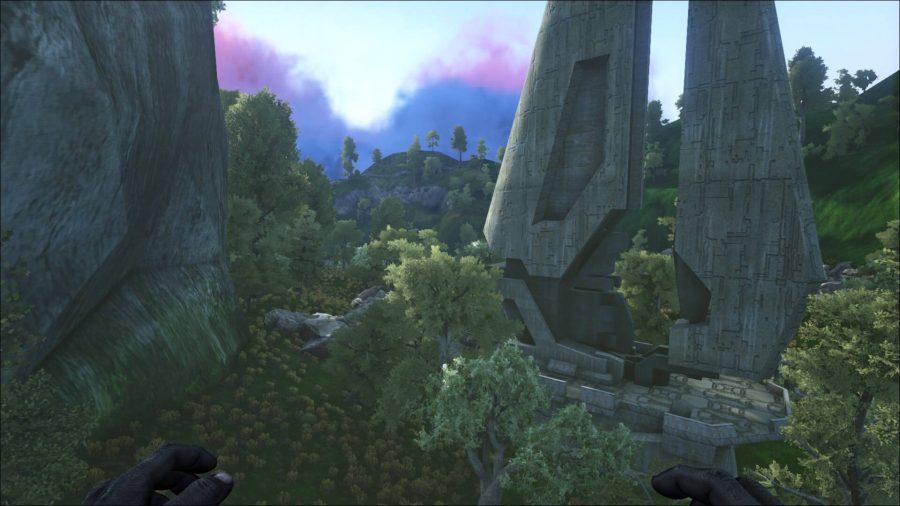 If you played Halo: Combat Evolved, you may remember the first time you looked up and saw the ring-shaped world circling above you in the sky. This Halo map should get you a wee bit nostalgic for that moment.

Halo: Combat Evolved’s second mission ‘Halo’ was always missing a certain je ne sais quoi. And by je ne sais quoi we really mean dinosaurs. There’s nothing quite like reliving one of the most famous moments in FPS history with one of those beasts on your heels. 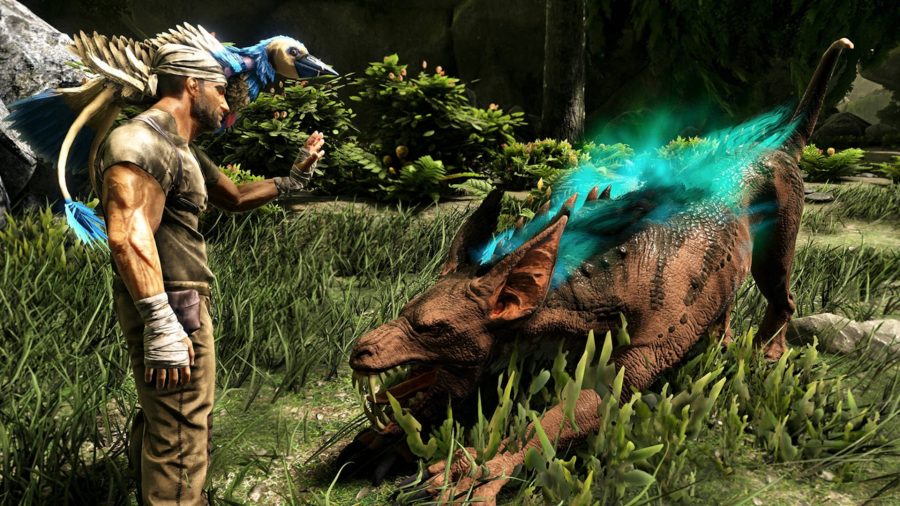 The Immersive Training mod expands on the taming mechanic by giving you several new methods of taming dinosaurs. Whether it’s hand feeding the dinosaurs, giving them gifts, or even petting them – this mod makes for a far more interactive way to tame your new best friend. These new methods also result in a stronger bond, increasing your trust with your dino pal.

When fending off ferocious dinosaurs and staving off starvation to survive gets too easy, you should consider raising the difficulty. To level 240, to be precise.

Diamond-hard dinos now spawn up to level 9600 with the player scaled to 300, leaving plenty in your way as you seek to reclaim your dominance of Ark’s world. 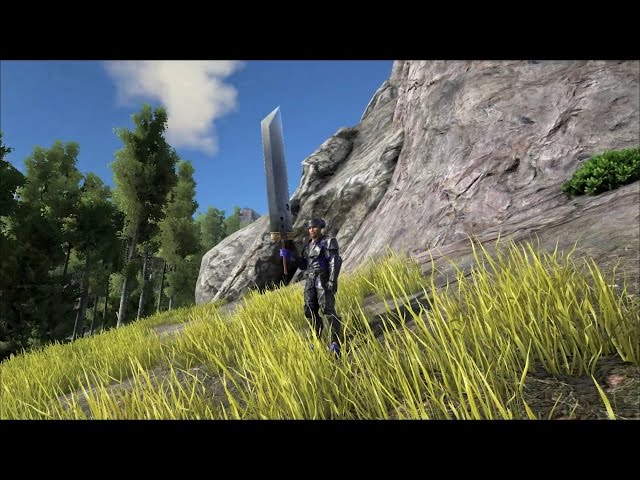 If you can’t take waiting for Final Fantasy 7 Remake any longer, this is the mod for you. Armed with the Buster Sword, you can pretend you’re Cloud Strife once again, albeit with probably a lot less clothing on. 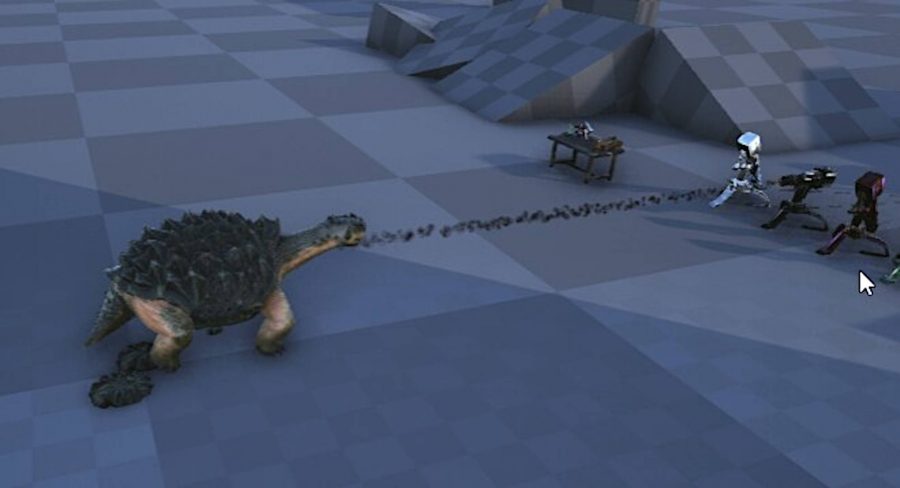 Defend your hard-earned base in style with a range of fancy new turrets. With fire, oil, web, armour piercing, and explosive rounds, would-be invaders will either turn tail or be extinguished in myriad gruesome ways.

Your plush new defences are more convenient to use, too. Now, while creatively raining death on your foes, you can do so safe in the knowledge that you’ll never need to manually refill your death machines again. Bliss. 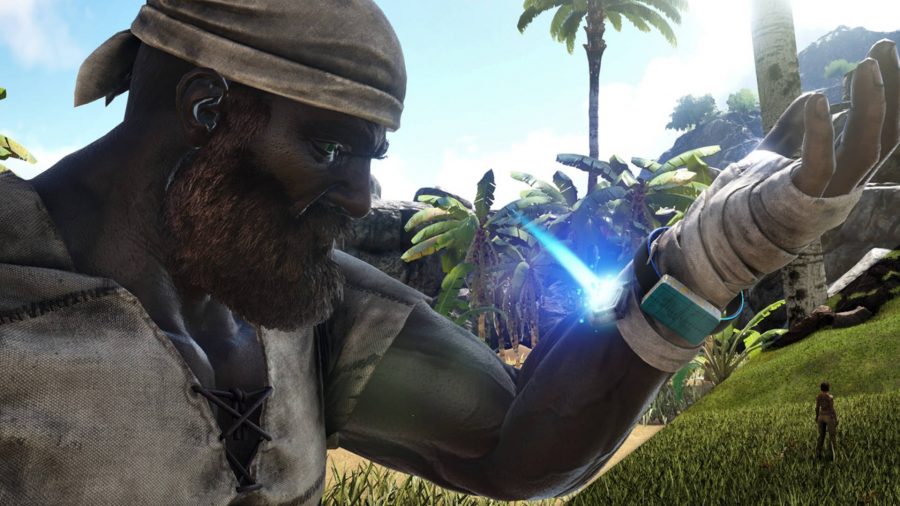 When you’re plonked in the middle of nowhere, naked as the day you were born, it’s important to be organised. That’s why the Dino Tracker mod is worthwhile, as it allows even the most forgetful foragers to track down any mislaid dinos.

Unlockable at level 25, the Dino Tracker lets you can find all your tamed beasties no matter where you are on any map, and it’s so easy to use. It is, essentially, a fancy dino GPS, which conjures a series of yellow crosses right back to your missing dino of choice. 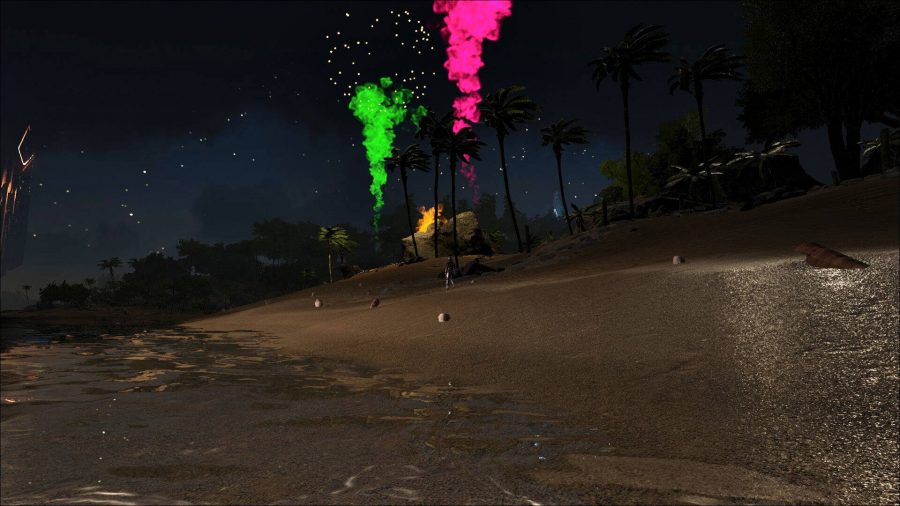 While you might appreciate the tension that comes with desperately running to the site of your death in an attempt to recover lost items, after the first few times it can start to become a chore.

The CasPack mod makes things simpler and enables you to see smoke signals directing you to your body, so no more guesswork. It makes your corpse stick around for a whole eight hours, rather than the few minutes you normally get, so you have plenty of time to get your stuff back.

And those are all of the best Ark Survival Evolved mods. For more alternatives you may also be interested in finding out more about this mod that adds a whole bunch of furniture to the game, or perhaps a mod that enables you to craft decorated biome bases to display and store your favourite critters is more your thing.