There might be more games on Steam now than any one person could see, let alone play. But for Dean Clarke, regular citizen of the online world, seeing his work appear in the navy blue environs of Valve’s storefront after so many years browsing it as a customer – well, it’s an adjustment.

“It’s kind of surreal,” he tells us. “I’ve spent two and half years working on this in my study alongside a full-time job, and now I actually have a game on the Steam store. You pinch yourself. It’s out there, now. People will either love it or hate it.”

An open-world 3D platformer in the style of Spyro, Ascent: Crash Landing has made a quiet descent onto Steam – at least by the standards of triple-A publishers with marketing budgets and front page carousel slots.

But it’s been public enough that Clarke has had the encouragement he needed – both to see the game through, from Unreal Engine 4 hobby project to full game in the fashion of the ‘90s games he loves, and to improve it as the levels and mechanics crystalise in beta. 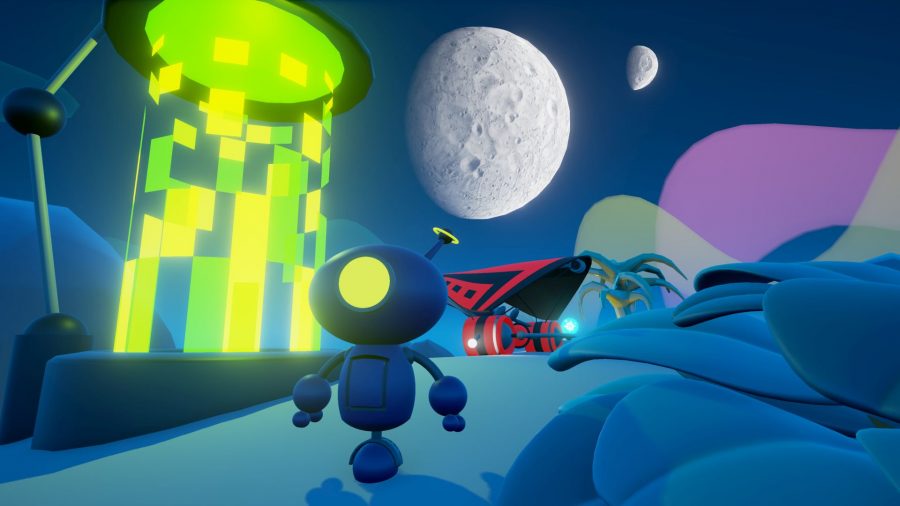 Several years ago, when Unreal Engine 4 was new, we saw Epic showcase a game made by a solo artist. At the time it seemed like an extreme demonstration of how accessible the engine’s Blueprint visual scripting could be, rather than an indication of how real games would be made. But that’s exactly what has happened in the case of Ascent. Clarke, a graphic designer with no training in programming, has put the platformer together entirely alone, with the exception of the music. When the game design students he had originally intended to collaborate with pulled out of the project early on, Clarke was already attached to the art he’d drawn up – and so decided to go through with it anyway.

It’s been fun, and it’s been stressful

“It started with concepts in 2014,” he says. “I’ve always been quite confident with illustration, and I started getting the design done through Unreal Engine in March 2016. It’s been fun, and it’s been stressful. My friends have been supportive.”

Clarke scoped his project carefully, knowing that some of the elements of the games he admired would be beyond him. Rather than shooting for the hyper-detailed worlds of triple-A, he settled on an art style that made a virtue of block colours and uncomplicated textures.

Read more: Ode is a platformer from Ubisoft, filled with giddy joy

When it came to scripting, however, he found that his art background came in unexpectedly handy.

“I seem to learn quite visually, so the visual scripting side of it was really appealing to me,” Clarke says. “It’s really helpful and powerful. It’s amazing what you can do, and I’ve only scratched the surface really. What I do for my game is probably quite basic in comparison to more complex games.”

What Clarke does have is a bank of free QA, in the form of his friends and younger brother. “We used to play platformers all the time,” he says. “My brother, my sister, my parents – they’re not really gamers, but they watched me growing up playing these games.” 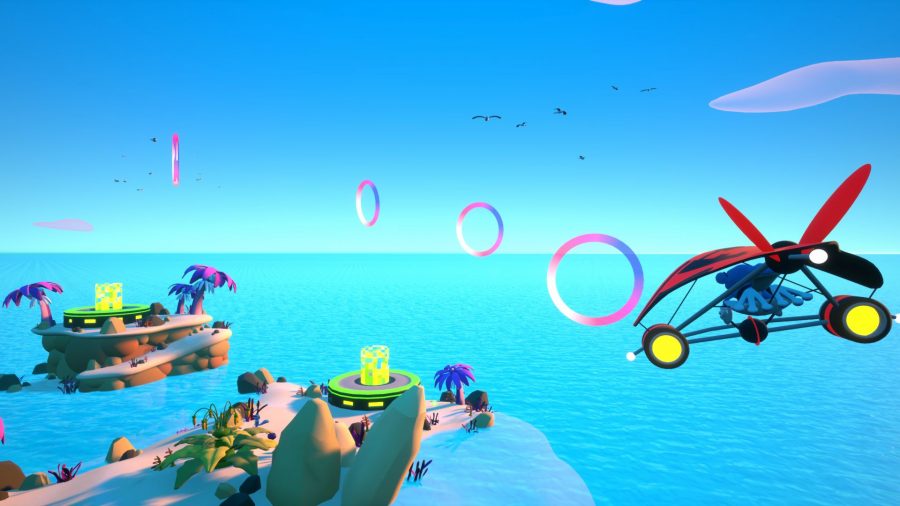 The art of level redesign

As Clarke’s technical expertise and ambitions grew, his ideas started to crack the modest pot they were first planted in.

“I started designing levels as a test, but as I got more serious with it, I started to incorporate more functions and abilities for the player,” he explains. “That started to affect other bits of the programming I’d done a year prior, and you don’t realise it until you get the glitch.”

It wasn’t just the code that was changing, either, but also the design. As protagonist Bluu and robotic sidekick Blip gained new skills, the early challenges of the game became simply too easy for them to overcome – sometimes game-breakingly so.

“I had that in one of my final playtests,” Clarke says. “Bluu has a roll function, and it has to be meaningful – if he rolls at the same speed, it’s no different to running, so it has to be quicker. But there were certain platforms in the first level you could actually get to and jump out of the map, because you could get more distance.”

In another way, though, Ascent’s ‘90s platforming roots have gelled unexpectedly well with the idea of a public beta and changing game. Just as Crash Bandicoot: Warped had a modular hub that made levels yet to be unlocked explicitly visible, Ascent shows its playable levels, as well as the space left for those Clarke has yet to release.

“There are five portals in the hub world, three are green, and the others will be unlocked once I produce them. It’s nice because it keeps people interested, and I’ve had people in the Steam community asking me what else is coming.

“My ideal situation would be to release a full game straight away, but it’s a nice way to get feedback and get my title out there. Just having my attempt at a platformer on a Steam page, that’s something that I would never have imagined that I would have done.”

In this sponsored series, we’re looking at how game developers are taking advantage of Unreal Engine 4 to create a new generation of PC games. With thanks to Epic Games and Spark Games.