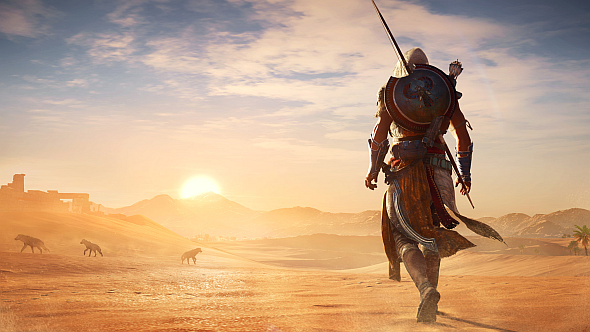 Who remembers the silly season for Assassin’s Creed leaks that was this time last year? Because the rumour mill is spinning up again, and the latest ‘news’ is that we’re heading to ancient Greece next.

That’s according to comicbook.com, who cite “several sources linked to Ubisoft”. Though they concede it’s essentially a rumour, they insist it is “well corroborated”, that the game entered full production at the start of 2017, and that it’s confirmed for PC (no great surprise there).

In a call with investors in February, Ubisoft CEO Yves Guillemot said the publisher’s focus for the Assassin’s Creed franchise this year would be more DLC for Origins. While not explicitly ruling out a new game in 2018, it looks pretty certain that the franchise is now on a two-year cycle, so our Greek adventure is due in 2019.

This isn’t exactly news. One of the many rumours we heard last year was thatAssassin’s Creed Origins would start a trilogy, and that ancient Greece would be its next chapter. So while we haven’t exactly learned anything new, those rumours have perhaps become a little more solid.