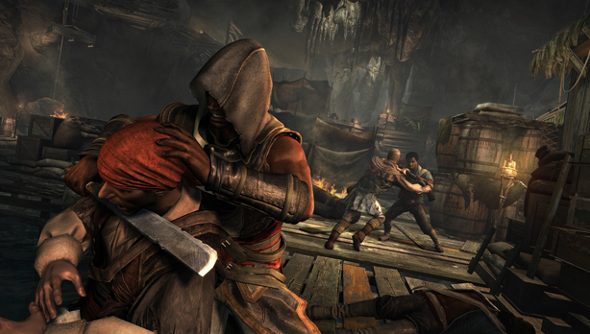 Assassin’s Creed IV: Freedom Cry, the story-based DLC for Black Flag, is being re-released as a standalone title later this month. Until now, it’s only been available for those with the core game.

Freedom Cry follows the exploits of Kenway’s one-time first mate, Adewale, 15 years after the main game. Long After leaving Kenway and joining the assassins, Adewale is shipwrecked on the island of Saint Domingue and must find a ship, get a crew and then set about freeing the region’s slaves, or at least murder the dreaded slavers who prey on them.

The strong focus on the exploitation of African slaves is not a first for Assassin’s Creed. While Black Flag didn’t tackle the subject much, Assassin’s Creed III spin-off, Liberation, put it at the core of the game. Liberation was recently ported over to PC and protagonist Aveline also featured in Black Flag’s launch DLC.