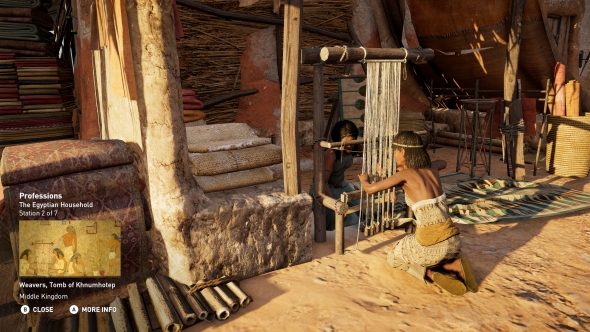 Ubisoft’s eagerly anticipated Discovery Tour for Assassin’s Creed Origins will be available from next week, according to the developers.

Discovery Tour is an open-world museum mode that teaches you Egyptian history, complete with guided tours curated by historians and Egyptologists.

The special mode focuses on exploration and allows you to roam freely around Egypt without fear of combat or gameplay restrictions. However, main game features such as horseback riding, parkour, and sailing will still be available. Photo mode will also be available, though “photos taken in the main game won’t be visible in the Discovery Tour and vice versa.”

The developers also revealed that Discovery Tour features 75 guided tours curated by experts tied to five themes, which are as follows:

The tours can take anywhere between five and 25 minutes to complete, with 25 avatars to choose from.

Though rewards cannot be earned from Discovery Tour, your progress will be tracked and Steam achievements can be earned for completing tours.