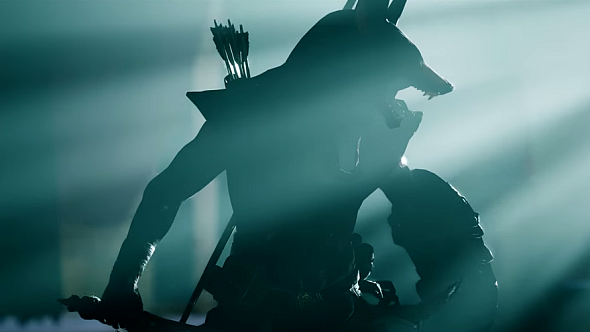 Ubisoft have dropped a(nother) new trailer for Assassin’s Creed Origins, which sheds light on the precarious politics of Ancient Egypt. It seems you’re walking into a power struggle between at least three figures of the time: Cleopatra, Julius Caesar, and Pharaoh Ptolemy XIII.

Jackal form may or may not be one of your abilities in Assassin’s Creed Origins.

It’s not our first look at these politicians – just a day ago, at Microsoft’s Gamescom conference, Cleopatra and Caesar appeared in a fully-CGI trailer.

What’s been released today is a different, in-engine trailer. We’re told the boy-king, Ptolemy XIII, is a puppet, but we’re not sure who’s pulling the strings. Caesar, the master tactician with the might of Rome behind him, is playing his cards close to his chest. Cleopatra is using her charisma to manipulate dozens of followers in her bid to take the throne from her brother Ptolemy.

It’s all looking very messy – and that’s not just because of all the blood that protagonist Bayek spills in what appear to be gladiatorial matches and chariot races. Also, is that a dude with a jackal’s head at 0:54? It’s probably just a mask, but there was a giant snake at the end of the E3 trailer. Looks like Egypt is going to be spooky.

Assassin’s Creed Origins is due for release on October 27. Here’s the Steam page.