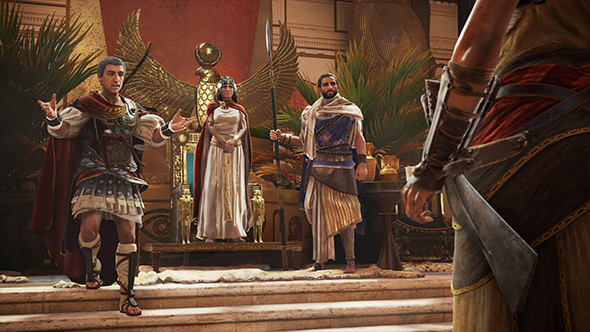 Ubisoft have shared their financial report for the first half of the fiscal year and results are excellent across the board, with continued success for many of their online games, solid performances from their new releases, and tremendous growth for their digital content.

Find out why you should return to the series in our Assassin’s Creed Origins review.

The extra year’s break appears to have paid off for Assassin’s Creed, as Origins has seen double the sales Syndicate did in the first ten days after launch. Around 35% of those sales were digital, compared with 15% for the previous game, so the new distribution model is growing significantly.

South Park: The Fractured but Whole sold around 50% digital, and has been selling faster than the Stick of Truth. Digital as a whole has been on the rise, but content from DLC and microtransactions is even bigger, having outperformed digital full game purchases for the first time.

While all this certainly backs up the success of “games as service,” Ubisoft said during the post-report conference call that they still believe in single-player – of certain kinds, anyway,

PC titles made up 15% of the company’s sales in the second quarter. PlayStation 4 still accounts for the majority at 31%, but the most impressive number comes from the Switch, which has already has already hit a 19% percent software sales share versus 20% for Xbox One. The remainder of sales are with mobile games and older platforms.

Also of note are the successes of Rainbow Six Siege and Ghost Recon Wildlands, both of which performed better than expected thanks to continued updates and support from their developers. In particular, Siege now has around 25 million players, which is an especially impressive number.