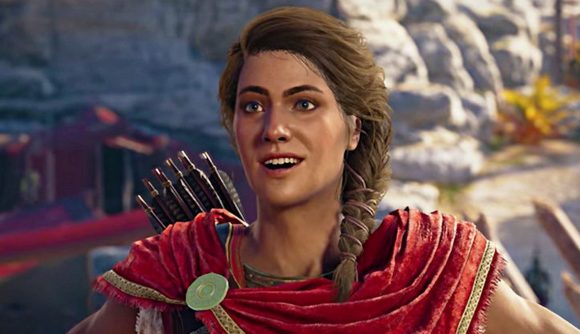 Assassin’s Creed is already one of the best-selling videogame series of all-time, but despite topping charts for more than a decade, Ubisoft shows no sign of slowing down. A press kit released earlier this year confirms that the franchise has now sold more than 140 million units.

The press kit, shared earlier today by industry analyst Daniel Ahmad, cements the franchise’s place as Ubisoft’s top-selling title, with “140+ million units sold,” and 95 million unique players. That puts it above big names like Far Cry, which has shipped 50 million units since its second outing, and Splinter Cell, which has sold more than 30 million since its inception in 2002.

Admittedly, all those sales come across a total of more than 20 games, but it’s an undeniably impressive total, especially when you consider the series’ growth in recent years. Back in 2016, Ubisoft revealed that the series had shipped more than 100 million copies, meaning that in three years, it’s sold more than many of Ubisoft’s most notable franchises.

Of course, that’s likely been helped along by the two most recent entries in the series. 2017’s Origins doubled younger brother Syndicate’s sales in its first ten days, while Ubisoft claimed that last year’s Odyssey did even better. Presumably, those two took the lion’s share of the 40 million sales since 2016, but the other titles are likely to have contributed a little as well.

That figure is also likely to rise in the not-too distant future. Next year’s title – reportedly set in Viking-ruled Scandanavia – should help boost sales even more. And if it follows the precedents set by its two most recent relatives, it’ll likely send the series past the 150 million mark.