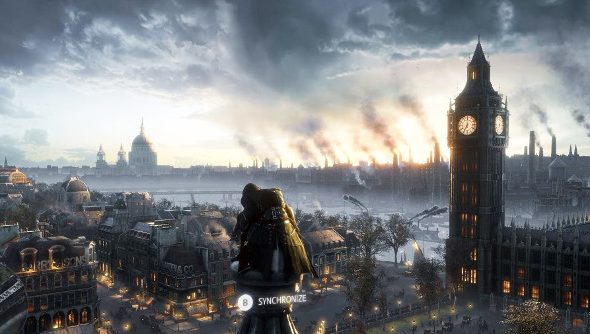 Assassin’s Creed: Syndicate, previously known as Victory, is due for a reveal tomorrow, but some information has already leaked out of Ubisoft, again. Two sources apparently familiar with the game fed Kotaku a couple of morsels: Syndicate will have two playable characters, brother and sister Jacob and Evie, and no multiplayer.

According to the sources, Jacob and Evie are involved in the London underworld, and players will be able to swap between them, but there won’t be any multiplayer. It sounds like story missions will make you play as a specific sibling and that it’s mostly Jacob.

It’s not clear if the siblings will follow each other around, or if one simple ceases to exist when you’re playing as the other. I’d love to see a GTA V style system where you could switch between them only the fly and find them in media res, stabbing a naughty Templar or legging it from the fuzz.

We’ll find out more when Ubisoft pulls back the curtain tomorrow, at 5pm BST.