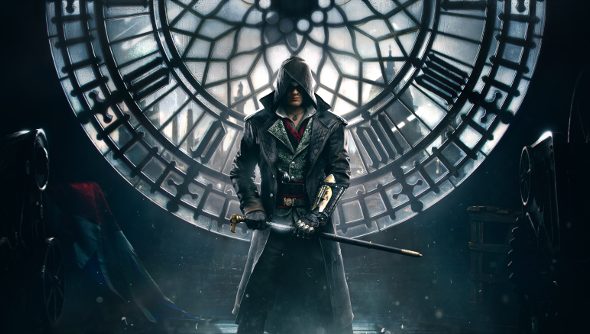 After several leaks, Ubisoft has finally unveiled Assassin’s Creed: Syndicate today in a livestream, showing off a grimy, crime-ridden facsimile of Victorian London, where Templar gangs rule the streets.

If you missed the livestream, you can still watch the developer walkthrough and reveal trailer below.

Ubisoft introduce Jacob and Evie Frye, siblings who somehow become embroiled in a war for the streets of London, pitting their own gang against those run by the Templars.

With the change in time and place, Ubisoft Quebec have made what sound like potentially significant changes to the Assassin’s Creed formula. You can’t just saunter through London with a sword, for instance, so Jacob is shown off relying on daggers, brass knuckles and revolvers, all easily concealable weapons. He’s also got a multipurpose gauntlet that contains his hidden blade, hallucinogenic darts and rope, which he uses to quickly ascend buildings.

The folks at Ubisoft Quebec says it’s the fastest paced Assassin’s Creed, and that Jacob is a particularly brash, brutal and confrontational Assassin. In a pre-alpha walkthrough, which gives us our first proper look at London in all its glorious, filthy detail, Jacob gets into plenty of scraps, ditching his top hat for the Assassin’s cowl, and the combat does look a bit quicker, and maybe even a bit more thoughtful, with the addition of a weaponised environment that could inspire some tactical puzzles.

Evie was also rumoured to be a playable protagonist, but the reveal only shows her helping Jacob, not actually taking the lead. Ubisoft has confirmed, however, that they’ll both be playable.

It’s not just fighting that’s meant to be faster paced, getting around is quicker in Syndicate too. Jacob can jump onto carriages and drive them around London instead of trekking through the muck and shite. Targets can also be assassinated from carriages, and their roofs can also be the stage for a dramatic duel. Expect shenanigans on trains, as well, though it’s not clear if Jacob will be able to actually drive them or just fight on them.

As always, the Assassin’s are fighting the Templars, but this time they aren’t in the traditional positions of authority, like the nobles, clergymen and politicians of previous Assassin’s Creeds. They’re the one’s running the gangs, which Jacob wants to liberate. There’s still the undercurrent of rebelling against authority, though, and a clash of the classes.

Assassin’s Creed: Syndicate is due out on October 23rd for Xbox One and PS4, but we get a more vague release date on PC: Autumn.

And here are some screenshots. 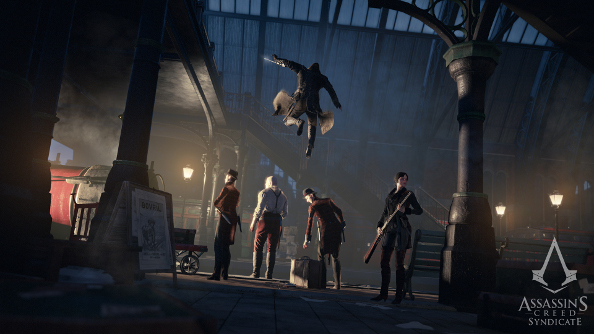 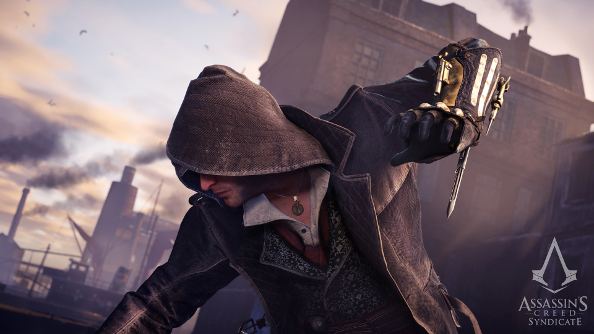 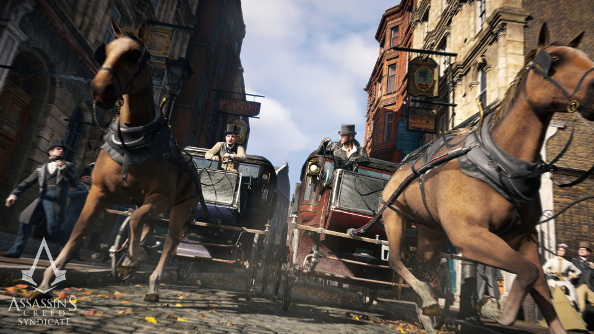 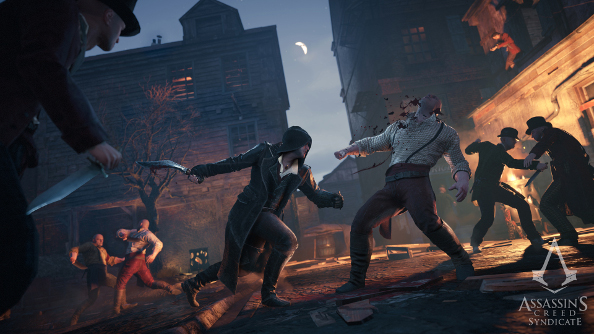 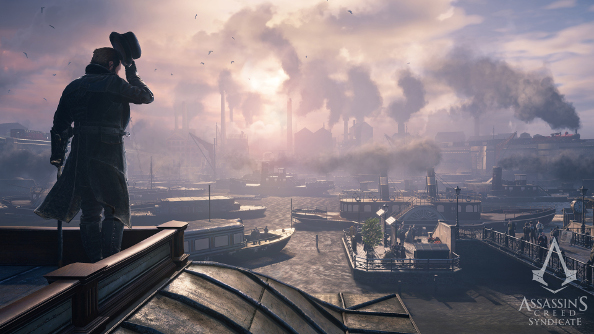