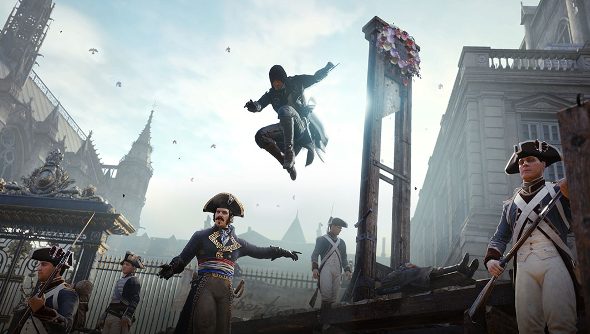 Ubisoft held a pretty interesting investor call this week where they discussed the publisher’s record breaking financial year. During the call, CEO Yves Guillemot stated that in 2014 open world games were responsible for 30% of the total games market share. He went on to demonstrate that in the top ten selling games of 2014, five of them were open world, and three of them were Ubisoft’s open world games.

It looks like, despite Unity’s hiccup, that Ubisoft are still in a rather strong position.

The market share of open world games has soared over the years, with Ubisoft reporting that in 2008 their share was just 16%. Guillemot put this down to “gamers’ ever higher expectations for systemic open-world games, which offer more in-game freedom and allow players to create their own experiences.”

In 2014 Watch Dogs was the fifth best selling game of the year, and Far Cry 4 the seventh. Ubisoft have combined sales of both Unity and Rogue to claim that Assassin’s Creed came in at sixth. Whilst not giving us a good view of the individual positions of both games, it does show that the Assassin’s Creed brand is still very strong, despite Unity getting lower scores than previous games, and Rogue being a last-gen only game that wasn’t released on PC for a good few months.

Grand Theft Auto V and Destiny join Ubi’s games to make the five open world games in the Top 10 sellers of 2014. Although really it’s a bit hit a miss if Destiny is truly an open world.

Fiscal year 2016 sees Ubisoft pushing Assassin’s Creed: Syndicate and The Division, two huge-budget open world games. The company also has a yet-to-be-announced AAA game to release in the period too, presumably also open world since Ubisoft have realised it’s gamer catnip. These games will be joined by Rainbow Six: Siege, a non open world game. It’s about shooting bad guys though, so no doubt will still sell a metric massive amount.