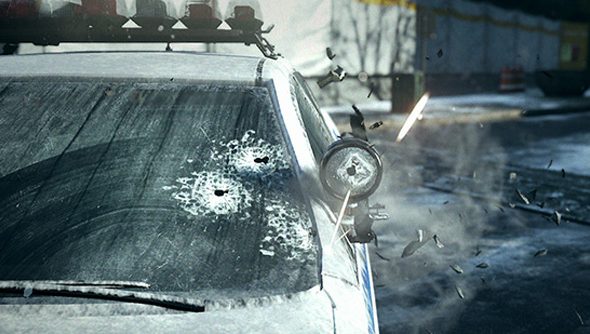 It seems like only yesterday we were watching the first gameplay footage of The Division from E3, aquiver with anticipation and fear that it might never come out on PC. Well, it’s starting to feel like that nightmare is coming true: in Ubisoft’s latest report to investors, the French games giant announced that we won’t be stalking the streets of New York until 2016 at the earliest.

Ubisoft haven’t really announced the delay so much as they slipped it into their investor report without comment. Turn to page 15 of their report to see their “key drivers” for 2016 and, lo and behold, there is The Division alongside Assassin’s Creed: Syndicate, Rainbow Six: The Siege, Just Dance, and “+1 AAA title”. A little further down, they reveal that The Division is now targeted for the fourth quarter of the 2016 fiscal year, which means after New Year’s.

On the other hand, I’m still excited enough by what I’ve seen of The Division to be happy they’re delaying it. Given what’s happened to the Assassin’s Creed series since Ubisoft started mass producing them, I’d rather see The Division delayed for as long as it takes to live up to those early, idealized gameplay videos. You know, the ones with life-like car doors.