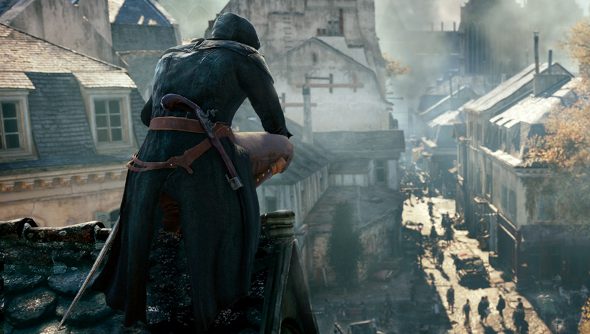 If you haven’t quite got the jist of Assassin’s Creed Unity from the story, gameplay, co-op and cinematic trailers that we’ve been bombarded with over the last six months, well then you’ve not been paying attention, but not to worry! Ubisoft’s put together yet another, this one covering everything.

From rubbing shoulders with Napoleon to knocking the Luftwaffe out of the Parisian skies, Unity sure is filled with stuff. That’s never been a problem for Assassin’s Creed, though, as it’s always filled to the brim with diversions. We can only keep our fingers crossed that the quality of those diversions is more Black Flag than Assassin’s Creed III.

The co-op is going to be the biggest new diversion, and that’s at least potentially interesting. When multiplayer was added way back in Brotherhood, it was surprisingly good, sometimes even inventive, so I’m still holding out some hope – despite some of the iffy co-op videos – that Ubisoft Montreal can do it again.

It’s due out on November 13th in Europe, but since Ubisoft’s new games aren’t available on Steam in the UK, you’ll need to shell out £50 on uPlay or another digital distribution site.