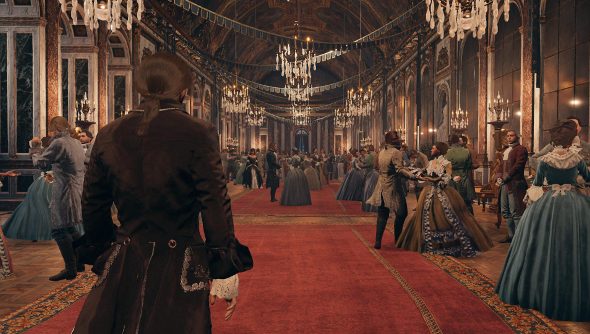 Assassin’s Creed Unity is out, in most places at least, and I’ve spent the day running around France, flashing dashing grins, duelling and looting every treasure chest I could find, all with one goal: to let you know if the PC version is a dud, or if it’s just as shiny and lovely as Versailles.

Odd system requirements evoked memories of The Evil Within, which was a terrible port, but like a hidden blade to the gut, Unity is quite a surprise. But it’s also very, very inconsistent. 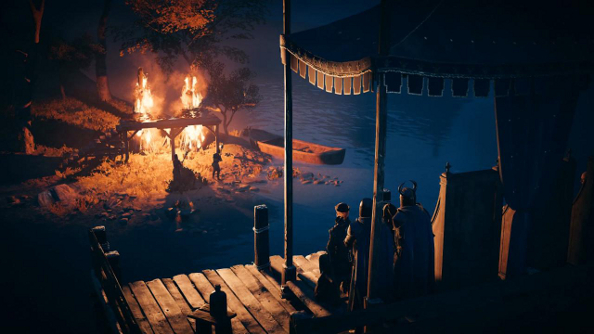 Before we dive into the options, it’s worth noting that Unity has rather steep system requirements, and while my 3570K is above the minimum, which is an Intel i5-2500K, my rig is sporting a GTX 670 GPU, while Ubisoft recommends a 680 as the bare minimum.

The minimum requirements appear to be a bit bloated, as I was able to run the game with several settings on high with little impact on the frame rate compared to the lower settings.

Anyway, to the options, a muddled mess of inconsistencies. 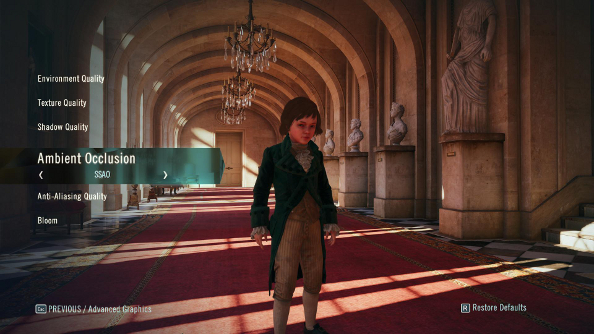 We got off on the wrong foot immediately, the menu and I. It’s a small thing, sure, but the menus are all horrible scrolling menus, which are frustrating to navigate, especially when one is doing a lot of tweaking – which you’ll almost definitely be doing because there’s a severe lack of clarity within the graphical options menu.

The big, most noticeable settings are for environment, texture and shadow quality. Environment is a bit vague, and the game offers no explanation of what most of the customisable options actually do, and this problem with clarity increases when it comes to selecting the different settings, since they are all different.

Environment quality can be adjusted to low, medium, high, very high and ultra high, which is a nice range. But the texture options are limited to low, high and ultra high. Then shadows confuse even more, with low, high and PCSS, the latter of which is one of the Nvidia enhancements. These options are rendered nearly meaningless because they change from one section to the next. Expect to play around with them quite a bit and restart the game a few times before you find the sweet spot.

A curious little bug also lead to the settings lying to me. The bastards. I played through the first 10 minutes of the game using the default settings, but something seemed wrong. It looked off. Diving into the menu, I couldn’t see what was wrong. Everything was on high, the resolution was right, and anti-aliasing was set to MSAA x 2. But that was a lot of nonsense. My resolution was actually, inexplicably, 1280×720 and AA was turned off. This was quickly fixed by re-applying the default settings, but it was odd.

Along with the three quality settings, there’s anti-aliasing, where you can choose between FXAA, MSAA (x2, 4 and 8) and TXAA for Nvidia users. Ambient occulsion can also be tweaked, with options for SSAO or HBAO+. And you can turn on or off bloom. That’s your lot! There’s not a lot, frankly, and it’s disappointing. Even a slightly rubbish console port like Dead Rising 3 manages to furnish users with a vast array of things they can play around with.

Outside of the advanced graphics options, you can change the resolution, refresh rate, aspect ratio V-sync and choose a graphics preset.

The ultra settings were a bit beyond my rig, with the frame rate dipping below the 20s at times, and rarely going above 25. This isn’t really unexpected, though, given the minimum requirements – even if they are overblown. It’s certainly pretty. 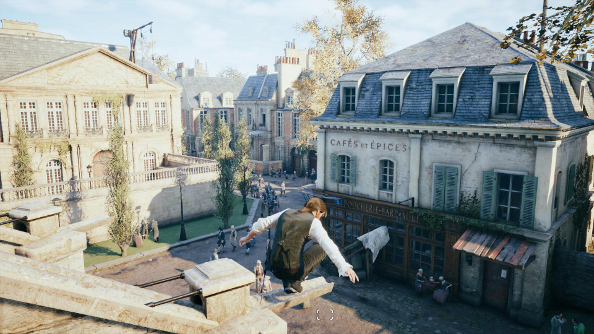 With the lowest preset, I was getting around 50, sometimes dipping below. It’s still a gorgeous looking game, with detailed buildings and lively streets. 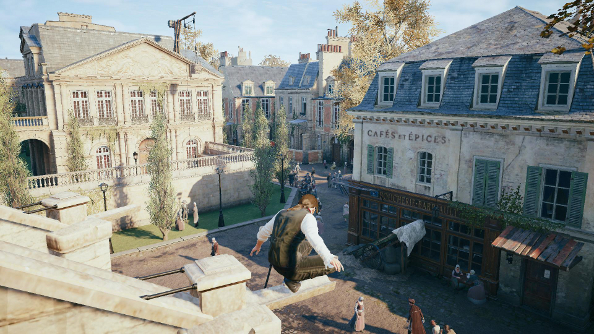 I set the AA to FXAA, had high textures and environment, HBAO+ and low shadows to get what I found to be an acceptable balance between performance and graphics. The frame rate did fluctuate quite a bit, between mid 30s to mid 40s, though some scenes with lots of people and action it did dip to 32, but didn’t stay there.

Obviously this isn’t great, but given that Unity’s requirements advertise it as a demanding game, it was a frame rate I could live with. And it’s also worth noting that anyone playing on a console will be stuck at 900p and still witness dips below 30 fps.

While it’s clearly possible to play Unity with a GPU below the minimum requirement, 2GB of VRAM is still a must. My 2GB GPU was being maxed out.

Performance absolutely tanked in cutscenes, as well. The frame rate was halved, and others with recommended systems have been suffering from cutscene problems as well. And while you would expect to get considerably better FPS overall, not just in cutscenes, than I if you were using the recommended GPU, this has proved to be far from the case.

Leaving graphics behind to fiddle with control and UI options reveals a mixed bag. Keyboard controls can be customised, but as with all Assassin Creed games, Unity was built with a controller in mind and suffers from horrendous mouse lag in menus. It’s a bit unfortunate then, that there’s not much gamepad customisation. The axis can be fiddled with and vibrate can be turned on or off, but buttons are fixed. 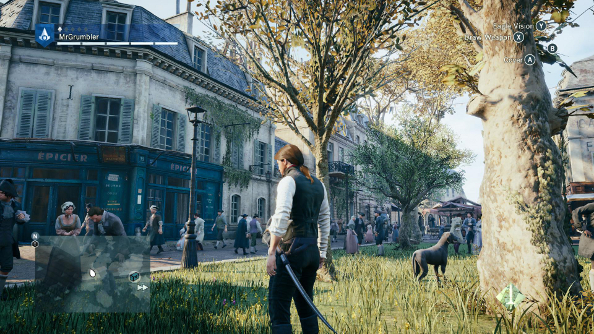 Unexpectedly, given the generally lack of consideration given to the graphics options, the HUD can be fully customised. It’s great. You can have the awful full HUD that covers up a lot of real estate, a minimalist version that only activates critical HUD elements, or you can simply customise your own version, turning elements on or off as you see fit.

Assassin’s Creed Unity is an odd duck. I’m extremely glad that it’s completely playable on PCs that don’t hit the significant minimum requirements, but that’s just the first in a long line of inconsistencies. Options are all over the place, there’s no benchmark tool, and players have been faced with heaps of performance issues regardless of their rig. It makes it seem like Ubisoft were being cowboys when it came to making the PC version, and this makes it even harder to gauge what an “average” PC user is going to experience when they fire the game up.

While I found the PC version to be superior to its console siblings, I can’t recommend it without a demo. There are just too many issues cropping up across a broad range of systems. At the very least, waiting for some more patches is highly recommended.