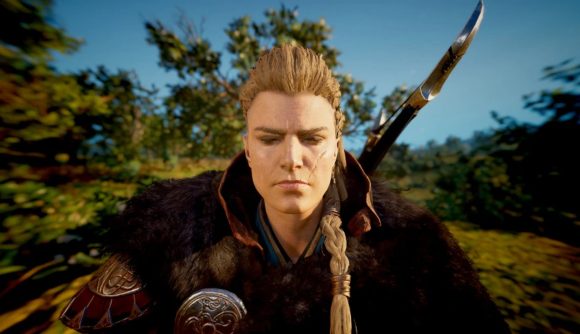 We know that Assassin’s Creed Valhalla is getting another year of content, and some substantial DLC is due to launch within the next few months. Now we’ve gotten the first hint of what one of those new content types will look like, as a PlayStation Network update has added some new trophies to the game referencing the ‘Tombs of the Fallen’.

The two new trophies are Spelunker, for completing one Tomb of the Fallen, and Crypt-ologist, for completing three – both spotted by AccessTheAnimus. A similar pair of trophies were added for the free Mastery Challenge update back in June, so it’s safe to expect the Tombs of the Fallen to be similar in scope.

Valhalla doesn’t have tombs – at least, not as a defined type of game content. In Assassin’s Creed Odyssey, however, tombs essentially served as a set of puzzle and platforming challenges. Valhalla’s Master Challenges provided tests for your combat, bow use, and stealth abilities, so a new set of challenges for traversal would be neat to see.

With these trophies already live, it’s likely we’ll see the Tombs of the Fallen in-game soon.

A new set of trophies has been added to #AssassinsCreed Valhalla and it seems to involve an upcoming piece of content called "Tombs of the Fallen"!

Considering it involves at least three tombs to explore, could this be the official name for the Odin Runes dedicated content? pic.twitter.com/uSDIyAlx19

For more open-world games to enjoy in the meantime, you can follow that link.