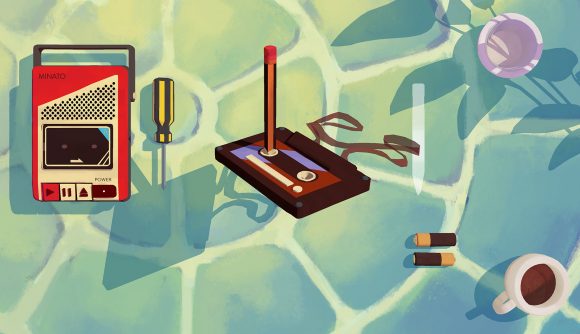 Assemble With Care, from ustwo, the makers of Monument Valley, is a quaint little game about fixing things in a small, quiet town, and the stories people attach to possessions that mean something to them. It’s quiet and reflective, and it just got a free update.

Ustwo rolled out the new content this week, in an update on Steam that explained that the first new object for players to fix is actually cutting room floor material. “One of the winners, that everyone loved and wanted in the game, was too complex,” the post reads. “There was no way to fit it into the story in a way that wouldn’t break up the pacing and take us too long to finish. So we decided against it. Until now.”

The item in question comes from Carmen, a café owner in Bellariva, where the game’s set. She tasks you with fixing up an espresso machine for her sister, Helena, in an epilogue to the main story. It’s the first of what will be several free updates that will be released in due time. In addition, Russian voice-over for the whole game is included here, too.

If you’ve never played Assemble With Care, it’s an easy-going puzzler that celebrates Eighties technology and the charming, inter-twined history of small towns. Playing as Maria, you restore the townspeople contraptions while listening to them talk about why what they’ve brought you matters to them, uncovering Bellariva’s secrets as you go. It’s discounted on Steam at the minute, where you can also pick up the soundtrack.

The Steam Game Festival is currently underway if you want more gentle games to check out. We have a list of the best demos.