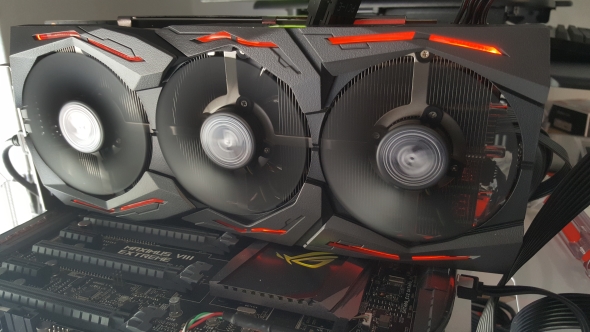 There have been rumours that Asus were to launch an AMD-exclusive brand of gaming cards, but the company have made it official by adding a section onto their website specifically for the new AREZ range.

The new AMD gaming brand will exist outside of the Republic of Gamers brand in what looks like a move inspired by the new Nvidia GeForce Partner Program (GPP). It was first mooted by Videocardz back around the start of the month, and with a holding page for the range now appearing on the Asus graphics card site we can probably take that as confirmation it’s going to happen.

Well, when there are actual AMD graphics cards they can sell, anyways. 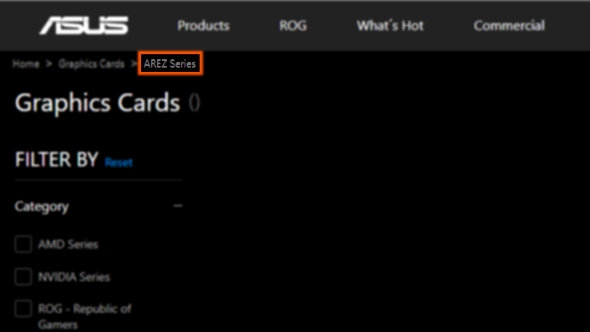 When GPP was first unveiled there was a big stink created about the anti-competitive practices alleged by HardOCP because of a document they had seen where it was written that GPP-compliant partners would need to have their “Gaming Brand Aligned Exclusively With GeForce.”

This was interpreted as meaning that partners could no longer sell AMD cards as gaming cards. That’s not strictly true, as Nvidia explained to us when we asked, and is evidenced now by Asus creating a new gaming brand for their AMD cards. They’re still using the same STRIX name, but have separated it out from under the ROG umbrella. 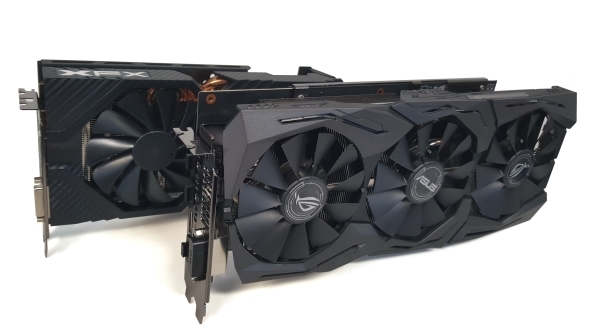 You could still argue that AMD will lose out by not having the Republic of Gamers branding on their cards, but as the AREZ range is still likely to use the same cooling and components as previous ROG AMD cards it’s a change in name only. And how many gamers are swayed more by the brand name than the relative price and performance of a card?

The AREZ name is expected to be applied to existing generation cards (given AMD aren’t going to release any new gaming GPUs this year) with a list of AMD-exclusive AREZ cards also appearing online.

So it looks like the GPP definitely isn’t going to stop the likes of Asus, Gigabyte, and MSI selling their own AMD gaming graphics cards, as we said right before. And AMD get their own Radeon-exclusive ranges without having to spend a penny themselves… though without the Nvidia dollar helping market the old joint GPU ranges they may now have to invest a little extra cash.