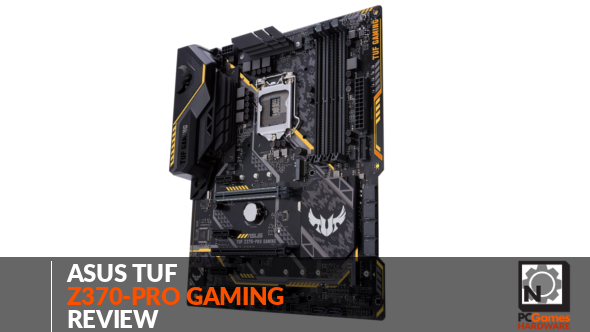 Just because the only chipset available for the Intel Coffee Lake CPUs is the high-end Z370 that doesn’t mean you have to empty your wallet to get serious gaming performance from your new chip.

You’re also going to need a quality GPU to drop into your gaming rig, so pick from the best graphics cards around today.

When it was revealed that 200-series backwards compatibility wasn’t going to be on the table with the new Intel processor platform there was much weeping and gnashing of teeth (so sayeth the CPU bible). And when we found out that Intel were only going to be releasing their top-end chipset into the wild at launch, with the budget-oriented H370 and B360 boards not coming until well into the new year, the tech world became a veritable puddle of salty tears and broken shards of enamel and dentine.

And then, when it turned out the Intel Core i5 8400 was a stunning piece of hexcore gaming silicon with a price tag that only seemed to make sense when paired with a budget, non-overclocking focused motherboard, well… skulls simply exploded in a shower of incredulity and viscera.

It’s been a messy launch. And that’s before we get into the woeful Coffee Lake stock issues… 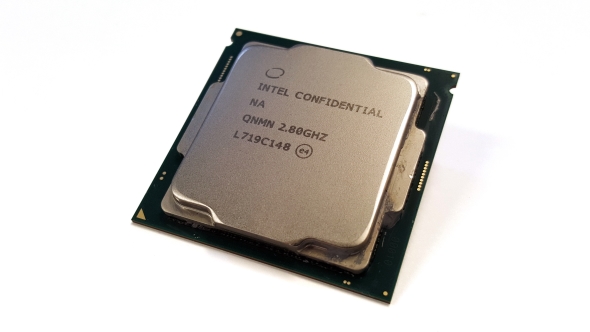 But before you wear out your dentures with despair there are Z370 boards out there that don’t cost a Titan’s ransom. Asus’ TUF Z370-Pro Gaming is one such example: a $160 (£158) board that packs in a decent level of mobo featurism and a level of gaming performance that will have you questioning the need to really spend more.

It’s not the cheapest Z370 around – ASRock’s Pro4 and MSI’s Z370-A Pro have that honour – but the TUF range has become Asus’ budget gaming brand. That means it still packs in features such as SLI compatibility, reinforced GPU slots, and isolated on-board audio, while skimping on the more deluxe features. Due to that, it only sports a six-phase power design and doesn’t have the rigid board armour that its forebears had. Which is a shame because the board does feel a little more flimsy than something like the MSI Z370 Gaming Pro Carbon AC.

And, I hesitate to say this, it doesn’t come festooned with RGB LEDs either. I know, I feel your pain. It’s something of a deal-breaker, right?

But the TUF Z370-Pro Gaming still retains the CPU, gaming, and overall overclocking performance of the $200+ boards we’ve tested in the Coffee Lake range. And, thanks to Asus’ typical belligerence when it comes to the rated Max Turbo clockspeeds of Intel’s new processors, you also get superior out-of-the-box performance when compared with MSI’s boards.

The all-core Turbo enhancement, which gets added when you set up your memory’s XMP in the board’s BIOS, allows you to run the full six-cores of Intel’s at its standard single-core frequency of 4.7GHz. That gives it a pretty healthy performance advantage over the competition, at least until it comes to overclocking.

That’s not to say the TUF Z370 falls down when you start tweaking the clocks. Even though it’s got that pretty limited six-phase power design our board was still able to push the Core i7 8700K up to a heady, stable 5.2GHz. 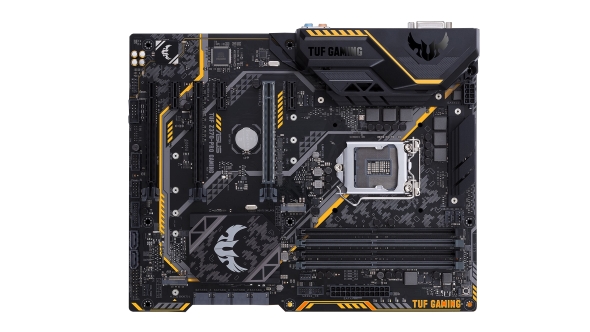 I’m not massively taken by the looks of the TUF – that dirty yellow striping makes it look more like a Gigabyte Aorus than the robust mock-military styling of the TUF Z270 version. But when we’re talking about the more price-conscious end of the market that’s far less of a concern than the board’s price/performance ratio. And, right now, that’s pretty damned impressive.

I’ll be intrigued to see how the cheaper ASRock and MSI Z370’s fare, with their only-just-north-of-$100 price tags, but the TUF Z370 shows the Coffee Lake platform doesn’t have to be the wallet-torturer some might have you believe.