Avengers, while still perhaps the most dunked-on game of 2020, has got a solid mechanical baseline for new content – I wrote a review to that effect a few months ago, you should check it out – and new stuff aplenty is on the way. The first major update for Avengers lands on December 8 and kicks off the first season of post-launch content with the arrival of Hawkeye. (Kate Bishop, not Clint Barton.)

Kate Bishop: Operation Taking Aim picks up after the end of the original game’s story so, uh, spoilers for that. Now that the Avengers have defeated MODOK, Monica Rappaccini has taken over AIM. Kate Bishop has come back from apparent death to find the other Hawkeye, figure out a mystery involving Nick Fury and time travel, and take on AIM herself.

Kate herself is obviously the big addition here. As the sixth addition to the playable roster, she’ll come packed with both archery abilities and teleportation options built from repurposed AIM tech. You can fire an arrow and teleport to its location for extra damage melee attacks, and blink around with tech-powered air-dashes and double jumps.

You can get a full breakdown of Kate’s abilities in the video below. The video gives a quick tease of Operation Hawkeye: Future Imperfect, the next big update, which launches in 2021. There we’ll be playing as the other Hawkeye in an apocalyptic version of the future, and as the title implies, we’ll be seeing the Maestro version of Hulk here, too. 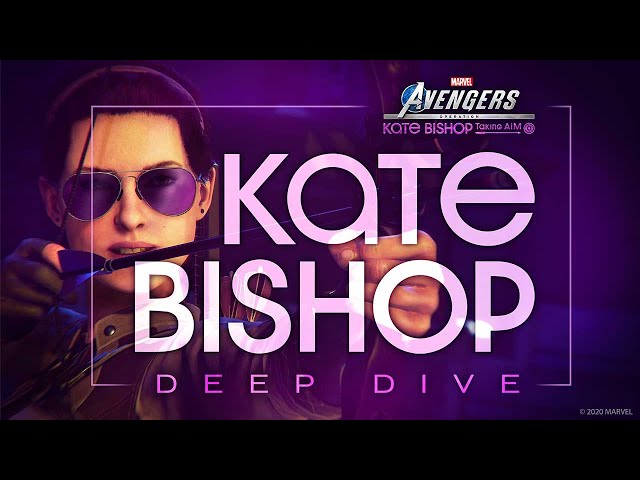 “We’re always listening to our players, including asks for future features like cross-platform play”, the video also says. With the Steam player count already down in the three-digit range, that’d be especially nice on PC. Avengers was one of the top ten best-selling games of the year at the time of its debut, but interest has certainly waned since launch.

Hopefully this update will be the start of a more satisfying Avengers, er, endgame, even if our Spider-Man PC dreams remain unfulfilled.