I saw a lot of chatter after the Baldur’s Gate III reveal that it looks like Divinity: Original Sin 2. Bizarrely, much of that chatter was negative, as if it was somehow a bad thing – rather than an encouraging and entirely appropriate one – that the successor to the most influential series in CRPG history should resemble the best recent entry in that genre. Or that it’s somehow unexpected that a game made in the latest version of Larian’s engine would resemble its previous output.

Whether you’re happy or sad at the resemblance, Baldur’s Gate III’s early access demo doesn’t do much to dispel it.

From the lovely plinky-plonky menu music and its backing of breathy choral voices through to the UI, I’m reminded – in a fuzzily nostalgic way – of my DOS2 playthrough. There’s a thrilling sense of taking one’s first steps on what will be an epic adventure: seeds are planted at every stage of this demo that promise to mature only after another hundred hours or more.

Why, for instance, am I invited to make a second avatar in character creation, prompted only by the questions: “Who do you dream of at night? Who attracts you?” What’s up with the mummy in the gold face-cage, promising that we’ll meet again at some point in the future? And of course, the driving question of the main story: why, having been implanted with Mindflayer tadpoles, aren’t we all sprouting tentacles yet? 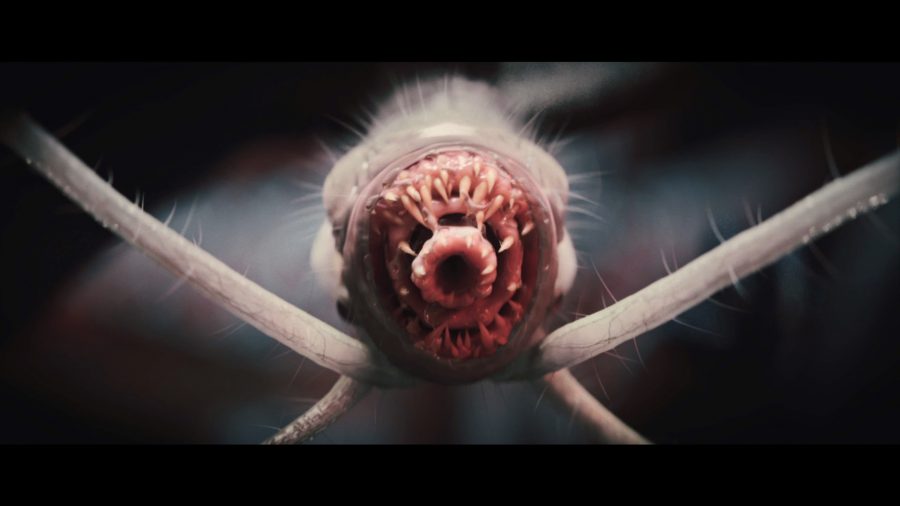 But for all that’s familiar, enough has changed to make clear that this is a different game, set in a different universe, with a very different sensibility. The colour palette is a touch cooler and less saturated, while the UI is handsome dark wood. Baldur’s Gate III’s fantasy races – directly based on those of Dungeons & Dragons, like everything else about it – go as far as horned Tieflings and bat-nosed Githyanki, but not so far as plum-voiced humanoid lizards. Your characters crouch when they enter stealth, rather than conjure comical rocks and bushes to hide beneath. Larian’s tongue has been removed from its cheek.

Chilling screams play over wrenching pops and stretches, like a balloon animal made by someone who hasn't had sex in a while

Not that DOS2 wasn’t capable of darkness on occasion. A lot of the lore surrounding the use of Deathfog is horrific. Hell, one of your own party is trying to rip people’s faces off to fashion himself a disguise. But in the opening moments of Baldur’s Gate III I find a Mindflayer abductee writhing in a cartilaginous chair with his head sliced open and his exposed, possessed brain pleading to be let out of his skull. Ignoring the bossy warnings of Lae’zel, my Githyanki companion, I carelessly flick a switch and another prisoner is transformed into a Mindflayer. The horrific bit here is the soundtrack: some pretty chilling screams play over a cascade of angrily wrenching pops and stretches, like a balloon animal made by someone who hasn’t had sex in a while. 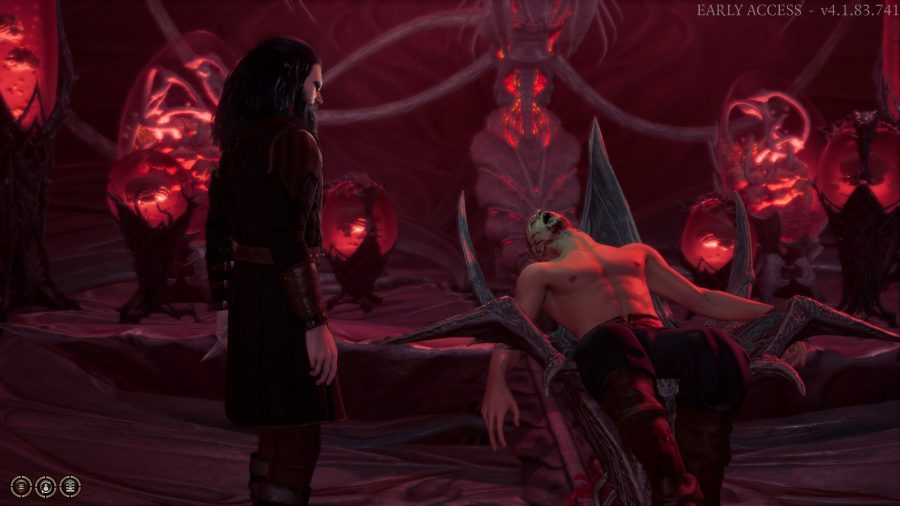 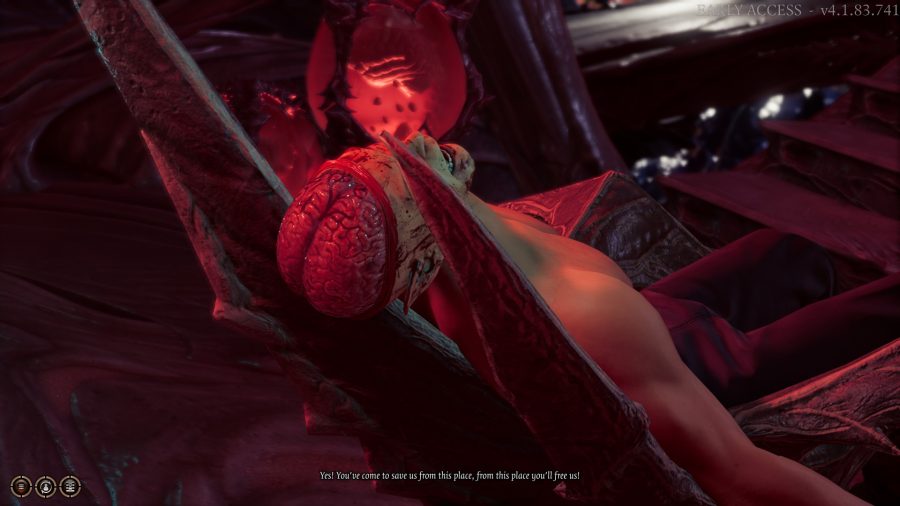 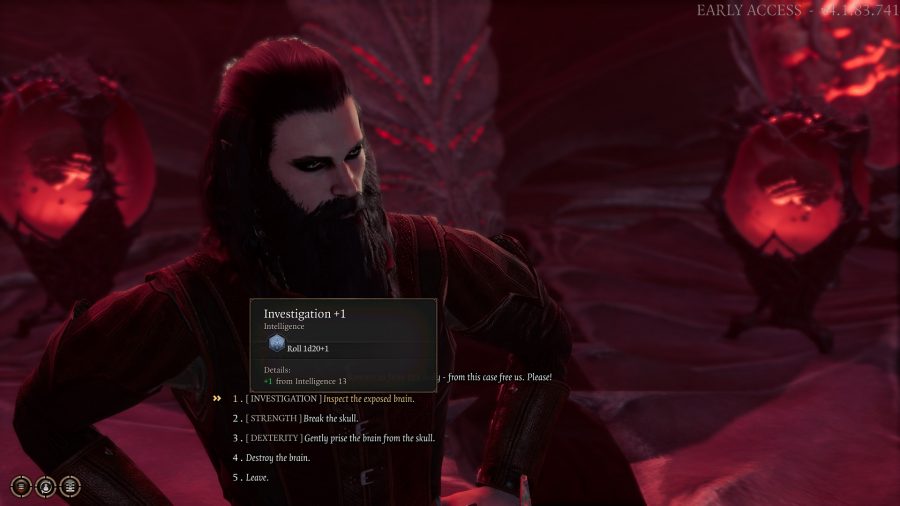 The Githyanki are mortal enemies of the Mindflayers, and the thrilling opening of Baldur’s Gate III sees them attack one of their ships (a so-called Nautiloid) while riding a pack of red dragons. Attempting to flee, the Mindflayers teleport into Avernus, the highest of the Nine Hells, and the first of several eye-popping visual moments occurs when Lae’zel and I gain the ship’s interior to see the terrain of Avernus literally moving beneath us. I’ve never seen such a dynamic backdrop in a CRPG like this before, and it’s exciting to think how gorgeous or exciting future settings in the game might be, especially since you can see them up close, too. Zoom the camera in all the way and you could almost mistake BGIII for Dragon Age.

Feeling nostalgic? Check out the best old games that still hold up

As devils and Mindflayers fight for control of the ship, we manage to teleport it back to the vicinity of Baldur’s Gate, and I explore the game’s first proper area: a lush, sun-kissed stretch of the Sword Coast near the river Chionthar. There are yet more opportunities to drool over the graphics and more echoes of DOS2: abducted by a vessel, a crash-landing on a sunny beach following an attack, and a starting area in which you explore and form a party from fellow survivors. Larian could easily have avoided these if it really wanted to, so clearly the studio is relaxed about such comparisons. 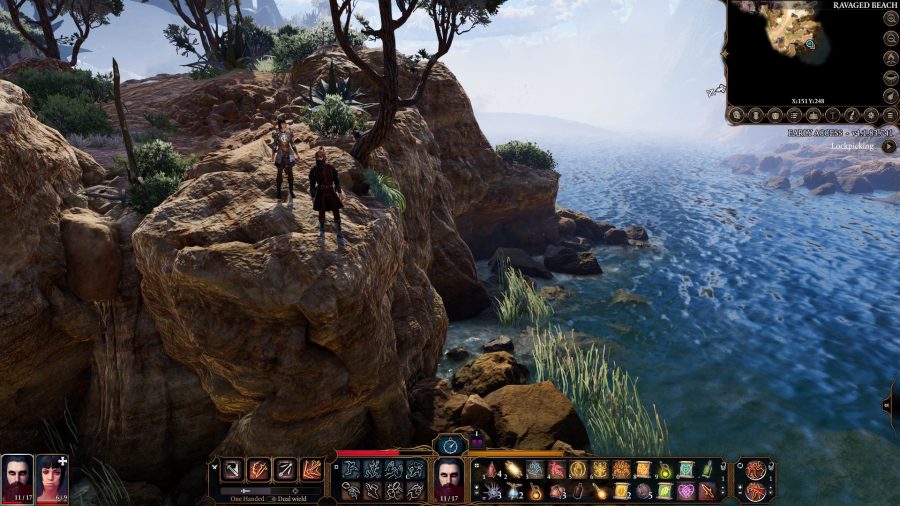 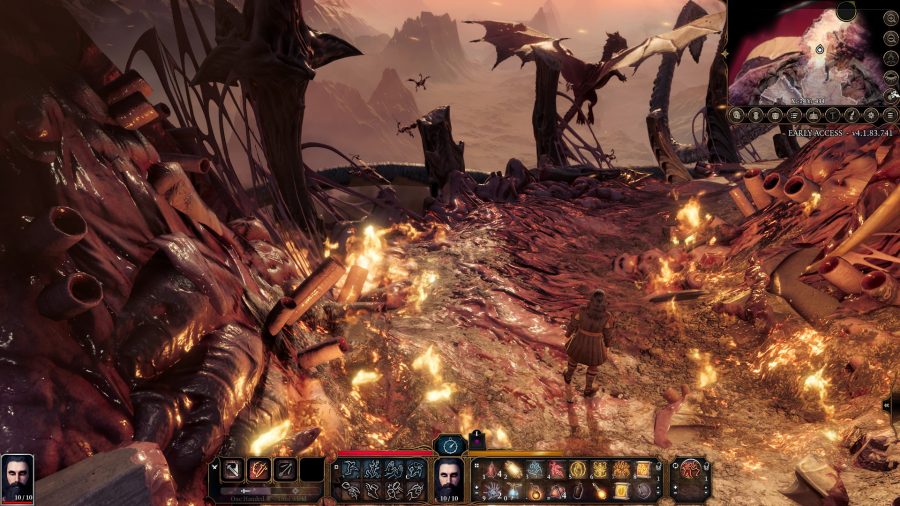 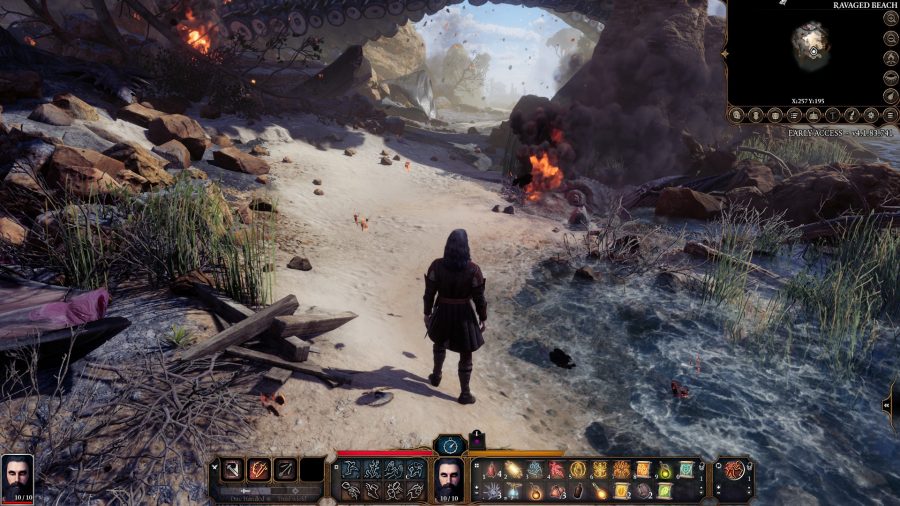 Those survivors are dicks, by the way. Half-elf Cleric Shadowheart’s default expression is a sardonic, “are you really this stupid?” raised eyebrow. Arrogant human wizard Gale is quick to declare his abilities and to express disappointment in your lack thereof, stooping with hands spread and palms upturned as if explaining the benefits of a lifejacket at sea. Haughty vampire Astarion’s first act is to put a knife to our throat, and Lae’zel, as established, is perpetually exasperated at everyone’s refusal to do as they’re told all the damn time.

My tabletop friends often wished to feel more immersed in the games we played, which is something videogames can offer

The many different forms of contempt on offer are a fantastic exhibition of Larian’s facial animation tech – noses wrinkle and brows furrow, and though there’s still work to be done, the transitions between these expressions are looking smoother than they did in the preview earlier this year. And I get that we’re at the start of a long adventure, that all of these people have reasons to keep their guard up around strangers, and that those barriers will fall in time.

We liberate a handful of locals from the psionic grasp of a dying Mindflayer, but not before it tries to ensnare me in a scene that vividly describes the monster trying to make me love it. This is the kind of immersion that you can only get on the tabletop with the most poetic dungeon masters and the most effortful set dressing.

Yes, comparing the digital and tabletop experiences is daft, but I can remember many conversations with tabletop friends in which we wished to feel more connected to the games we’re playing: from the semi-realistic (a basement room paved with flagstones and a chest full of custom scenery) to the clearly fantastical (a gaming table that could project moving holograms of our Warhammer armies). There’s a lot to be said for videogames’ ability to take the concepts in a D&D rulebook and put them in front of your eyes like they’re real. It’s an ability my dry-wipe graph paper and poorly painted miniatures simply can’t match. 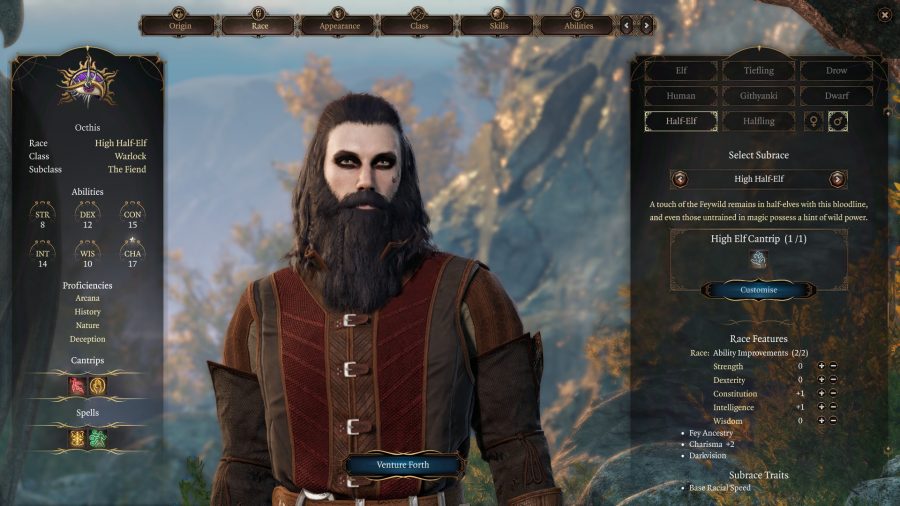 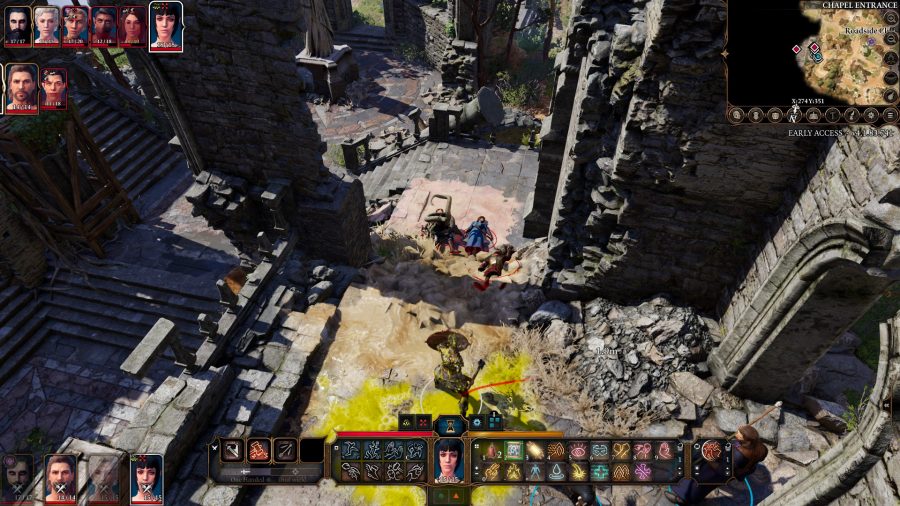 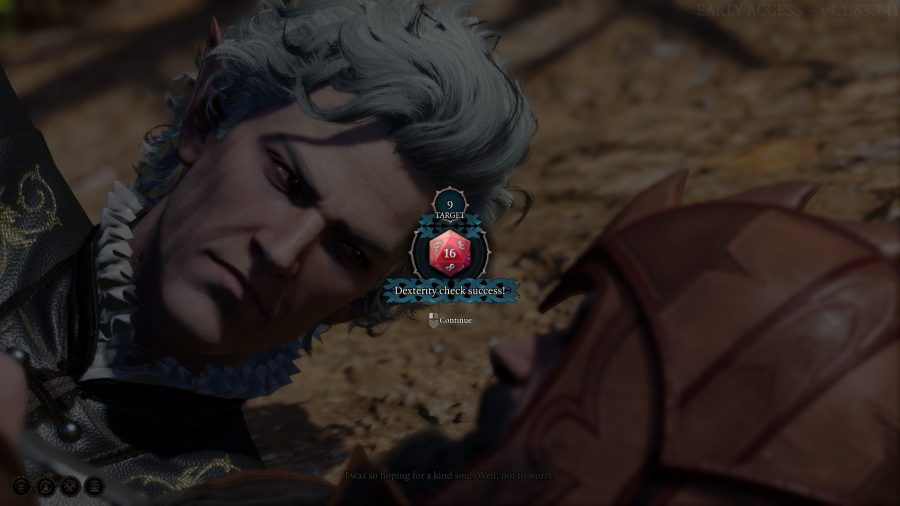 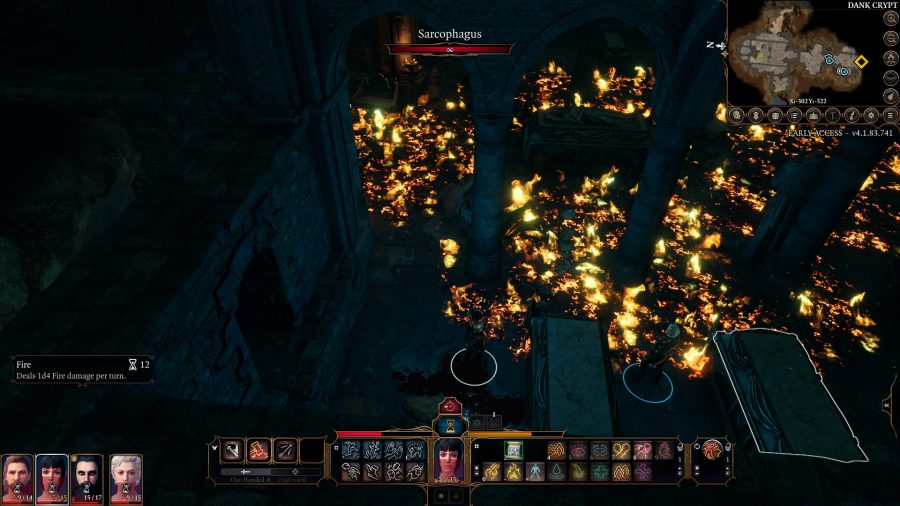 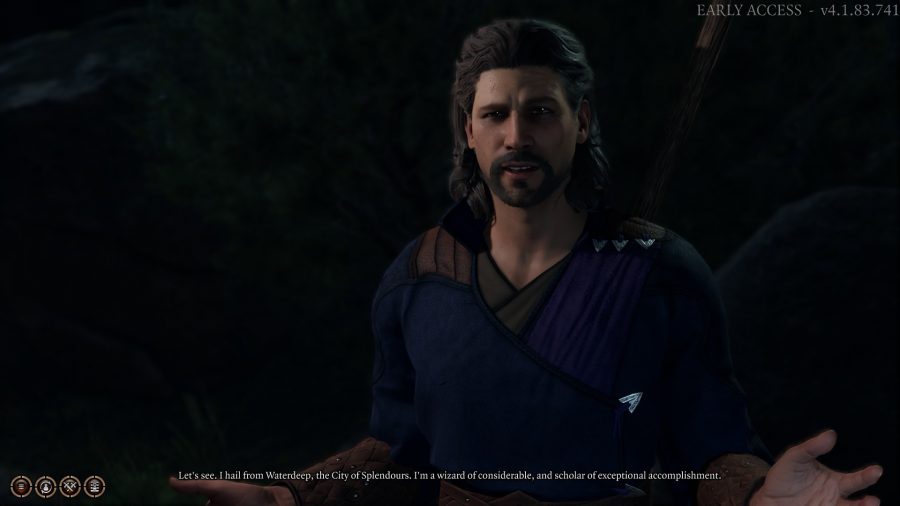 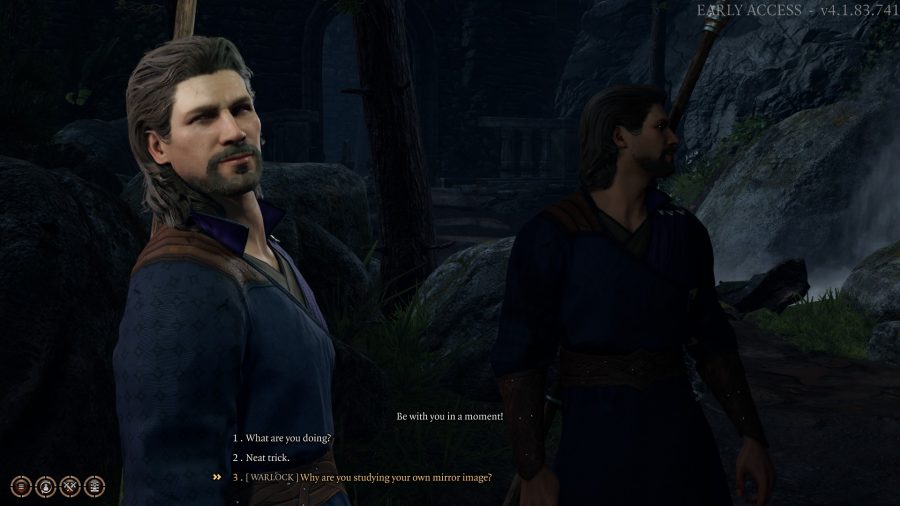 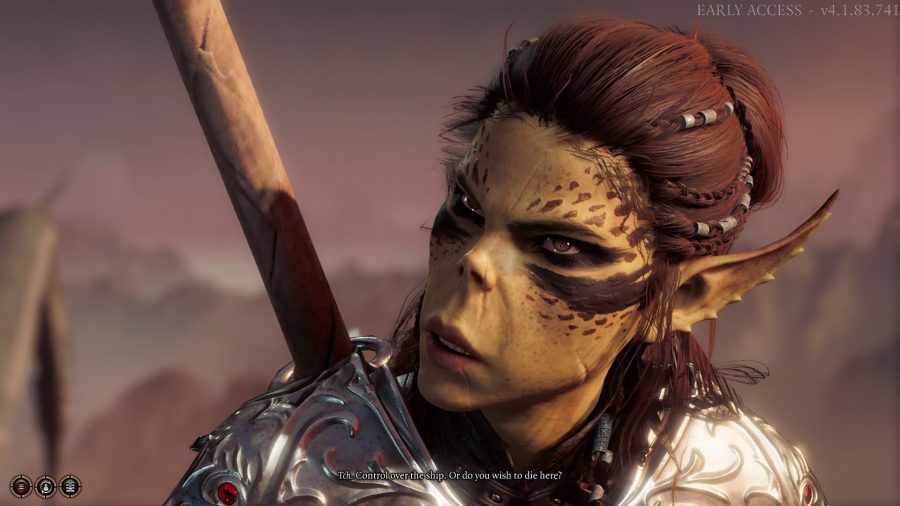 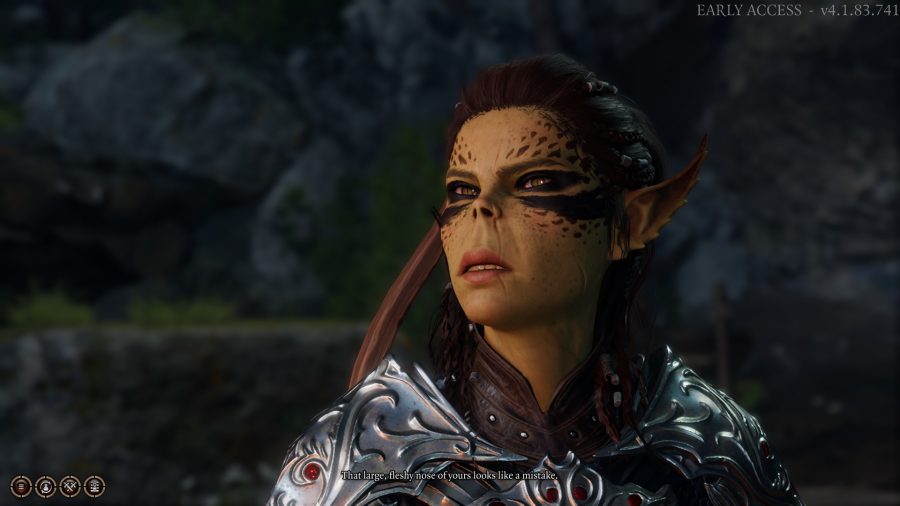 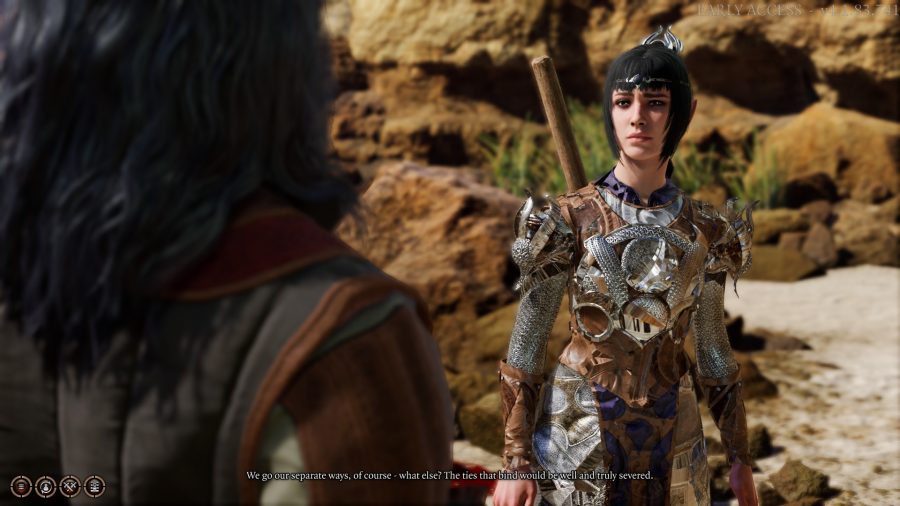 Of course there are bugs and glitches. The limbs of dead NPCs stretch like elastic bands across the sand. Plenty of animations are still rough and robotic, cinematics missing. A door that I unlocked has not only closed but become non-interactive, obliging me to traipse through a room of fireball traps in order to fully explore an early dungeon.

Such are the joys of early access. But there’s already a palpable sense that Larian has brought an obsessive attention to D&D detail to this game, as has Creative Assembly to Warhammer Fantasy. It’s evident from the character creator onward: it’s in the virtual D20 that you roll for skill checks, the sense of familiarity as I build my Eldritch Blast Warlock similarly to his tabletop equivalent (allowing for the fact there’s no Archfey patron in the videogame).

Everything feels right, and if Larian follows through, it’ll deliver the finest depiction of Dungeons & Dragons in a videogame. Larian’s Swen Vincke has explained that he first pitched his vision for Baldur’s Gate III to D&D owner Wizards of the Coast after the first Divinity: Original Sin, but it took some time before Wizards felt Larian was ready. With that context in mind, it’s hard not to feel like everything up to now has been groundwork. Which means those comparisons have it the wrong way around. Baldur’s Gate III doesn’t look like DOS2. DOS2 was, at least in part, a proof of concept for Baldur’s Gate III.

Baldur’s Gate III is available now on Steam Early Access. October 09, 2020: This article has been amended to remove mention of an audio bug as the cause of the fault was found to be unrelated to the game and fixed.