Who needs Total War: Warhammer 3 when you can have Battle Brothers, the real best Warhammer game? This tactical turn-based strategy experience sees you lead a succession of miserable mercenary warbands across a pseudo-Germanic kingdom, each one doomed to become crow food as they pursue the foolish errands of petty nobles.

Civilisation is a fragile web of villages and cities separated by frozen mountains and dense forests. Bandits, goblins, zombies, cultists, orcs, and wild northmen constantly gnaw at the fringes, raiding caravans and slaughtering peasants while nobles squabble and war. Few other games manage to capture the gothic, medieval grimness of Games Workshop’s Old World, but there’s a catch: Overhype Studios don’t have a Warhammer license, so it’s not actually a Warhammer game.

For any other game I’d cram in a juicy mod to ramp up the Warhammer content and get my fix of Skaven and Trollslayers. Long before Total War: Warhammer there were Warhammer conversion mods for both Rome: Total War and Medieval 2. Mount and Blade has Warsword Conquest. You can even add Warhammer civilisation packs to Civilization V. There’s probably a Warhammer mod for graphing calculators. But Battle Brothers? Nothing even close.

It turns out modding Battle Brothers is hard, mainly because there’s no mod kit. Overhype Studios get asked why so often that they’ve made it an official FAQ item. Basically, some early design decisions mean that Battle Brothers content isn’t created in a way that can easily be modded, and the studio can’t change that now. It’s on the wishlist for a sequel but who knows if we’ll get one.

So, what’s a nerd to do? Make my own of course! 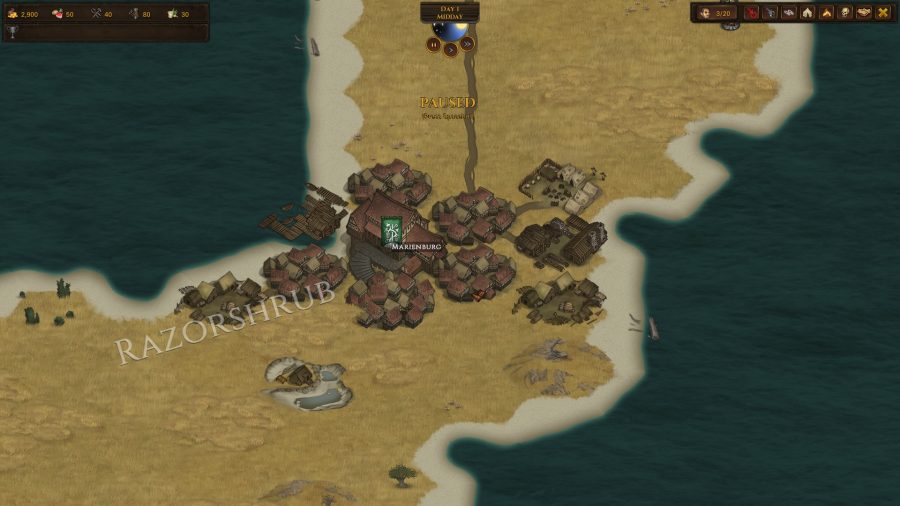 I’ve never modded before and my coding skill stretches to some rudimentary JavaScript, so my aspirations were modest. I could doctor the lists of place names with locations from the Old World, turn the barbarians into Norskans, and rewrite the cultist random events to have slightly more chaos-y text. It still counts if you only use ctrl+f, replace all, right?

Modding Battle Brothers is hard: the data was untouchable without a mod kit

Getting at Battle Brothers’ visual assets isn’t too hard, either. They’re just zipped up in the games’ data archive. The code is in there with them, but it’s locked up in .cnut packages. That’s not a reference to the medieval Danish king, but ‘compiled .nut’ file, a hint that most of the game is written in the lightweight scripting language Squirrel. These files stumped modders for more than a year: running them through a decompiler to decompress the data produces garbage.

This is one of the main reasons there were relatively few Battle Brothers mods. The data was untouchable. Then on 20 January 2019, accompanied by angelic choirs and the light of Sigmar, programmer Adam Milazzo released his mod kit.

Adam had been curious about the relative value of different mercenary backgrounds when recruiting fighters to his warbands, and to satisfy his curiosity he had to get hold of the game data. Nine hours later and he had not only worked out how the files were encrypted, but he’d also written a programme to reverse the process and make the game moddable. 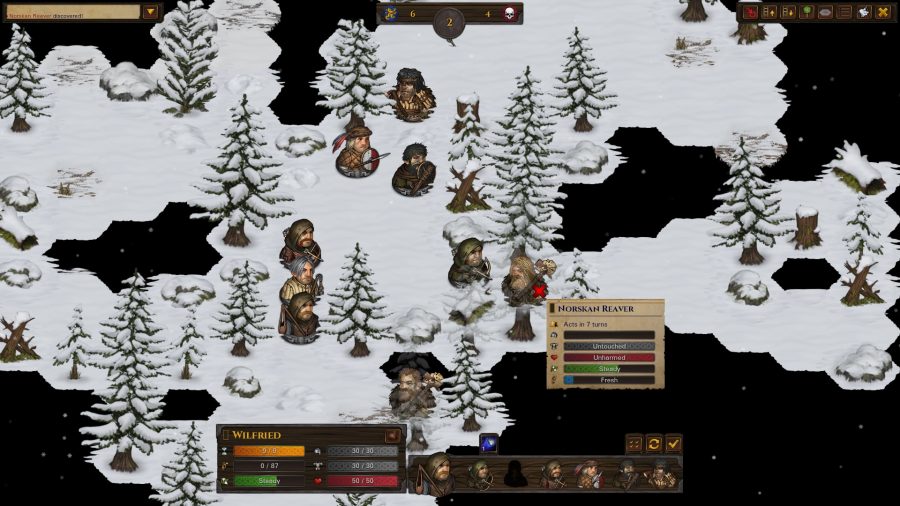 Only eight Battle Brothers mods were added to Nexus Mods in the year and a half between the game’s 1.0 launch and Adam publishing his code cracker. Within a week, seventeen more mods had joined them, and there are now over two hundred and fifty. It’s no exaggeration to say that Adam Milazzo made Battle Brothers modding possible.

Nothing is simple in Battle Brothers, and there can be a lot to process even for something as basic as a single bandit

The mod kit has grown since Milazzo first launched it and now includes tools to decrypt and decompile every script file in the Battle Brothers directory with one button push, and tools for packing sprite sheets and recompiling and re-encrypting files. My first stumbling block was the mass decrypter because, well, I’m a writer, not a coder, and it runs from PowerShell (a magic window that computer wizards whisper secrets into, commanding the devil inside the CPU to do their bidding). Cue some frantic googling before I could anything work.

But work it did! And I was suddenly drowning in an ocean of data. Nothing is simple in Battle Brothers, and there can be a lot to process even for something as basic as a single bandit. My intuition was right though: replacing some names was, just about, within my power. It just feels right seeing Warhammer cities on the Battle Brothers maps, even if Kislev keeps popping up in the south because city names are assigned based on local terrain, not latitude. And now when I’m brutalised by raiders, they are Norskan raiders. 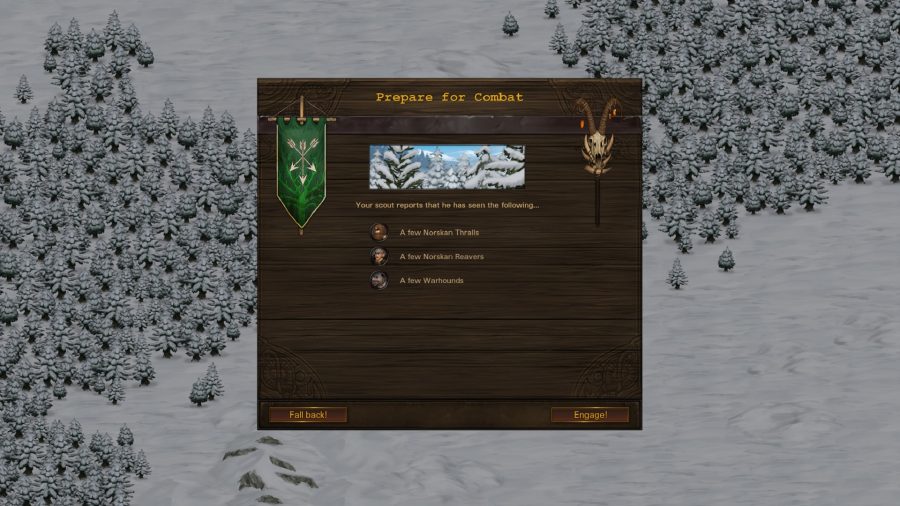 As for devoting the cultists to one of the Chaos Gods by making their event text even more chaotic? Well, I couldn’t get my new event scripts to load, but I did somehow disable one of the in-game fonts, so I’m going to claim a partial victory in my mission to corrupt the game’s text.

Will I keep this up? Maybe. With some serious planning and reverse engineering I think I could put something more interesting into the game – perhaps cobble together a fanatic to join the militia roster, Frankensteining together the AI from an orc and the body of a thug.

While you all wait patiently for Total War: Warhammer III, I’ll be here hammering away making the actual ultimate Warhammer Fantasy experience. If I keep at it I should be finished just before the End Times…