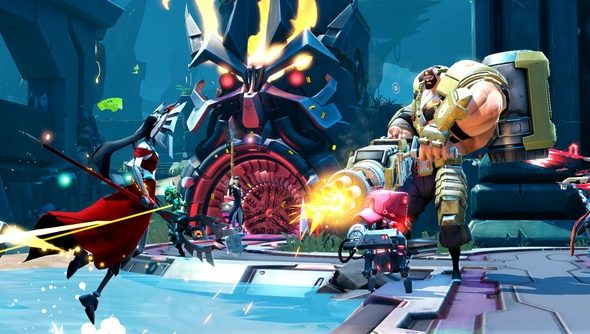 Initial impressions of Battleborn are that it has been designed by a teenage boy high on the fumes of his fanaticism for everything clichéd about videogames and comic books. Great pains have been taken to imbed every detail here with a degree of ‘badassery’, explosiveness and heroism that makes the likes of Guardians of the Galaxy and Street Fighter look like retirement homes for the criminally dull.

The character design alone signals an over-the-top, fantastical approach that puts even developer Gearbox’s most famous offspring, Borderlands, to shame. It’s attention grabbing, that can’t be denied. But like too much banoffee pie or raw cookie dough, the sheer, unyielding and exaggerated flavour causes you question its long term appeal.

Rich flavours are great, but only in small doses.

It’s in the little details, then, that Battleborn must shine and demonstrate a capacity to provide a long-term appeal to its players that doesn’t rely on shallow, recycled hyperbole of the sort that dominated the ‘90s skateboarding scene. 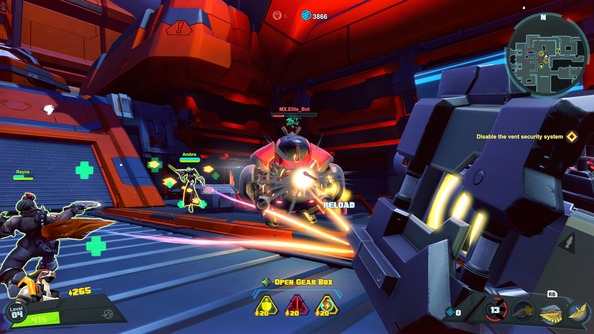 This is where its five versus five, e-sport/MOBA structure comes into play, hopes Gearbox, with its 25 different character classes and three game modes creating a web of possibilities that players can lose themselves in and attempt to master over time. While the game modes themselves are familiar, the density of jargon and the volume of character options is initially exhausting – suggesting that this is very much a proposition aimed squarely at those who revel in being categorised as ‘hardcore’.

“The goal is always ‘easy to learn, hard to master’”, explains Steve Gibson, VP of marketing at Gearbox, when this observation is put to him. “If you look at the capture mode, for example, if you’ve ever played a shooter then you’ve probably played some sort of capture mode at some point.

“And, at some point, you’ve probably played a character that has a gun and a grenade launcher. That’s what Oscar Mike is in our game, which gives you an entry point that you’re probably going to be comfortable with. Once you understand that play style then you can move on and get involved with the craziness from there.” 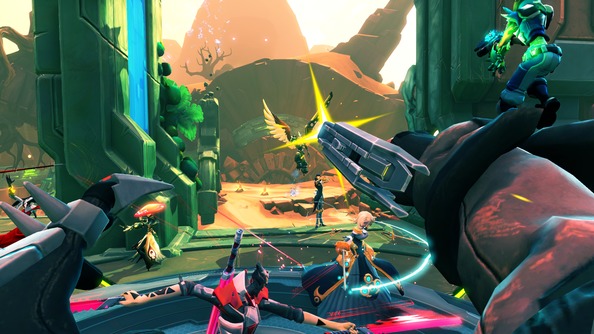 The capture mode referred to is Devastation, a setup that uses the same ‘hold these three points’ objective seen in countless other shooters. Oscar Mike is a Battleborn, one of the 25 unique characters available for you to select.

Incursion and Meltdown make up the other two modes – the former seeing you protect your base whilst destroying that of your opponents, the latter tasking both teams with protecting AI minions as they make their way to pre-defined scoring zones within the map.

Depending on the specific combination of involved characters, matches featuring the same mode and maps can play out in a number of wildly different ways, hinting at the potential for that much needed long-term appeal. Meltdown, for instance, owes a great deal to the likes of Dota 2 and League of Legends; your AI minions travelling along ‘lanes’ that your team must secure and hold in order to guarantee safe passage and, resultantly, gain valuable points.

Devastation feels more like Counter-Strike with acid trip visuals and future-tech weaponry – the way you split your five-person into smaller groups in order to dominate at least two of the three objectives being key to success. 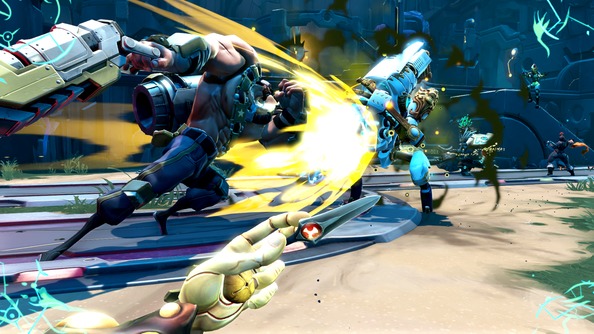 On the one hand, the fact that these venerable franchises are called to mind upon playing Battleborn is testament to the ability of Gearbox’s designers to tap into the public consciousness and understand what it is about these experiences that players identify with. On the other, such easy comparisons hint at a continuation, rather than an evolution, of existing gameplay concepts and mechanics.

Gibson, though, is not interested in shying away from highlighting and discussing these similarities. The idea to base the game around groups of five, for example, is not simply a coincidence…

“We experimented with less [than five players per team], but all the competitive leagues use that as the magic number,” he explains. “A lot of the people on the team play in Counter-Strike leagues that are 5v5. It’s just the staple for this kind of thing, right?

“When your five-person team breaks into groups you always get an imbalance as one group of three goes one way and a group of two goes somewhere else. It forces you to think about your tactics that bit more. 4v4, for example, is super predictable as you’re moving around as, and coming up against, groups of two.” 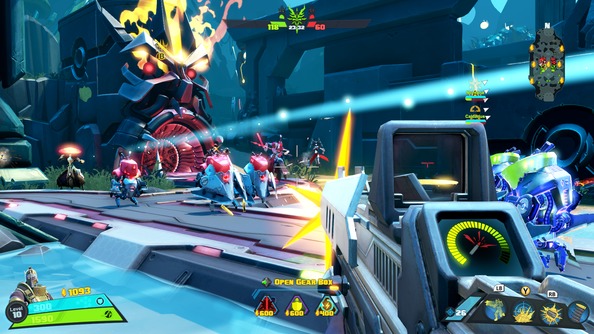 Sticking to the working 5v5 formula helps with the design of maps, too, with Gibson explaining that they’ve been able to take knowledge “from other people because we’re using the same five-person size that they use.”

However, Gibson is adamant that the inclusion of 25 different character classes is going to see Battleborn stand on its merits in the wild. “No one has made a shooter with 25 different character classes with this kind of PvP system,” he claims. “Other people are starting to think about it and do it, but no one has shipped that kind of game yet. So, yeah, there’s still a lot for us to figure out when it comes to that and how we make it work.”

Indeed, your character selection makes a tangible impact on how you and, hopefully, those around you play. If you’re the aforementioned Oscar Mike then you can comfortably ignore your teammates as you’re safe in the knowledge that you’ve got the firepower to hold your own in combat. If you’re the medic-esque Miko, though, or the staunchly melee-focused Boldur, then you’re going to need to work closely with allies to both stay alive and make good use of your unique talents.

Every character can be levelled up within a match up to ten times, each upgrade either buffing an existing skill or adding a new one in line with the character’s core talent base. Miko, for instance, is much more adept at healing at level 10… he doesn’t suddenly become a gun-toting maniac in the vein of Rambo. 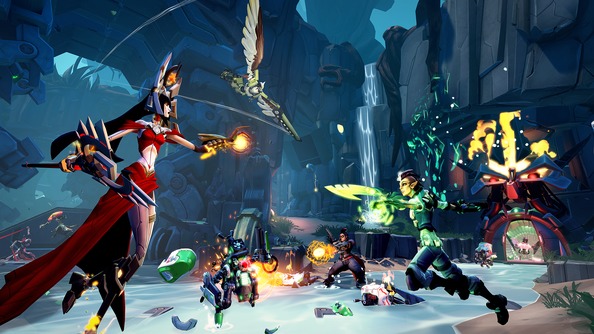 The idea is to give everyone a sense of progression within the confines of every match they play, allowing all players, no matter how infrequently they might play, to achieve that sense of satisfaction that comes with levelling up.

Balancing that instant gratification with longer term aspirations is going to be the key here. Like the cookie dough, if the sweet taste of advancement is too easy to come by then there’s always the risk of becoming bored and jaded due to the over-saturation.

There’s no denying the fact that I largely enjoyed what I’ve played. However, after only a few hours, fatigue began to set in due to the sheer concentration, intensity and, in some cases, familiarity of the mechanics on offer.

For certain, there’s the potential for a good game here. The balance just needs to be perfected. Good luck to Gearbox.