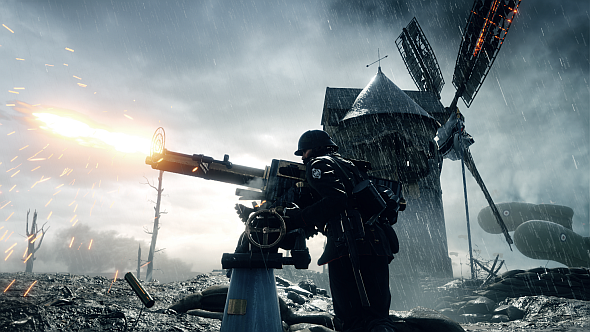 Battlefield 1’s forthcoming Incursions mode, announced at Gamescom, is a competitive twist on EA’s premier shooter. New mechanics and a 5v5 format create a much tenser feel compared the game’s other modes, and now we get to see how it looks in new gameplay courtesy of YouTuber Westie.

Enthusiastic servers of lead salad should report to the best FPS games on PC, for more delivery methods.

Westie is playing on a version of the Giant’s Shadow map, with modifications specific to Incursions. As you can see, destroyed terrain is reset between rounds, and there’s a unique scoring system: you win a ‘set’ by being the first team to 15 ‘tickets’, which are earned through killing enemies, destroying tanks, and over time by holding more flags than your opponents. Reviving teammates will remove a ticket from the enemy team. Half-time is after ten sets, and the first team to win 11 sets wins the match overall.

Incursions is sounding more interesting with every new thing we learn about it. In August, we heard that it’ll feature a MOBA-style progressions system. Developers DICE are also aware that their push toward more competitive gameplay will require “much, much better systems” to deal with cheating.

Could we have a new esport shooter on our hands? There’s a PC-exclusive closed alpha for Incursions due later this month, and you don’t even need to own the game to give it a try. Let us know what you think of Westie’s gameplay in the comments below.