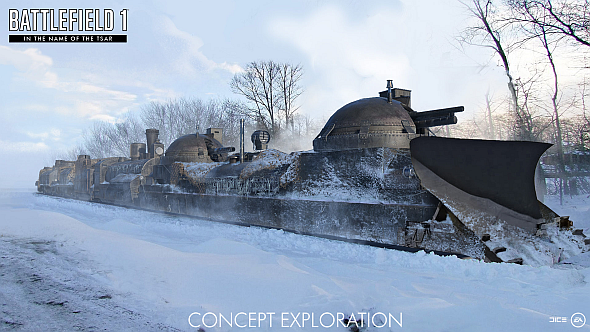 Battlefield 1’s spring update is imminent, and after a developer livestream earlier today, we got a closer look at what it’ll add: Platoons are coming back, as are several new weapon variants to unlock at class rank ten.

Free the world from various tyrannical threats by shooting stuff in the best FPS games on PC.

Platoons are essentially clans, and are a way to help you stay in touch and play with your friends. They were first introduced in Battlefield 3 but have been reworked from scratch, with new additions to enhance their visual impact on the game. Notably, squad names will change to the platoon name once it occupies most of the slots; capture point flags will show the emblem of the platoon that contributed the most to capturing it; and platoons will sit across several Battlefield titles, so yours should be useable in Battlefield 4.

If you start your own platoon you automatically become its general, having full control of its application policy and in-game messages.

Several new class rank 10 weapon variants are also coming in the spring update. PvP Live have a great breakdown of all the new guns if you’d like to scout their potential impact on the meta – it sounds like they could shake things up quite a bit, particularly the new Selbstlader and Martini-Henry Sniper variants.

The spring update will also enable medics to notify downed teammates if you’re coming to revive them (so they don’t mash the respawn button and waste your time). New ribbons and dog tags are also incoming.

The spring update will be the last seasonal patch for Battlefield 1 – as of May, they’ll be monthly. Finally, the next patch will also add private servers (and platoon generals will be able to link one to their platoon, just for you):