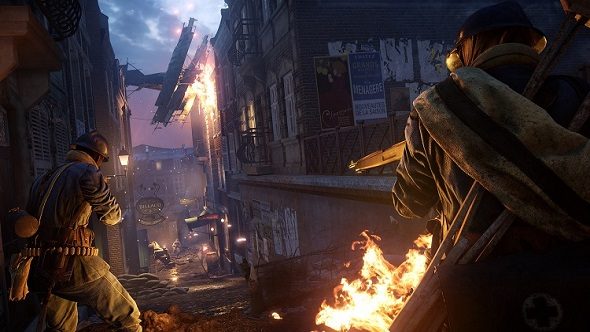 As Battlefield 1 moves to a monthly schedule of content updates, DICE are wasting no time in announcing new maps and features coming in the future. In a post over on the Battlefield blog, DICE have revealed more details on two upcoming maps, based around 1917’s Nivelle Offensive.

If you’re looking to work on your aim, check out these other PC shooters.

The “Prise de Tahure” map is set in the autumn following the Nivelle Offensive, with French troops trying to hold onto territory captured during their joint push with the British. The map has its frontline trench network cutting directly through several villages, forcing players to move between muddy trenches and ruined back alleys as they try to capture points. Expect plenty of snipers to be hiding in bombed-out buildings, ready to pick off any poor soldier that doesn’t check their corners. Prise de Tahure is set to launch on Battlefield 1’s Community Test Environment soon, so join up to test this map ahead of its general release.

DICE have also revealed that the next DLC pack for Battlefield 1, In the Name of the Tsar, will get its first gameplay demo at EA’s upcoming EA Play event on June 10. In the Name of the Tsar is currently planned for launch in late summer, so expect to hear of a definite release date during EA’s big pre-E3 conference.