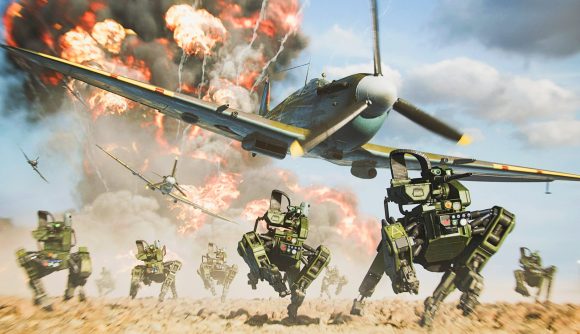 EA has released a patch for Battlefield 2042 to remedy some of its issues before the standard edition launches tomorrow (November 19). The new war game underwent a one-hour maintenance period yesterday, so it should be good to go.

The update targets server stability improvements and reduces instances of rubber-banding. The team has also managed to “significantly” reduce instances of stuttering on the Breakaway map – so the server’s performance should no longer dip if the silo is destroyed. Aside from that, you’ve also got other fixes to smooth out the experience ahead of the full launch tomorrow.

There are more performance updates on the way, too. Community manager Adam Freeman says that you’ll be getting two further patches before the year is out, at the very least. “In the coming weeks, we’ll have more to share around further upcoming fixes, balance changes, and QoL enhancements,” he says. “Over the next 30 days, we’re presently scheduled to release two further updates, with our next update delivering more fixes and improvements that we’ve identified during this first week of Early Access, and a larger and more substantial update following after that.”

The reception to Battlefield 2042 hasn’t been universally stellar so far. Various posts on the game’s subreddit describe a game in a pretty buggy state with oodles of performance issues.

In our Battlefield 2042 review, Christian says that the “near-future sequel has all the components it needs to become a classic entry in the multiplayer series, but it feels like 2042 is many updates away from reaching its full potential”.

Our breakdown of the Battlefield 2042 release time is here if you’re waiting to jump in for yourself. For other FPS games on PC, though, you can follow that link.