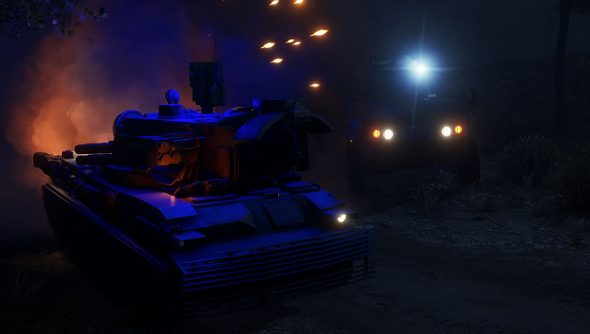 Battlefield 4: Final Stand marked the end of DICE’s series of premium DLC, but not the end of Battlefield 4 DLC. DICE has confirmed that all future content for the first-person shooter will be completely free for all players.

First off is the upcoming spring update, which adds the Gun Master game mode, a free-for-all deathmatch where players start with the same gun, and are awarded better ones as they kill their opponents.

Along with the new mode, all players will receive a gun pack containing five new weapons including the AN-94 assault rifle and both the Groza-1 and Groza-2 assault rifles.

That’s due out this month.

Following that is the night map update, which introduces night variants of existing maps, like Siege of Shanghai. There’s also the community map due out this summer, and a reimagined map from an earlier Battlefield.

And it’s all free.