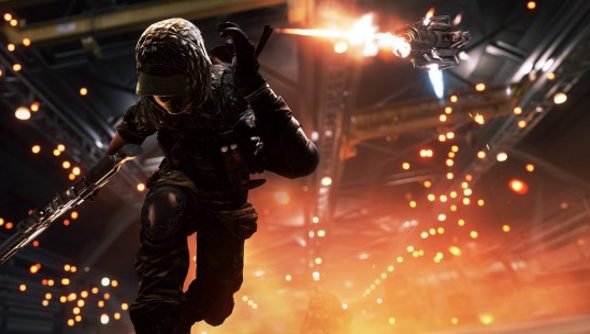 Non-premium members will have to wait a couple more weeks, however, and will get their mitts on the expansion on December 2nd.

With hovertanks, railguns and other experimental weapons, Final Stand seems to be a bit of a callback to Battlefield 2142, which was a cracking game, but – like Battlefield 4 – was launched in a terrible state.

All of the new maps are chilly, arctic affairs. There’s Operation Whiteout, set in Siberia during a blizzard; Hammerhead, pitting soldiers against each other around a submarine base; Hangar 21, a hi-tech military base; and Giants of Karelia, which sounds like a bad fantasy novel, but is actually a massive, open map featuring a mech factory.

DICE hasn’t revealed all of the nifty toys you’ll be able to play around with when it launches, so some secrets have already been uncovered. A couple of days ago, dataminers found mention of a compound bow in Battlelog, with fancy explosive bolts. And on Tuesday, Premium members might be able to get their hands on it.