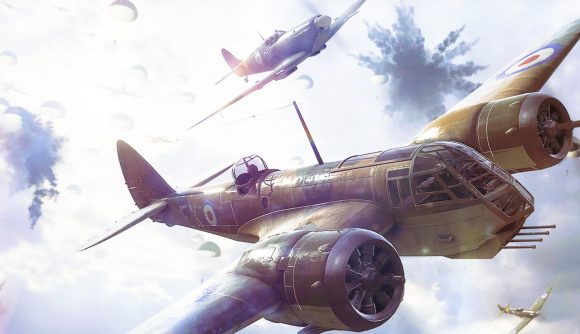 You’re getting a look at the new Battlefield game real soon. EA has posted on Twitter that the reveal is set to happen June 9 at 7am PDT / 10am EDT / 3pm BST, which sets it among the cavalcade of reveals and announcements we’re getting at E3 this year.

News of a reveal has been coming for a while now. EA took to Twitter back in April to assure fans that an official reveal is coming “soon”, with the development team “in daily playtesting mode right now: polishing, balancing, and making the best possible Battlefield game [it] can”. We also got some other snippets of information from Dice general manager Oskar Gabrielson in an accompanying blog post.

“I can tell you it is a bold step. It has everything we love about Battlefield – and takes all of it to the next level,” Gabrielson said. “Epic scale. All-out military warfare. Crazy, unexpected moments. Game-changing destruction. Massive battles, packed with more players and mayhem than ever before. All brought to life with the power of next-gen consoles and PCs.”

Since then, various Battlefield leaks have set tongues wagging, with several images surfacing online. Regardless, though, it looks like we don’t have long to wait to see the game for ourselves.

If you’re looking for the best war games on PC to keep you busy while you wait, you know where to click. Curious about the E3 2021 schedule? We’ve been keeping tabs on what developers and publishers have revealed because we’re nice like that.