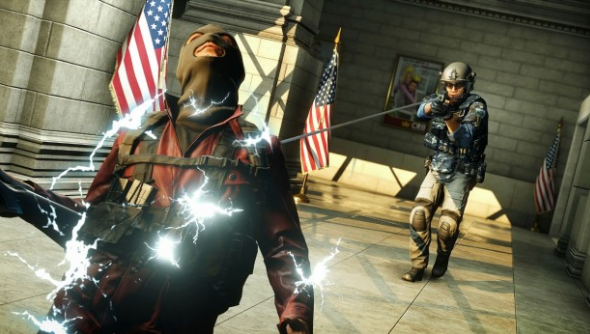 Battlefield Hardline has been under some some murder investigation-like scrutiny since its announcement. The E3 beta from last year did little to settle peoples fears, instead acting as evidence that perhaps the bullet hurling chaos of Battlefield wasn’t the right home for a game of cops and robbers.

But since that beta, Visceral Games have been working on improvements. With a council of fans and YouTubers guiding them, the studio has tweaked, refitted, and changed sections of Hardline in hope of producing something worthy.

The good news? Battlefield Hardline is distinctly better these days. The bad news: it’s still not going to convert anyone. 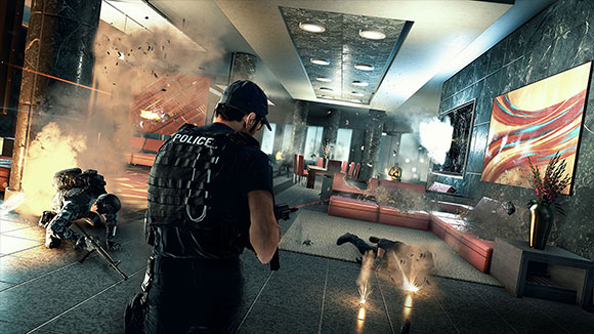 The current Battlefield Hardline open beta allows you to play three modes: Conquest Large, Heist, and Hotwire. Conquest is the same mode that’s synonymous with the Battlefield series, whilst Heist and Hotwire offer two new game modes that are tailored more towards the game’s cops-and-criminals theme.

Heist asks criminal players to break open a lockbox and then sprint with the money to an extraction point. This year’s beta sets the action on the Bank Job map, and it’s nice to see that the set pieces change depending on the map. Here the criminals drill into a bank vault, blow open the safe, and then must leg it to a helicopter extraction.

Whilst in the bank, criminals have the ability to lock shut the safety gates and force the police to navigate a labyrinth of corridors. Playing as the police, this results in frantic dashes as you recalculate your route, and desperately fire through metal bars in hope of killing players you cannot chase. Thanks to the destruction abilities of Frostbite engine, you can blow apart some of the false walls in the bank for a quicker approach, but the vault area still provides a nice challenge.

Heist works exceptionally well when squads work together. Escaping from the vault with a bag of money is impossible on your own; you need a group of gangsters to surround you and provide covering fire as you peg it through the city streets. Going solo, all it takes is a lone police sniper and you’ve failed. On the opposite side, a single police officer stands no change against a team of organised criminals unless they have backup. So like Battlefield has always been, Hardline requires a solid amount of tactical teamwork. Unfortunately the series still seems to frequently attract players who simply want to go lone wolf and just shoot suckers. 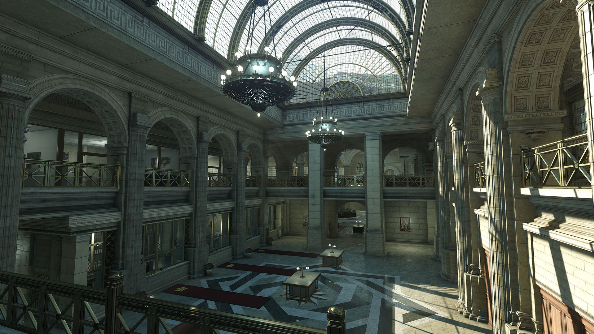 Hotwire is the open beta’s new mode that we’ve not seen before, and it’s the star performer. The map is home to a handful of cars that are marked for stealing by the criminals. Jumping in a marked car and bringing it up to speed ‘hotwires’ it, and scores you a chunk of points. Then, provided you keep the car running at speed, you’ll continue to pull in points. It’s the cops job to ram you off the road, kill the driver, or simply destroy the car to stop the criminals for scoring points. When a game goes well, it works beautifully. It’s Fast and Furious; muscle cars screeching through the city streets, masked thugs firing from the windows at the police sedan that’s ramming them from behind. Since the idea is to stay inside the car as long as possible, it completely changes the feel and pace. It’s a solid departure from the Battlefield formula, and that’s what Hardline should be.

Unfortunately Hotwire is the only mode that makes Hardline feel like a new and exciting game. For all of Heist’s merits, it simply feels far too much like Battlefield 4. The shooting, HUD, weapon design; it’s all near enough identical. It’s a good Battlefield game; small improvements like being able to take ammo from a support class rather than wait for them to hand it out is brilliant, and flashlights that automatically turn off and on when you raise the sights make Hardline feel like a game that’s studied the formula and ground out the niggles. But it feels so familiar that it’s impossible to feel like you’re playing a crime game; this is a military shooter, but occasionally someone uses a taser.

You dont have to shoot if you don’t want to. The beta allows you to take on the role of a Hacker, which is Hardwire’s take on commander mode. It’s a nice idea, but it’s incredibly boring. You watch a map with dots representing your team moving on it, and click on them to either jam their GPS signal so enemies can’t see them, or scan their local area to reveal enemy movements on the minimap. CCTV cameras can be hacked to let you see things from street-level, and the odd gas trap can be detonated to hinder the opposition. It feels massively departed from the action. Even if you are offering vital help, you’re bored senseless. 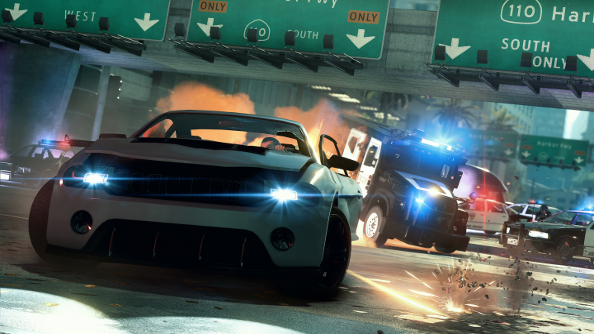 Hardline’s other notable problem is its equipment. Everyone starts out with the same gear, regardless of if you work for the police of criminals, which feels bizarre. Scoring points earns you cash to spend in the loadout store, and your new weapons are side-specific. But if you buy a new assault rifle as the police, the equivalent gun for the criminals isn’t unlocked too. This means that if you end up playing as one side more than the other, you could have vastly imbalanced characters. Unlocking weapons as you please with cash is a better system than having unlocks attached to levels, as it allows you to spend now or save for something better, but when guns unlocked at set levels at least you were allowed to use it no matter what army you were assigned to. The system is also inconsistent; buy a zipline and both criminals and cops can use it, but anything outside a handful of gadgets are exempt to the rule.

There are problems, but the main disappointment continues to be that Hardline still plays it too safe. This is a Battlefield game, so the idea that it should feel and play like one isn’t outside the realm of logic. But by choosing the urban crime fiction, the game modes and skills of the classes should be designed to reflect that world. Instead it feels like everything is a parallel – a mechanic is an engineer, Heist is pretty much Obliteration – and the overall feeling that Hardline is a total conversion mod still remains. A very good total conversion mod, one I’d certainly donate money to, but not an exciting new game from a studio with a strong reputation for creativity. It feels like Visceral wanted to produce something exciting, but was told by its parents that those ideas were nothing but a pipe dream, and instead they had to carry on the family business. So they’ve just made this year’s Battlefield, and I feel that’s all it will be remembered for.