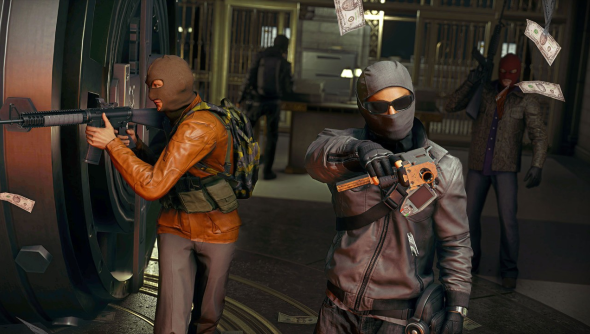 If Jack Bauer’s taught me anything it’s that you can hold in poos for 24 hours and not have an accident. If he taught me two things it’s that torture always works and almost anything can be turned into a torture device.

It must be true because Visceral’s made Battlefield Hardline’s interrogations super effective since the last beta. Taze someone to the floor and you can reveal every enemy player on the minimap.

EA’s published a list of other changes Visceral’s made since Hardline’s disappointing first beta.

As well as showing the benefits of pinning someone to the floor and hurting them till they tell you things, Visceral have added a Gadget Master class who’s a bit like the mechanic but has upgraded SMGs and phone. (Can you work a phone? You’re halfway to being a gadget master.)

Hardline aims to be a faster game than traditional Battlefield with much shorter rounds. They took that too far in the first beta and have made tweaks to the heist and blood money modes to draw out the rounds a little longer.

In a move that’s upset pyromaniacs everywhere: Visceral’s reduced the explosions in Hardline. There are still heavy weapons but not everything on the map has been doused in petrol.

Hardline’s audio’s been improved to give you a better situational awareness. ”You’ll hear louder footsteps behind you, as well as ambient sounds like rain and radio audio,” EA writes.

You can read the rest of the changes in EA’s blog post or read Matt’s write up of the most recent beta where he’s been hands-on with all the changes.