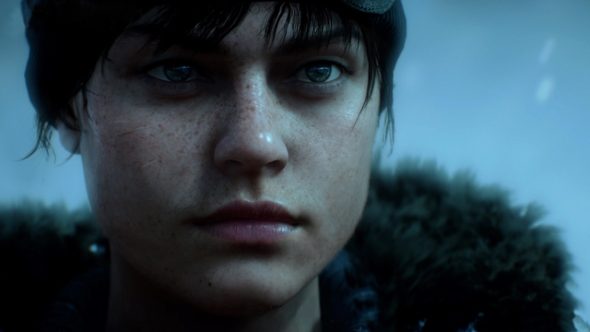 EA revealed Battlefield V last month with cover art and a trailer that celebrated the women who fought in World War II. The move prompted a subset of fans to condemn the game as historically inaccurate, and now EA’s chief creative officer has rejected that response.

“Either accept it,” Patrick Soderlund says, “or don’t buy the game.”

Soderlund told Gamasutra that the development team had pushed to include women in the new Battlefield, and that the decision reflected the game’s focus on the untold stories of World War II.

“These are people who are uneducated,” he said of complaining fans. “They don’t understand that this is a plausible scenario, and listen: this is a game. Today gaming is gender-diverse, like it hasn’t been before. There are a lot of female people who want to play, and male players who want to play as a badass [woman].”

Read all about the upcoming PC games E3 is leaving in its wake.

Soderlund says that his 13-year-old daughter, who plays as a female character in Fortnite, couldn’t understand the response to the Battlefield 5 reveal trailer.

“And we don’t take any flak. We stand up for the cause, because I think those people who don’t understand it, well, you have two choices: either accept it or don’t buy the game. I’m fine with either or. It’s just not ok.”