The bombastic reveal of Battlefield V confirmed that it’ll take us back to World War II. As is always the case with games set in this era, the trailer did an excellent job of showcasing the European theatre of war, complete with its iconic weaponry and vehicles. But DICE has said it wants to show areas of the global conflict that haven’t been touched by other games, and there’s one in particular that I hope it highlights: the Spanish Civil War.

Despite the large number of videogames set during World War II, what has rarely been depicted, is the Spanish Civil War. It precedes World War II, taking place from 1936 to 1939, but it served as proving grounds for the conflict that would follow, both ideologically and technologically.

While we wait for Battlefield V, here are what we think are the best WW2 games on PC.

DICE even has some assets ready, and could make use of the weapons and vehicles that span both conflicts. It’s a different time period, sure, but some of the groundwork is already in place.

Given the Battlefield series’ success to date in depicting different sides of a war, often offering a more international experience than its competitors, there’s every reason to hope that Battlefield V might be the game that finally portrays an important part of Spanish history. It could take us across a number of gorgeous locations in the process, from fighting through French villages to battling Fascist soldiers on the streets of Madrid, making use of the entire topography of the Civil War to deliver a number of fresh battlegrounds.

DICE’s refusal to whitewash military history would complement the effort, too, ensuring that the Civil War is portrayed accurately: the International Brigades had volunteers from across Europe and the rest of the world, and saw an influx of both men and women taking up arms. Instances of female soldiers and global involvement have been well documented in the conflict, so Battlefield V could help to further memorialise them in popular culture as the game is doing with the women who fought in World War II. 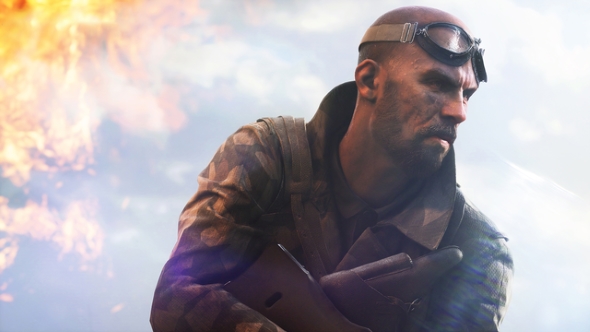 This is also a chance for DICE to expand upon the tragedy of war it so often conveys in the Battlefield games by including the battles in Barcelona, Catalan, and the bombing of the Basque region. Celebrated English author George Orwell – known for Animal Farm and 1984 – was one of the many that volunteered during the course of the Spanish Civil War, too, and his memoirs of the events, Homage to Catalonia, would make for excellent narration as part of an introspective single-player campaign.

Orwell’s memoirs, and the Spanish Civil War in general, also conveniently parallel today’s political climate, and so could be used to make players reflect on current affairs. Particularly relevant is that Spain was politically divided before the war, with successive governments becoming more extreme and undermining the previous administration – sound familiar? World War II does have the advantage of being able to deliver a universal message but it’s one that has been explored many times before. Including the Spanish Civil War in the game would help DICE to further distinguish its World War II shooter from competitors.

Despite all this, there are understandable reasons a developer might pause before setting out to depict the Spanish Civil War. The political tension that sparked the Civil War never truly faded, and so Spain is still struggling to come to terms with it. The complexity of the politics would have to be managed respectfully and carefully as well, especially as the victorious Fascist regime was in power long after the war, and its influence is still felt today. But, at the same time, that lingering Fascist threat is exactly why the Spanish Civil War is worth exploring in the context of today’s global politics. It worked forWolfenstein II: The New Colossus, so it could work for Battlefield V too.