Creepypastas are ghost stories that have spawned from the twisted collective imagination of the internet. They’ve been around since the beginning of the web, and offer some of the scariest and weirdest stories you can read – this will come as no surprise to you if you’ve ever tumbled down a YouTube or Reddit hole at 2am. We share your terrified pain.

Some of the biggest games and many of the most unexpected cult hits have taken influence from this creepy side of the internet. Heard of Slender Man? SCP? Jeff the Killer? Sonic.exe? Lavender Town? These are all Creepypastas that have managed to permeate the internet and, in some cases, even leak out of the digital realm and into popular culture at large.

For those of you that want to delve into some of the weirdest, strangest, and darkest games you can play on PC, we have a list of the best Creepypasta games. Be warned, however – you’ll need a sturdy constitution to cope with what waits within.

We’ve crawled around some of the internet’s foulest and spookiest haunts to bring you this, probably shedding years off our life expectancy in the process. Gulp. 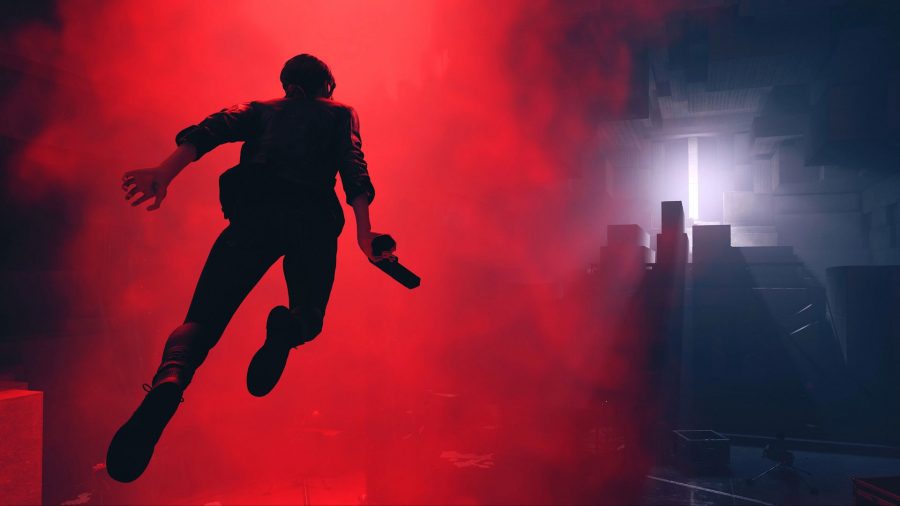 Control is the latest game from the imaginative minds at Remedy Entertainment, creators of Alan Wake and Quantum Break. Inspired by the SCP database, Control has you explore a facility designed to house the unknowable, the unexplainable, and the dangerous.

The SCP is an online record of the fictional organisation of the same name, which catalogues and contains unexplainable and deadly objects. Each entry is written like a military record, filled with redacted secrets and hints about some seriously strange happenings. You can see similar touches throughout the Oldest House in Control.

Control delivers on all those promises. It’s a weird, disturbing mystery of a game that we praised as “an entrancing Lynchian fever dream” in our Control review. 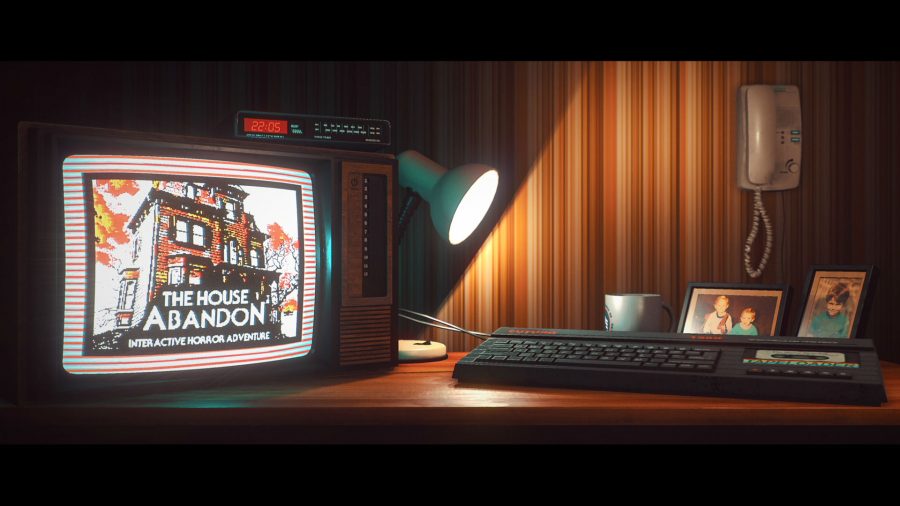 From Herobrine to Pokemon Blue, Lost Silver and Black, haunted videogames are probably the most popular form of creepypasta. You might think it difficult to convert stories about haunted games into a game itself, but Stories Untold’s first episode takes the creatures that lurk in the back of your cartridges and puts them in your computer instead.

In Episode One, you’re trying to play the text adventure The House Abandon, but something is immediately amiss. Cleverly setting up a game within a game, the makers of Stories Untold have both of the game’s layers intertwine, with the text adventuring affecting both the House Abandon and the room your character sits in while playing it. And if you think that level of detachment would diminish the horror factor, well, you’d be dead wrong. 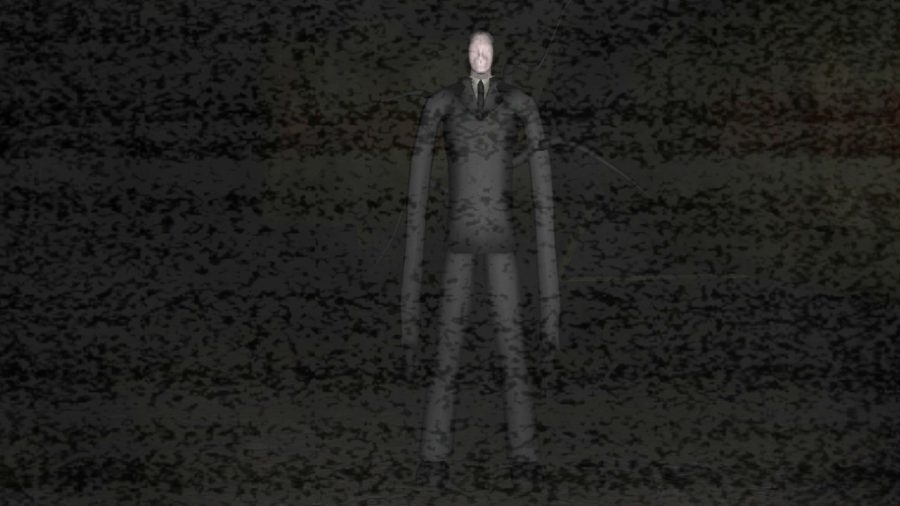 Slender Man is probably the most famous urban legend created on the internet. The monster’s infamy has been supported by not only games but a Hollywood film now, too.

a creepy, faceless, gaunt man who may or may not have tentacles

The best of the games, Slender: The Eight Pages, has you track down eight pages in a creepy forest, hunted by a creepy, faceless, gaunt man who may or may not have tentacles. It’s a simple yet hugely popular free game that relies heavily on jump scares. But don’t run away yet: it pulls off those scares so well that it doesn’t get boring, and you’ll probably want to keep playing until you’ve seen the game’s end.

Slender Man has been the star of hundreds of creepypastas, urban legends, YouTube videos, and – sadly – some depressing news articles. His popularity might be fading now, but he’s left a lasting impression on popular culture, the best horror games, and the creepypasta community. And this game is his peak moment. 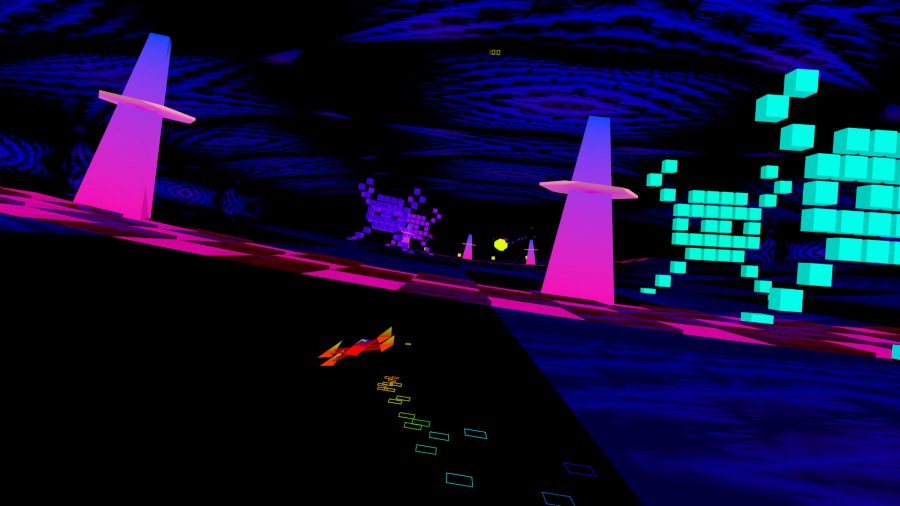 Polybius is an urban legend that might be older than the internet itself. The story goes that it was a game that existed in arcades across America in the ‘80s, which caused headaches, seizures, and memory loss. Each cabinet was monitored closely by the Men in Black, or some other shady government agency, before mysteriously disappearing.

After decades of rumours and creepypastas, programming legend Jeff Minter released his own version of the game in 2017. It’s an attempt to wrangle the various, often contradictory rumours about the original legend – except without the brainwashing or men in sunglasses.

The real Polybius is meant to trigger happy feelings in the player, not seizures, however. 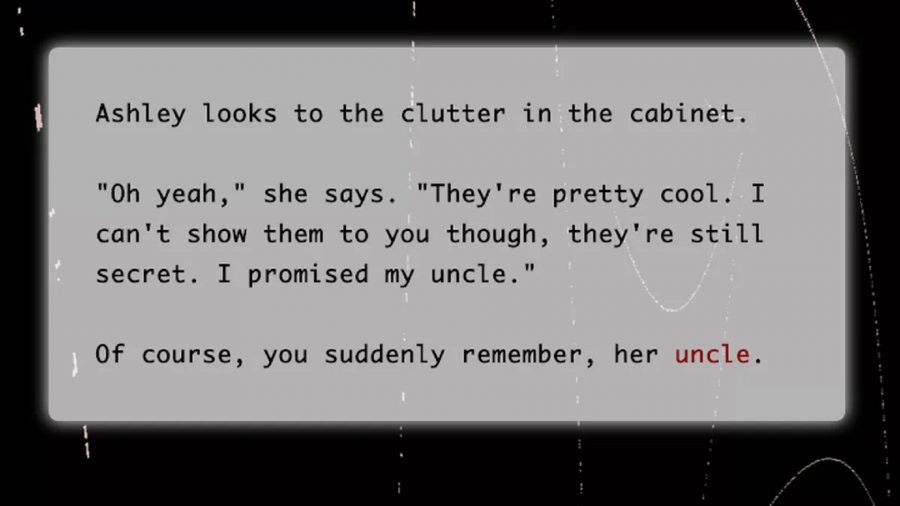 The Uncle Who Works for Nintendo

Back in our youths, everyone knew someone who supposedly had an uncle that worked for Nintendo. Whether they knew the secrets about getting a Mew, or how to unlock Sonic in Super Smash Melee, there was a child in every school that knew all the impossible secrets about Nintendo’s games thanks to a mysterious relative. These tricksters have taken on a new life online, their stories swapping from harmless white lies to something more sinister – a predatory videogame.

The Uncle Who Works For Nintendo takes some of these stories and weaves them together into a fun, creepy, and inventive text adventure that has to be played a few times to be completed. The story is initially played straight, transporting you back to those childhood exchanges on the playground, but something feels a little bit off. It’s then that you’re invited to explore that peculiarity or to call your mum and leave the sleepover early. 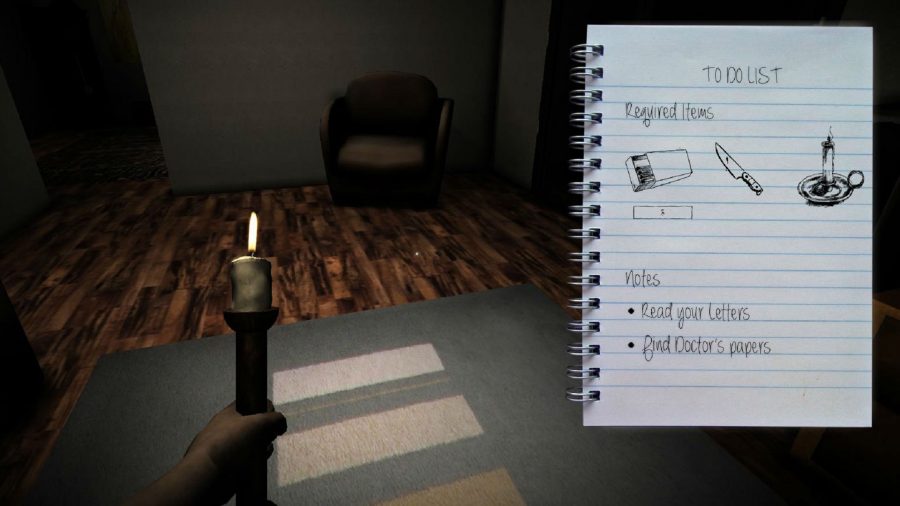 invite the Midnight Man into your house

Apparently based on an ancient pagan ritual for the damned, both the creepypasta and game revolve around completing said ritual to invite the Midnight Man into your house. This is obviously a really bad idea.

Structurally, it plays a lot like Slender with a few notable changes, like removing the collectables and swapping the creepy forest for a creepy house. Why you’re trying to summon a creature that wants to drive you insane and kill you is another question entirely. 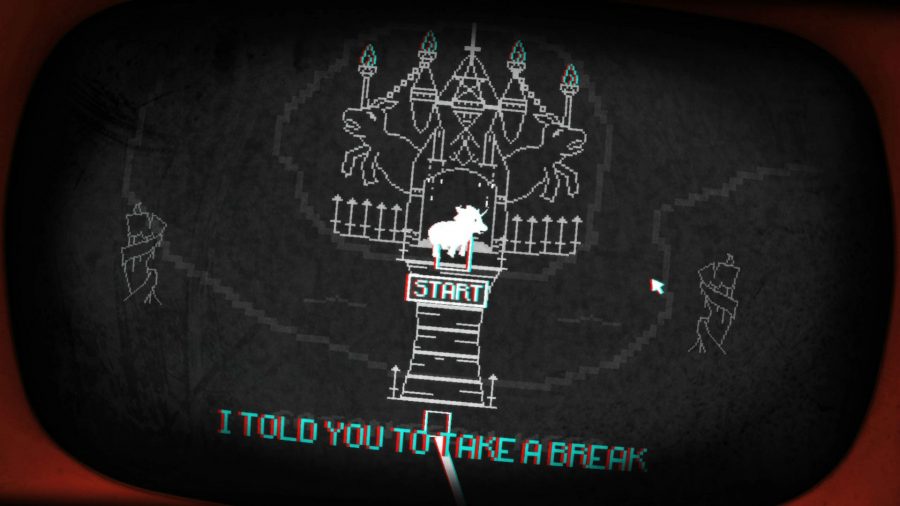 Being trapped in a videogame is nothing new on the internet. But while most immersive games are designed to be fun, Pony Island was literally created by Lucifer – well, alright, that’s what it tells you at least.
There are so many creepypastas themed around getting trapped in a game but none come close to matching the quality of Tron or Jumanji.

Pony Island takes the effort in its own direction, building upon the creepier side of videogame entrapment with its torturous arcade cabinet, which falls apart as you play it. As you try to fix it, you’re exposed to the satanic coding that holds this particularly unpleasant purgatory together – it might be best to look for a way to escape rather than appease the demon whispering in your ear. 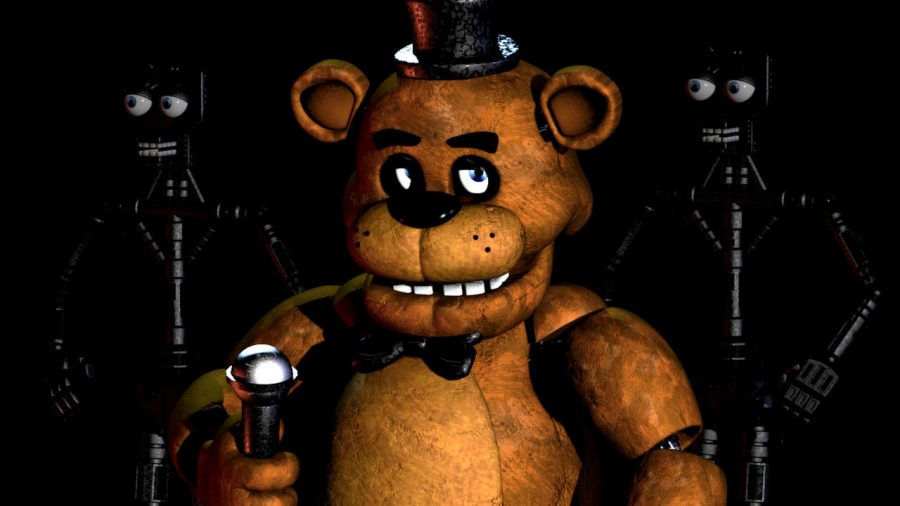 Creepypastas and ghost stories share a love for corrupting the innocent. And there‘s nothing more innocent than animatronic dolls, right? Ah, except these ones have terrified children at a pizza parlour for decades.
Five Nights at Freddy’s has you play a security guard doing the night shift at said pizza parlour. It should immediately give you that uncomfortable feeling of being alone in a place that’s been built for crowds. 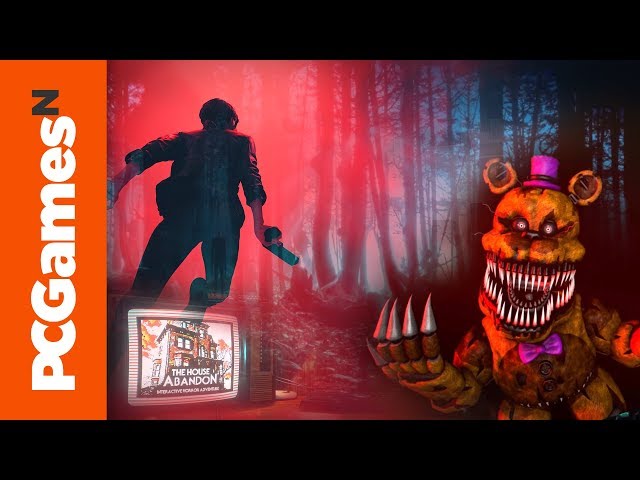 A complex lore has evolved over the first game and its many sequels, but the central concept has stayed the same – avoid getting ripped apart by the killer animatronics. The series may well have been inspired by the countless creepypastas surrounding certain American restaurant franchises, but since its rise in popularity, it’s become the inspiration for a load more creepypastas.