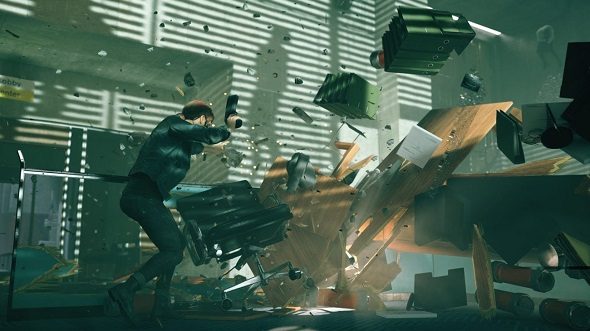 Despite the reveal trailer during Sony’s E3 press conference, there’s still very little we know about Control, other than that it looks gorgeous – in a creepy, brutalist sort of way. Remedy has released a few more screenshots that only underscore this impression and they’ve left us with even more questions about the upcoming game.

Control is set in a severe New York City building called The Oldest House, and the reveal trailer shows it shifting and rearranging itself around protagonist Jesse Faden, who carries a pistol that seems to be doing the same thing. The structure is the home of the Federal Bureau of Control, which apparently specialises in surveillance and non-Euclidean geometry.

Here’s our list of the upcoming PC games we’re looking forward to most.

Remedy has given each image a title, and in some cases the filename suggests some kind of riddle or deeper reference to elements of the game – but there’s very little to go on at the moment to place any of this into context. But we’ll include both the title and the wording used in the filenames, in case you want to try to work out what they mean.

First up, here’s one titled ‘Bureau shifting’ on the Remedy website. The filename calls it ‘Kaleidoscope.’ It shows Jesse facing some kind of visual distortion in what appears to be a Bureau research room that’s flooded with reddish light and smoke. 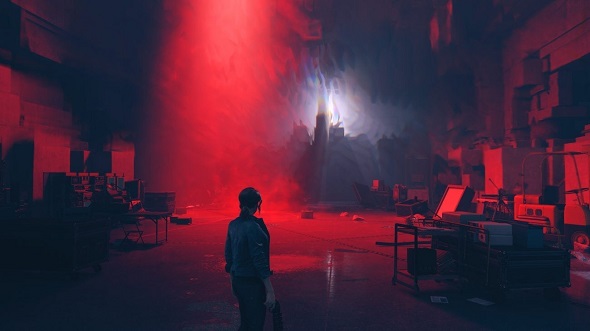 Next up is ‘Presence,’ which is called ‘haunting’ in its filename. Jesse looks over a balcony into a large, open area where three figures are suspended high above the floor in another column of red-lit smoke. The shadow of an ominous figure seems to be cast from behind her. 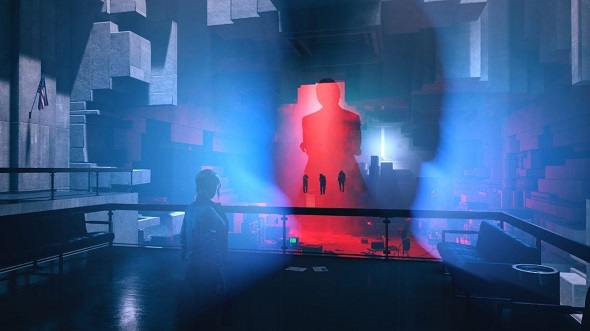 A third new image is titled ‘The Panopticon,’ or ‘the circle’ in its filename. It’s an environment shot of a large, circular chamber. Two bodies lie on the floor on the lowest gantry crossing the space. ‘Panopticon,’ it might be noted, was originally the name of a circular prison designed by the philosopher Jeremy Bentham in the 1700s, which allowed wardens and guards to view all the prisoners without their knowing they were being watched.

‘Bad day at the office’ shows Jesse reacting to an office desk exploding in front of her. 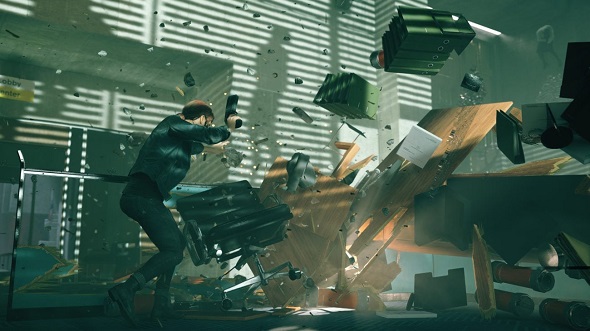 In ‘Face off,’ we see Jesse squaring off with a bald-headed man, presumably another Federal Bureau of Control agent. Both are holding their pistols against their legs, while five suspended figures hang in the air above them. 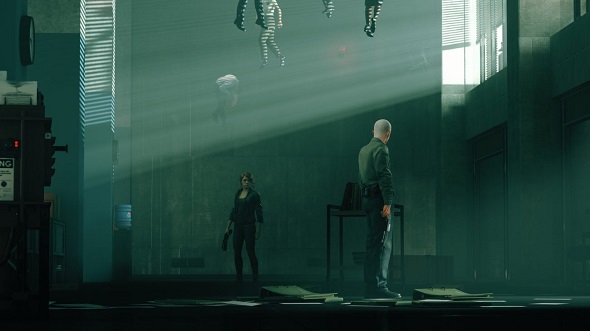 In ‘Ritual point combat,’ it looks as though a fight is taking place in one of the pillars of ominous red light. We’ve learned that rituals and incantations are part of how the Bureau works, and they’ll be important in traversing the strange space inside the Oldest House. 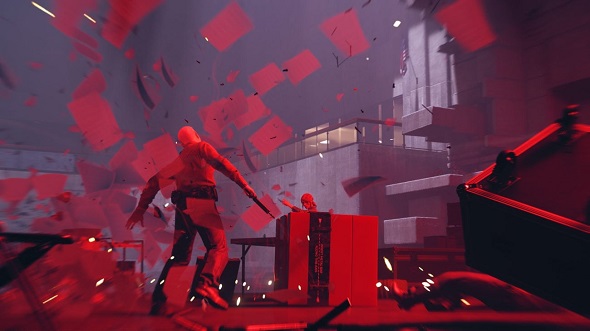 Finally, ‘Security team seems to be a close-up of one of the bodies seen in ‘Panopticon.’ 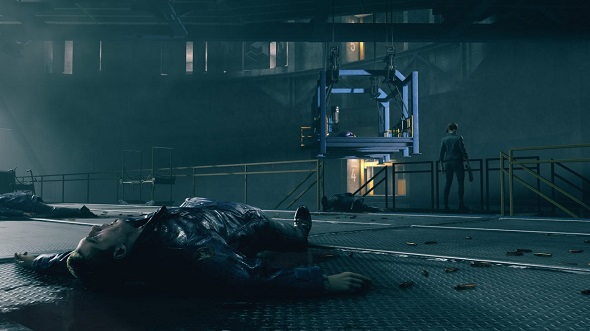 So far, Control has an aesthetic that seems to borrow from Cube and Inception, with the environmental austerity of Equilibrium thrown in for good measure. We’re putting together everything we know about Control here. Our best guess is that it’ll be coming sometime in 2019.