You can find pretty much any kind of game on itch.io. The digital marketplace’s pay-what-you-want business model means it’s ‘free’ section is bursting at the seams with experimental indie games, experiences, and demos to try out – like an all you can indie buffet. Just don’t forget to tip.

With a near-constant stream of game jams and growing alumni of talented developers, itch.io is the best place to head for a quick fix of just about anything gaming related. Shame on me that it’s 2019 and I’ve only just dipped my toes into this oasis of all that’s good and pure in this industry.

This year I’ve played a text adventure Jeff Bezos sim, an endless runner where you race to pet dogs, a pixel-art platformer about tibetan theology, a game about crashing games, and so much more. To showcase just some of that diversity and hopefully inspire you to try out itch.io for yourself, here are just some of the extraordinary games that I’ve enjoyed in 2019. 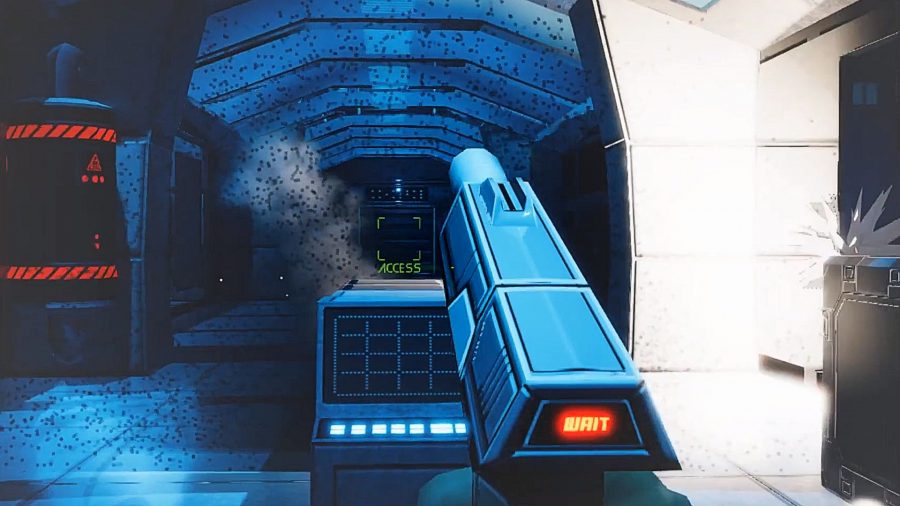 Syscrusher is a prototype for a sci-fi FPS with a time-slow mechanic. After a gorgeous and meticulously choreographed intro sequence you land on a neon-lit skyscraper with one objective: destroy the admin tower. What follows is several minutes of slow-motion room clearing backed by a shimmering synth track. 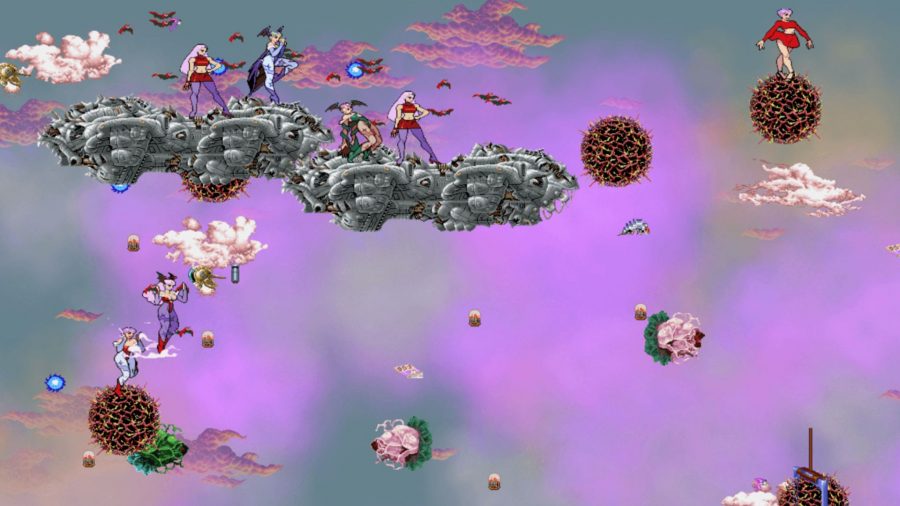 Black Room is a browser-based online game about falling asleep at your computer. You wander through countless pixel-art scenes filled with sprites from early ‘90s videogames, like a hallucinatory playthrough of the Museum of Anything Goes. There are some clever puzzle mechanics that require you to manipulate your browser window in order to solve them, too, and if you take a screenshot at any time you could pass it off as artwork for a Grimes track. 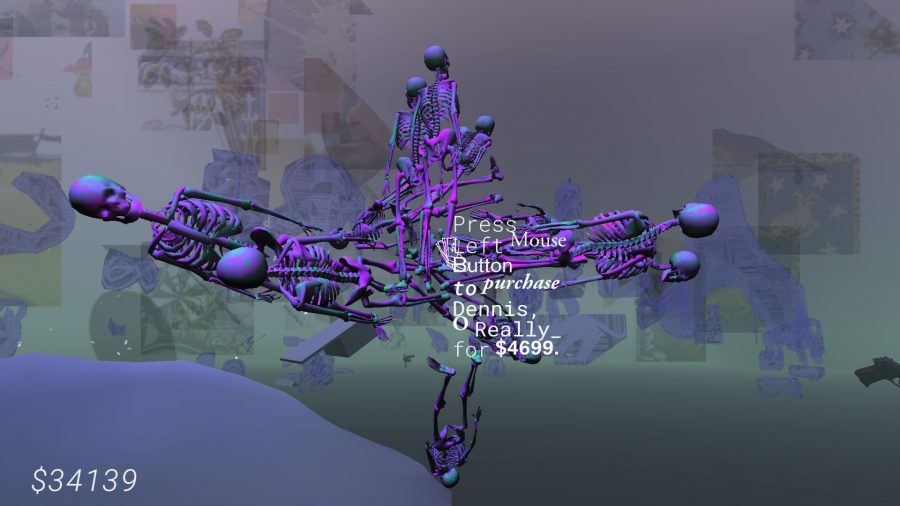 I don’t know what Circle0 is or what it’s trying to achieve, but I’d be lying if I said I didn’t become totally obsessed with interacting with as many objects in its sandbox as possible and smashing them all into each other to create a debauched mess. Smash enough things together and you crash the game, and then it starts all over again. 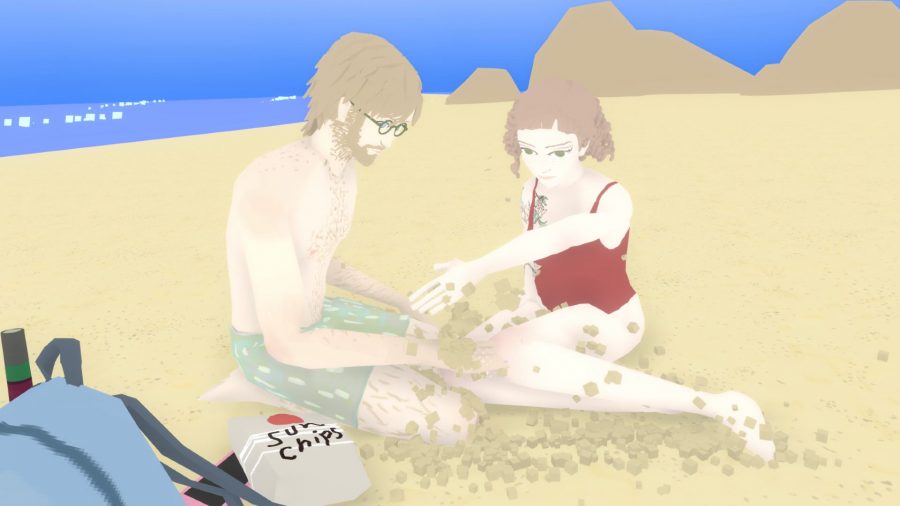 Beach Date is a charming, sweet vignette of a couple having a picnic on a beach. There’s potato chips, red wine, and the option to throw them at your boyfriend without it coming across as malicious – the perfect date. 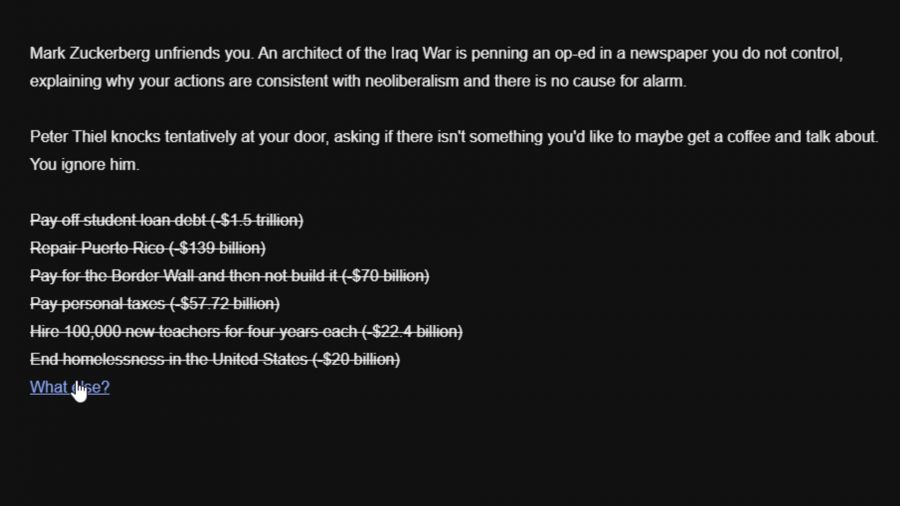 You Are Jeff Bezos

You are Jeff Bezos is a text-based adventure game where you wake up in the body of Jeff Bezos and desperately try to fix the world by spending all of his money before you change back. My first move was to go to the bathroom, and after nine minutes I’d somehow managed to increase my fortune by half a million dollars.

On my spending spree I managed to repair Puerto Rico, double the salary of every Amazon employee, abolish the electoral college, fix the Flint water crisis, reboot Mythbusters, pay off 1,000 graduate students’ loans, and pay back all my taxes to the EU. It sure seems like a multi-billionaire could achieve a great deal of good with all that money, but who are we to tell Jeff what he does with the half a million bucks he makes while sitting on the toilet? 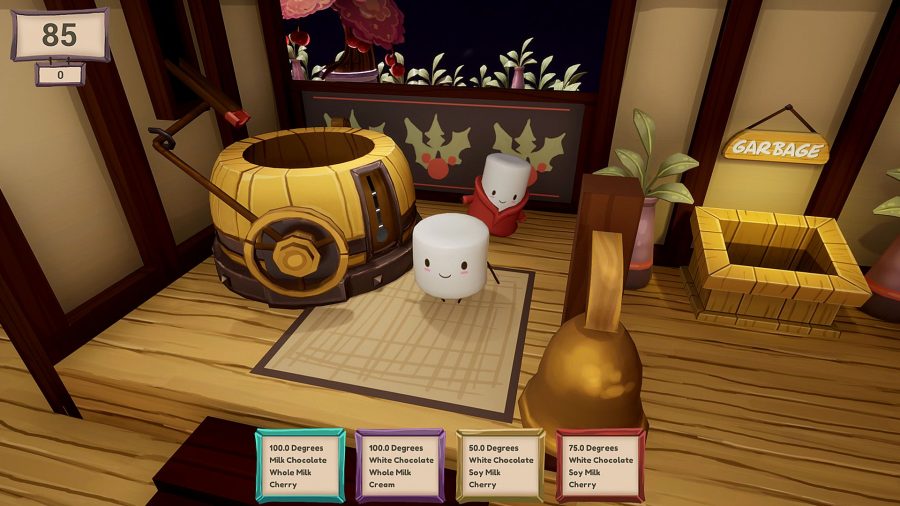 Marshmellow Day Spa is about as cute as the title suggests. You play as a marshmallow at a day spa for marshmallows, which involves scurrying around preparing the ultimate hot cocoa baths by selecting the right temperature, type of chocolate, and toppings, and delivering them to their respective clients. 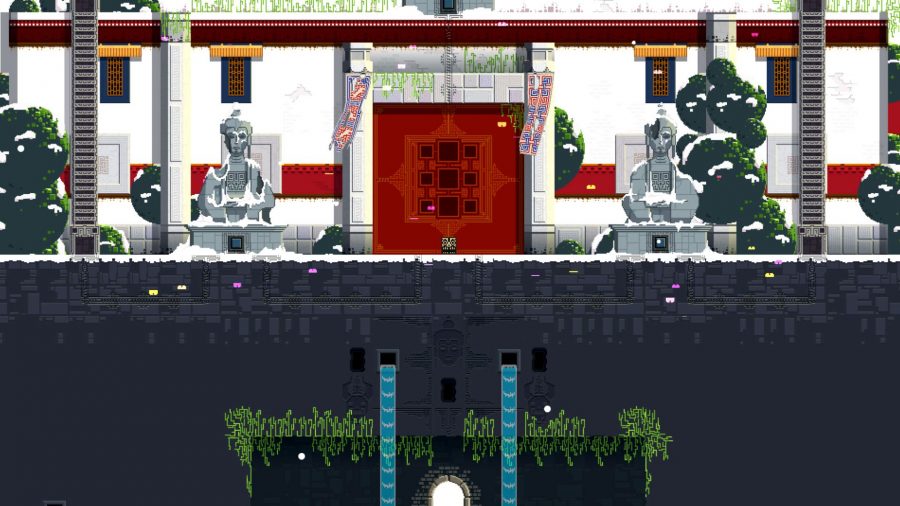 Tibetan theology in the form of a pixel-art platformer, Mandagon is a pristine 2D representation of bardo, the Tibetan version of limbo. Mandagon is a peaceful jaunt through the afterlife with an atmosphere so serene it will cut through any bad mood. 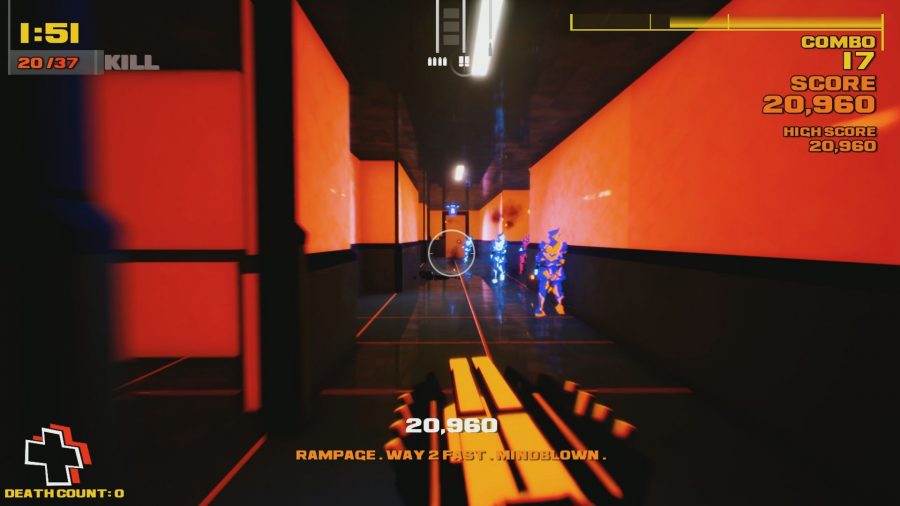 There’s a full version of this score attack shooter on Steam, but the itch.io demo is a sumptuous sampling of All Day Dying’s lightning gunplay, replayable arenas, and throbbing electronic soundtrack. As with FPS games of yore, movement and speed are your best weapons, but developer Paulo Lopes has thrown in a lethal high kick and some sliding mechanics for good measure. 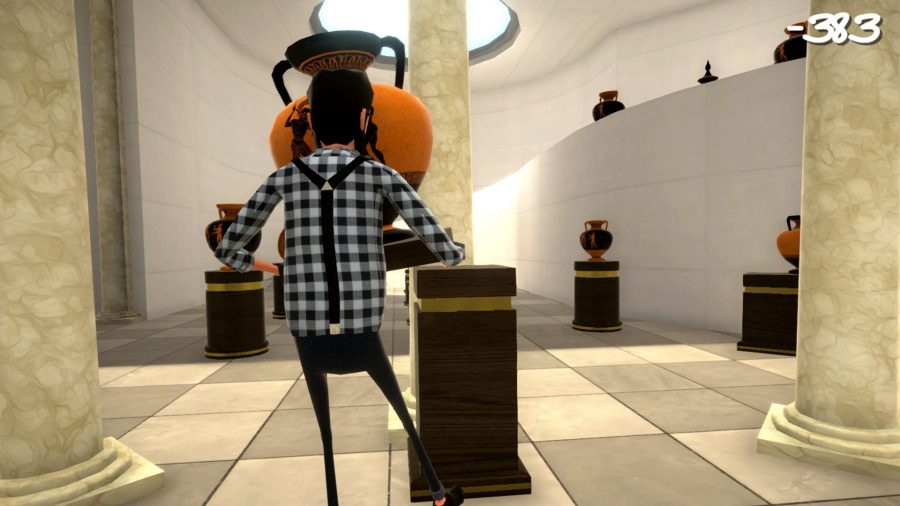 In Handle With Care, you play as a new employee in a museum that seemingly contains only the most fragile of antiquities – guess whose job it is to manually rearrange all of those brittle busts and precarious pots? This short and sweet tottering simulator absolutely deserves an Octodad crossover. 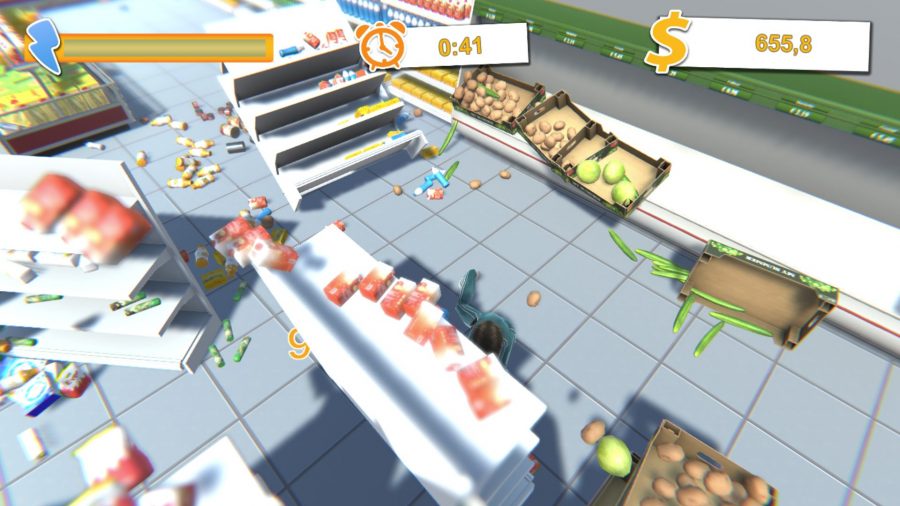 The Customer’s Always an Asshole

Walk into a supermarket and wreck the place. That’s the game. Needless to day, I absolutely adore The Customer’s Always an Asshole and spent several hours trying to break ever-increasing high scores. 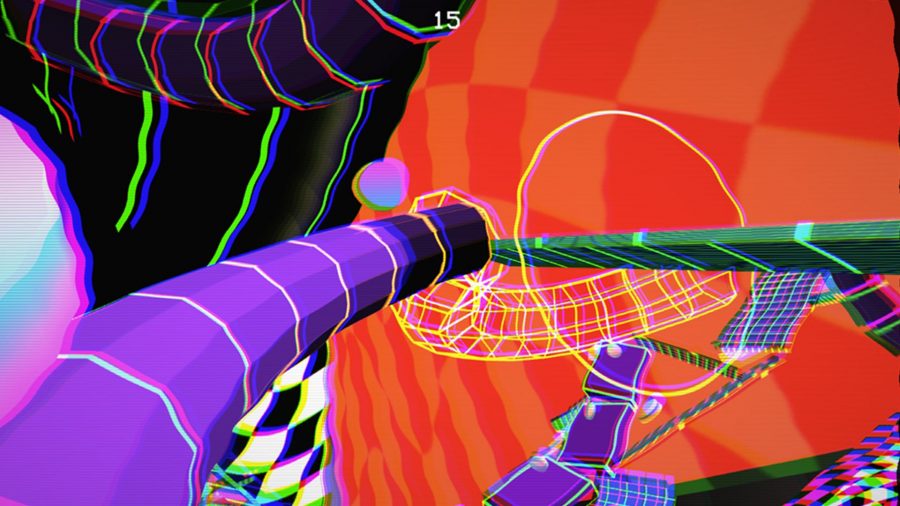 Ethereality is an interactive homage to ‘90s rave culture. You’ll need to collect 100 ‘kandi’ pills across a 3D space that’s covered in art inspired by rave flyers. It’s a short and trippy journey backed by some great acid house music that’s capable of delivering a smidge of sensory overload. 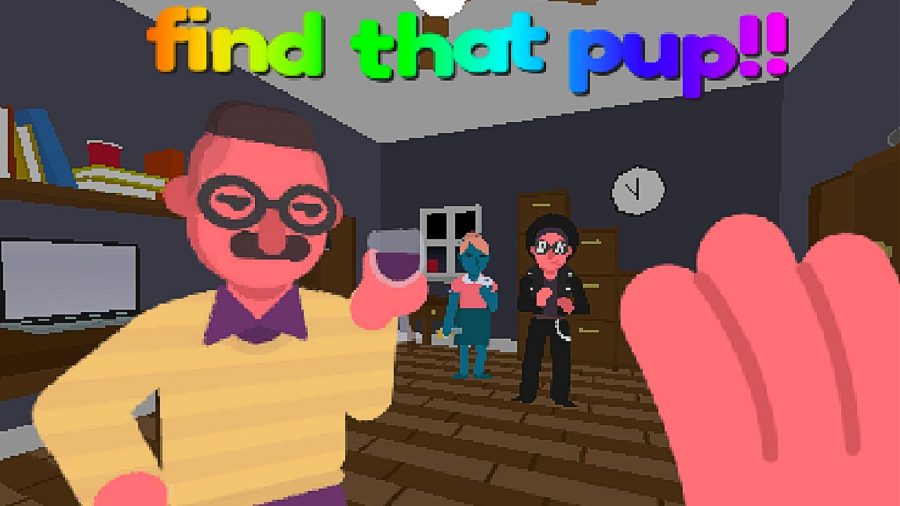 Pet the Pup at the Party

If you’re anything like me, then the crowning moment of any house party is when you open a door to discover a doggo standing there, innocently wagging its tail. You close the door, take a seat, and drunkenly pet the pup until the party is over. That’s Pet the Pup at the Party in a nutshell, except you’re running through a procedurally generated house to locate the pup before the timer runs out, slaloming past clusters of drunken hipsters in search of a new pup to pet. 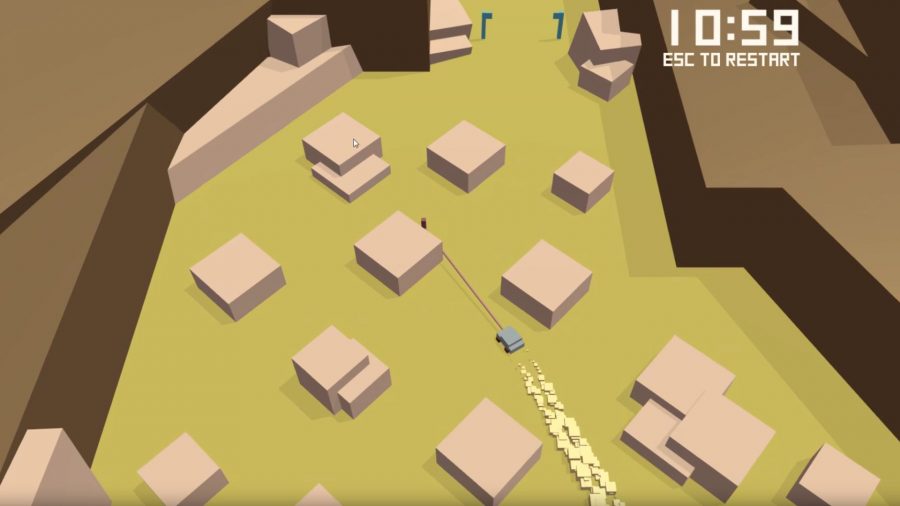 HOOK IT, DRIFT IT, RACE IT

A top-down cart racer that’s put a twist on the driving sections of 1989 Amiga classic Batman; but here, your sole means of propulsion is a hook. Fire the hook and use it to drift around corners or speed up – it’s easy to learn, but impossible to master. If you enjoyed the unconventional racing sections in What The Golf? then you’ll have a blast trying to improve your lap times in HOOK IT, DRIFT IT, RACE IT. 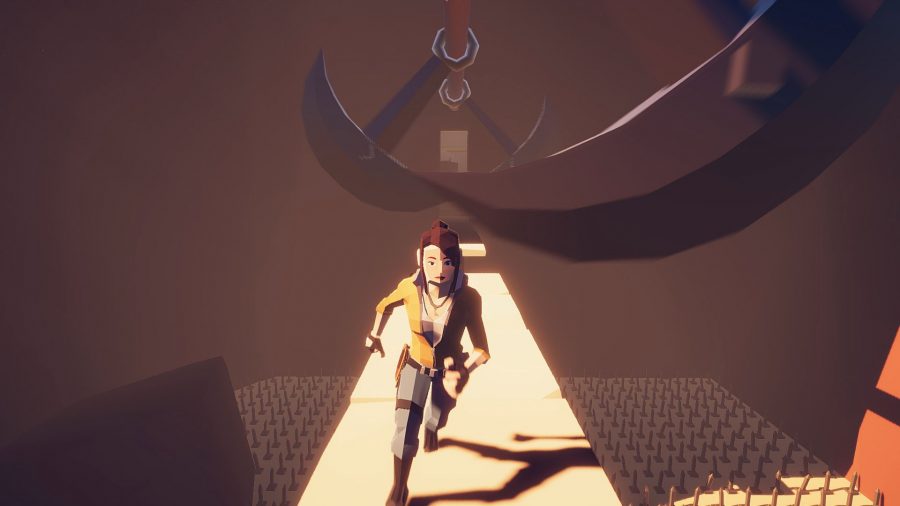 This unabashed homage to classic Tomb Raider is so pretty you’ll immediately email Square Enix demanding another series reboot. There’s no slaying critically endangered dinosaurs or forever damaging indigenous cultures in Minimal Raider, it’s just a warm, sunny afternoon in the desert and you’re on the hunt for a nice new vase for your collection.

And there you have it: my year in itch.io. Steam lost its lustre as a platform for discovery years ago, but itch.io still feels like a place where you can find ten or more genuine gems in a single afternoon. So, if you’ve yet to give it a whirl, then why not make it the best and easiest New Year’s resolution you’ll ever have?