After some of the best PC board games available on Steam? Modern board games can get very complex. Too complex, even. On the other side of the coin, modern board games are extremely good. They are so good that you might want to play them at a faster rate than you can set them up to play, because again, they are complex.

What if we told you there are PC board games that you can play, right now, with zero setup time and next-to-zero chance of catching a deadly virus? That’s what we’re telling you, because this is a list of the best board games on Steam.

That’s right, no need to clear the dining table, have friends, invite friends over, or put on a spread of delectable snacks for said friends. With PC board games you can play solo against AI opponents, which boasts the added benefit of letting you end a game whenever you want. You can even keep your fragile ego intact by turning AI difficulty down. Of course, many of these Steam board games can also be played with friends, so there are still plenty of opportunities to lose out to your backstabbing best bud.

Here are the best PC board games you can play: 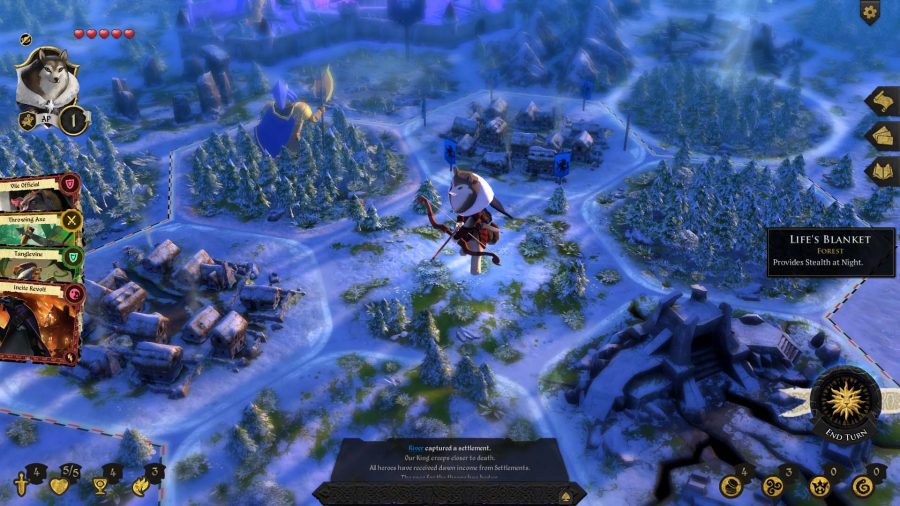 Perhaps PC gaming’s crowning addition to the world of board games, Armello is a delicious feast of strategy game and RPG concepts blended into a digital-only board game. Each player assumes the role of a character with a unique special ability, and they each want to take the throne of Armello.

Related: Check out Wargamer’s list of the best board games

There are more than a few ways to do it, but it’s a classic adventure board game where you explore a world, boost your character, and then push your luck too far and get screwed over so your friend wins. The random elements tend to tick off more deeply strategic players, but Armello is one of those games that even keen tacticians keep coming back to. At five years old Armello has aged like a fine wine. The cinematics, animation, and music are superb, the multiplayer is moreish, and the mechanics are pretty good to boot. 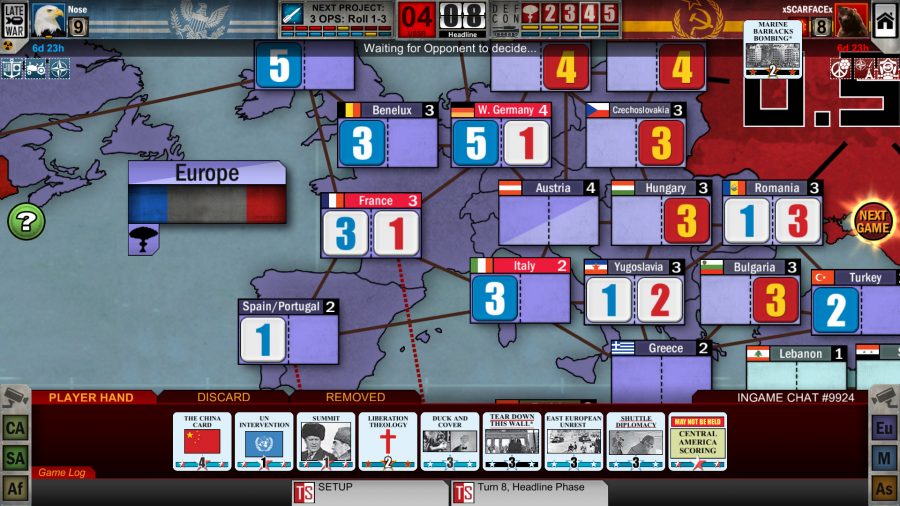 Twilight Struggle is one of the all-time great board games, and the digital adaptation is so good it’s one of the best PC board games on Steam. It’s a two player duel, with one side as the United States and the other as the USSR, both engaging in the geopolitical tug of war of the post-World War 2 era.

Games like this: Here are the best card games on PC

Twilight Struggle is a powerful game engine, an entirely card driven experience that blends warfare and diplomatic events into one overall fight for influence and global supremacy. Plus, if you make the war go too hot the nukes start flying and everyone loses! (The only downside is that it requires a weird outside account with Playdek in order to do multiplayer, but it’s a small price to pay.) 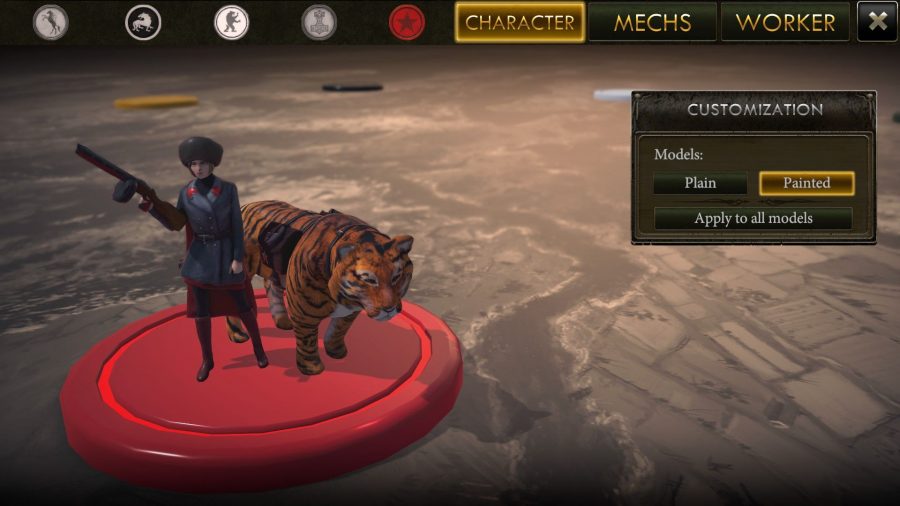 A great combination of territory-taking war games and euro-style economics, Scythe is a pleasing strategy game that caters to every kind of board game player in some way. The digital adaptation of Scythe is a great way to get into the game because it skips setup time in favour of fast resolution. You can learn the game much more quickly, figuring out what resources do, how the game economy works, and more by playing over the course of a few hours – rather than the entire day it’d take to play four or five games in person. If your game group regularly plays Scythe, well, test strategies against online opponents and show up to game night with all manner of new ways to win. 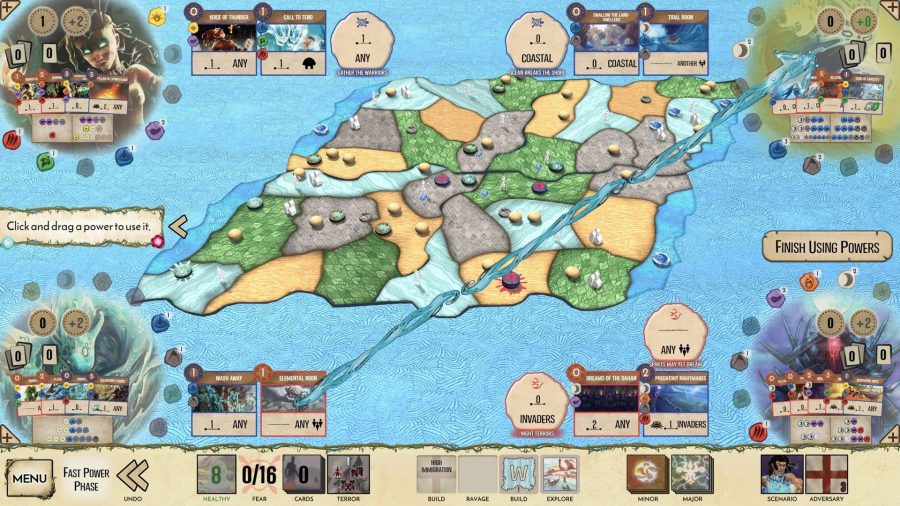 Spirit Island is one of the better co-op board games out there, and the recent digital port is quite good despite some limitations. Each player in Spirit Island is a powerful spirit trying to save the inhabitants of their island from destructive colonial invaders, and each spirit has its own set of unique powers and abilities. For example, a wildfire spirit plays very differently from a mountain spirit. The real advantage of playing digitally is that it’s a complicated game, with a lot of manual “AI” resolution on tabletop, and the digital version cuts all of that out by doing it for you.

Playing a round of this digitally takes half as much time, or less, than it might otherwise. The only downside of the digital version is that the only online multiplayer, for now, is through Remote Play Together. 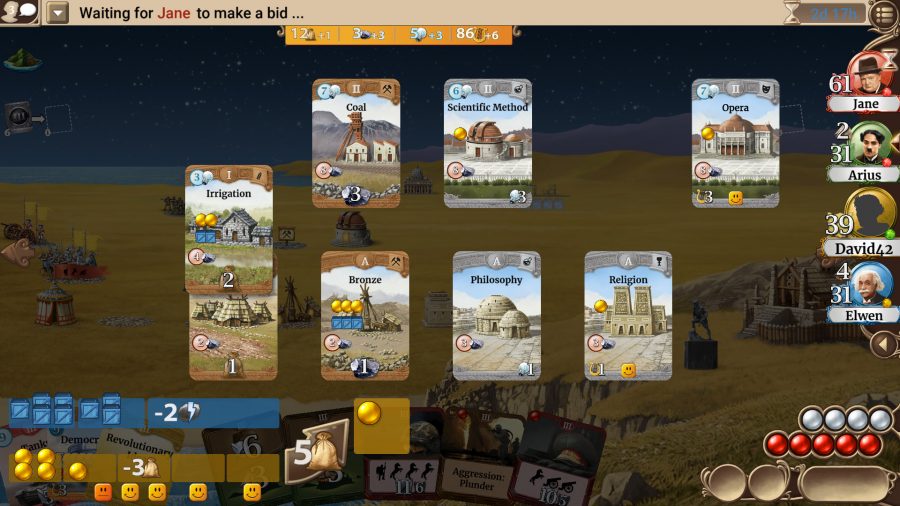 Civilization-building game Through the Ages has been massively popular since its release over a decade ago, and the digital version is an impressive feat. In it, you build a civilization from the stone age to the industrial era using a variety of currencies and cards.

Through the Ages is a hugely complex game, and making it work on a computer in a comprehensible way, where you don’t have cards on the table and in your hand, could not have been simple. Thankfully the UI is great and the multiplayer is smooth. You can take your time against the AI to learn, then go all out in fast and intense multiplayer games. It’s also quite well supported, and even received the New Leaders & Wonders expansion before it came out on tabletop. An absolute must for fans of tabletop strategy games. 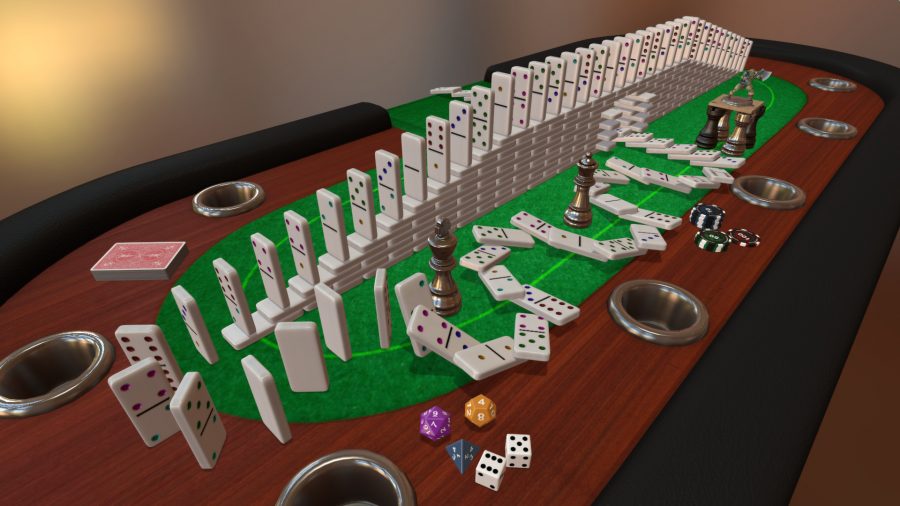 If there’s a popular board game you want to play, odds are that there’s a tabletop simulator mod that mimics it. Shockingly many of them are made using official assets with the tabletop game publisher and designer permission, and nearly or fully simulate the base game.

Sure, you have to read the rulebook because a tutorial isn’t going to teach you, and you can mess up the rules, but as of yet Tabletop Simulator is the only game that can really mimic the experience of playing a tabletop game with your friends. Oh, and you’ll need some friends – ain’t no native AI in a physics simulation. 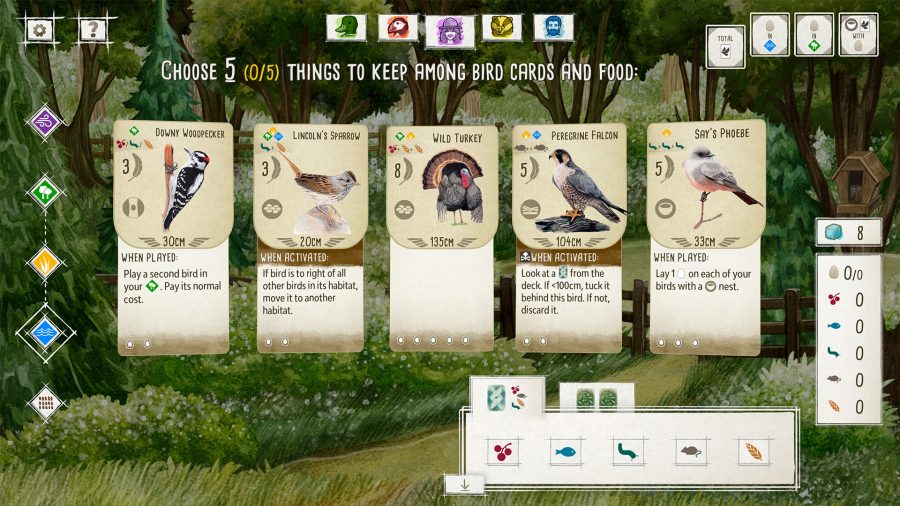 Far and away one of the best board games released in the last decade, Wingspan’s new digital adaptation is superb and faithful to the experience of the tabletop game. Wingspan is a game where you build a wildlife preserve, by chaining combinations of different birds, each with their own powers and effects.

It’s elegantly designed and brilliant in motion. Rather than being stuck on how the tabletop game looks, the digital Wingspan focuses on how it feels. It’s chock full of lovely animated bird art, music, and recordings of birdsong. It’s not just a fun strategic game, but one of the most relaxing games you can experience on PC. Wishlist Wingspan on Steam.

And that’s your lot. We’ve also got a list of the best online board games to play with friends if your thirst for digitised board goodness hasn’t been slaked.

Jon's something of an expert on strategy games, but he's also got a penchant for tabletop gaming. You can find more of his work on PC Gamer, IGN, Waypoint, or occasionally on the Three Moves Ahead podcast.