Looking for some of the best truck games on PC? Trucks and truckers have become mythologised in pop culture like modern-day cowboys, transporting crucial cargo across harsh, lonely landscapes and spending days in their own company. Translating that experience into a videogame has taken many forms over the last couple of decades, from Mad Max-like highway battlers to fully fledged simulation games where journeys take as long as they would in real life.

While there are not many truck games – you could mistake it for being a niche genre – there are a lot of truck game fans looking for the right trucking game for them. In an effort to help those people out, we’ve assembled a handful of great truck games, including the popular truck sims, but also branching out to physics-based puzzlers, platform games, and racing games with trucks.

So whether you’re looking to lose yourself on a long trip along the Pacific Northwest, want to spend hours hauling your cargo through a single muddy ditch, or want to take your truck to a chicane-riddled racecourse, we’ve got a little something for every type of truck gamer.

Here are the best truck games on PC: 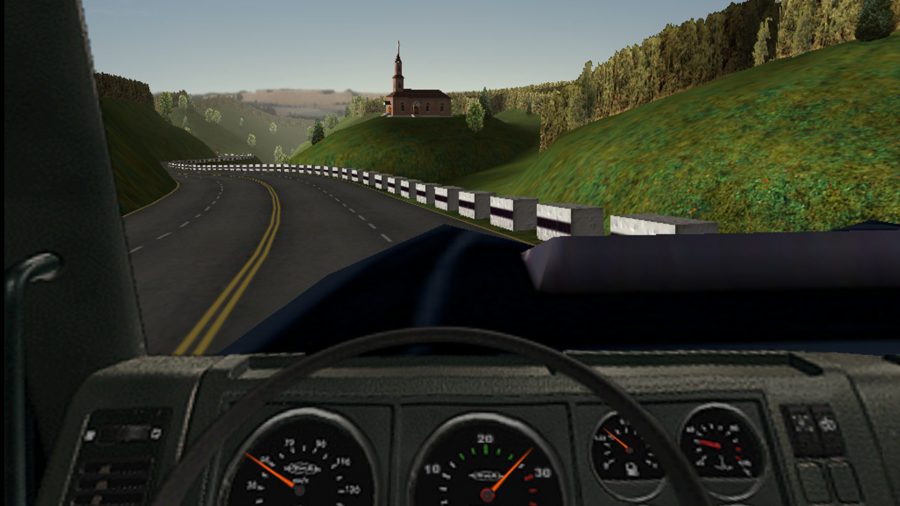 HARD TRUCK 2: KING OF THE ROAD

As truck games go, Hard Truck 2 tries to tick all of the boxes. There’s plenty of management and sim elements when it comes to managing your jobs, running cargo, and hiring an ever-growing workforce, but there’s also a lot of racing and aggressive driving – think of it as Euro Truck Simulator 2 meets GTA 5.

With 12 different trucks to choose from, ranging from tiny lorries to 18-wheel big rigs, you’ve got plenty of options when it comes to escaping the police speed traps. Despite the simulator elements, you can happily speed through an uncharted dirt track or bulldoze your competition out of the way. All that matters is getting the cargo to its destination time. 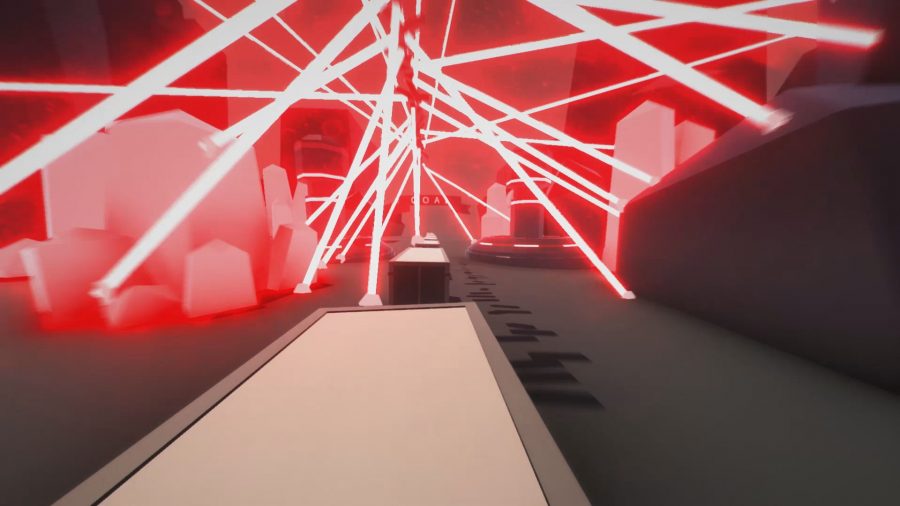 This one is, er, not really a truck game at all. However, there are trucks in it and it does have ‘truck’ in the name, so we feel inclined to challenge your preconceived notions of what truck games are all about.

Clustertruck is the kind of platformer you’ve probably dreamt up as a passenger in a car, staring out a window and imagining someone parkouring across the horizon. The only safe places to land on this speeding highway of death are the tops of trucks, but as you progress through the game the obstacles become increasingly outlandish so that by the end you’re avoiding slow-motion explosions, swinging axes, and gravity shifts. 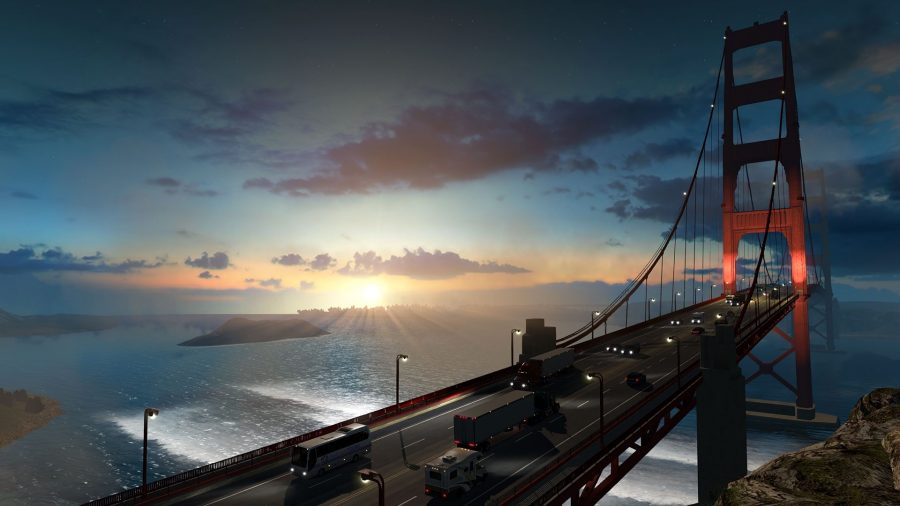 ATS is effectively a sequel to Euro Truck Simulator 2, which you’ll find below. As such, a lot of the mechanics, physics, and the general pace of this truck sim game are the same. The one key difference is the setting, and that’s a big deal in a game where you spend hours looking out of a window. The American states of California, Nevada, and Arizona have been painstakingly realised, from minor details like the signs that illuminate a run down stripmall to major landmarks like the Las Vegas Strip. After several hours coasting through a desert highway, the bright lights and narrow streets of a city like San Francisco feel like an adrenaline shot.

You’ll start off as a trucking freelancer, able to take on jobs from haulage firms and start assembling some savings together so you can buy your own rig. Once you’ve got the funds, there’s suddenly a lot more to consider, and the true ‘sim’ elements start to kick in as you’re charged with managing everything from fuel costs, where to sleep, and even getting the right insurance. 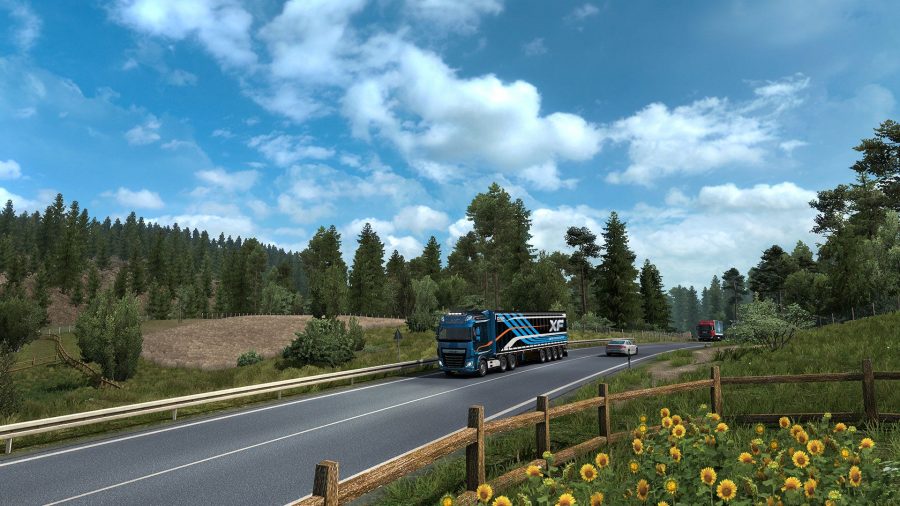 The forebear to ATS is a little less polished – though SCS Software has confirmed a major graphical overhaul is on the way – but remains one of the most convincing truck sims around. Almost everything that makes American Truck Simulator great was first built in Euro Truck Simulator 2, from the surprisingly engrossing RPG mechanics and management systems, to the realistic and weighty handling.

Europe boasts plenty of distinct challenges for truckers that just aren’t present in the United States – narrower roads, differing international road rules, roundabouts. Euro Truck Simulator 2 is also older than ATS, which is generally a good thing in the sim community as it means there’s more content, like map expansions and truck brands. The base European map is also much larger and more densely packed than its US counterpart, so if you’re after greater variety, then Euro Truck Simulator 2 might be the best option. 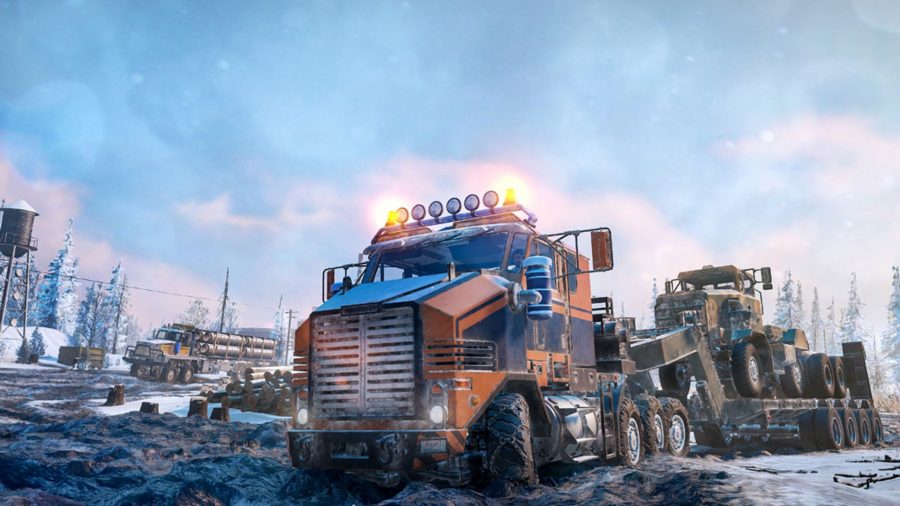 Like its forebear, MudRunner, SnowRunner is brutally difficult, consistently unforgiving, and will swallow up colossal portions of your life for shockingly little progress. No, don’t go! It’s not for everyone, sure, but if exploring sprawling open worlds while spewing carbon from immensely powerful engines and battling the meticulously simulated elements sounds like your jam, you’re in for a good time. We happen to love it, as our SnowRunner review attests.

The game’s astonishing mud, snow, and water physics conspire to create some of the most punishing landscapes in gaming, while it’s thumping great trucks and smaller scouts are a joy to haul about. Yes, you’ll regularly spend upwards of 20 minutes painstakingly wiggling your way out of deep, clinging mud, but when you emerge – after carefully balancing your throttle and steering in a low gear with diff lock on – you’ll feel superhuman. It’s as satisfying as beating a Dark Souls boss, which is high praise indeed. 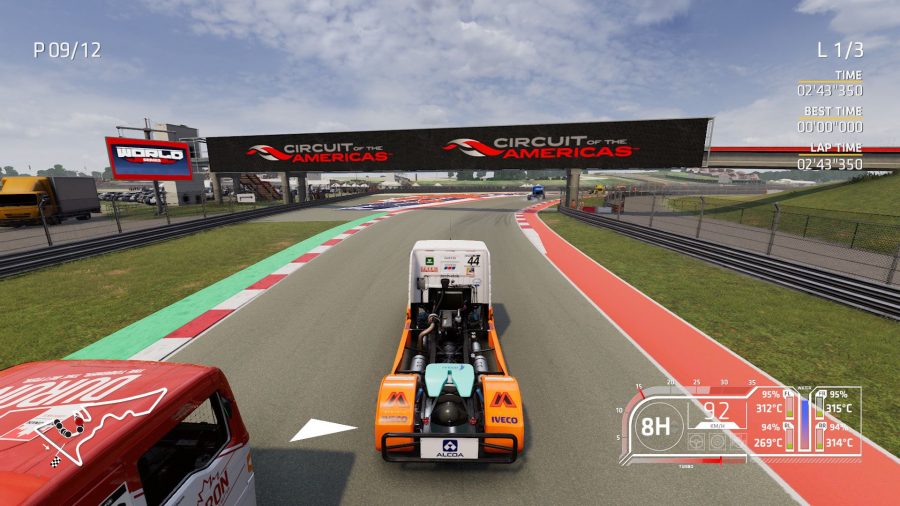 Hauling cargo is fun and all, but every now and then you begin to wonder just what it would be like to throw a Scania into a hairpin bend like it’s a Ferrari. The official FIA European Truck Racing Championship game is superb at capturing the weight, speed, and sheer impracticality of these racing-tuned behemoths. There are billows of tyre smoke when several lorries slow ahead of a bend, you need to constantly monitor your brake temperatures and water levels, and then there’s the difficulty of trying to overtake when even the widest sections of track can barely squeeze in two trucks side by side.

You can sample some truck racing in other driving games like Project Cars 3, but FIA European Truck Racing Championship is the only dedicated option around. 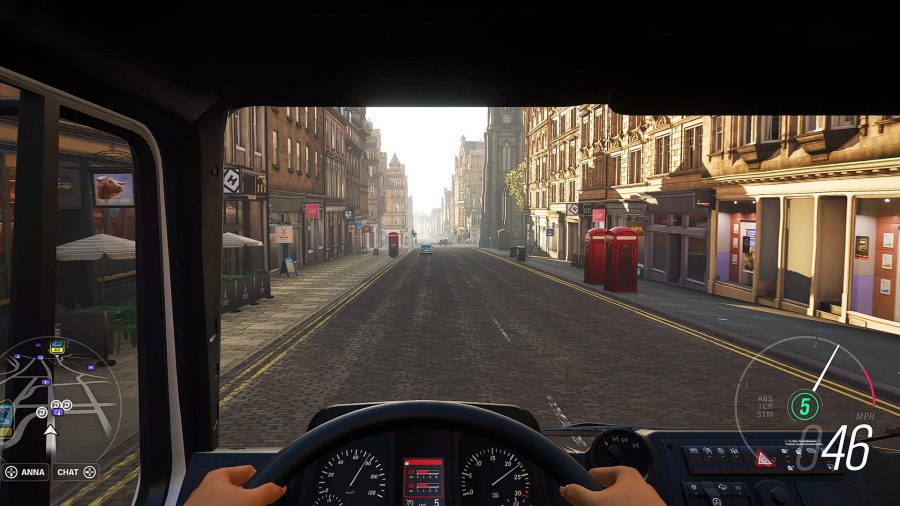 There are only a handful of fully-fledged trucks in Forza Horizon 4, but barrelling down teeny country lanes in any of Britain’s distinct four seasons is more than enough fun to make up for the lack of choices. There are some racing events that are dedicated for racing trucks, and as this is a racing game, the selection of trucks are all upgraded and tuned with speed and handling in mind. Whether you’re tearing across a quaint field in a Unimog at 100 mph or slapping some pretend brand liveries on your Volvo and following the rules of the road, this racing sandbox finds time for truck fans, too.

And those are our picks for the best truck games on PC. If you prefer your trucks loaded with missiles then we would steer you toward the best war games on PC. And, in case you’re on a budget, you can’t beat the low cost gaming offered by our list of the best free PC games. Now all that’s left to do is haul some of these picks into your Steam basket.