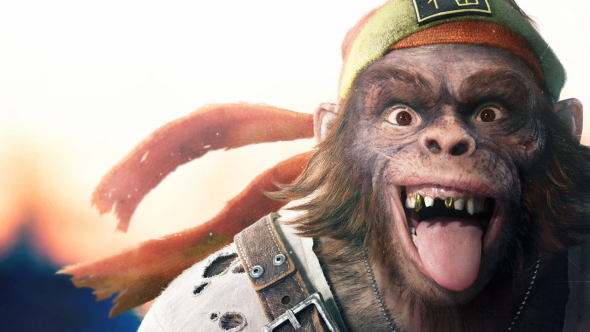 The Beyond Good & Evil 2 trailer that closed Ubisoft’s E3 conference went by in a blur. It’s hard to see anything through a waterfall of tears.

Now’s the time to look back, pause the frames, and work out exactly what it can tell us about Ubisoft Montpellier’s long-awaited sequel. And who better to do that with than creative director Michel Ancel himself?

When you’re done here, read up on everything revealed during Ubisoft’s show.

Conceptually, the trailer is supposed to represent the scope of Beyond Good & Evil 2 – from the seasoning on a pig’s dumplings in a tiny restaurant, to a ginormous ship setting course for outer space.

“When you are doing such big games, it’s very important not to forget about characters, about humanity – very simple and tiny things,” Ancel says. “That’s what you can expect to see in this game.”

In that restaurant, seen at the beginning of the trailer, we’re given some insight into the hierarchy of races in Beyond Good & Evil’s world. The pig alludes to slaves and masters, and it’s clear that Knox the monkey is expected to take a more subservient role than he does.

“Even among hybrids that are a mix of animal and human, there is a social system,” Ancel notes.

There’s now a wrinkle in Beyond Good & Evil lore that wasn’t apparent before – the hybrid races were created by humans to take on menial work, fight in pits, and conduct other unsavoury business. They’ve since clearly developed their own cultures, however. The statue Knox produces as part of the deal set up with Zhou portrays a pig deity called ‘Peyjin’. We don’t yet know the correct spelling, although we can assume it’s close to that of Beyond Good & Evil’s co-starring pig, Peyj.

Why the similarity? Ancel suggests that Peyj is a common name that comes from the deity, not the other way around. 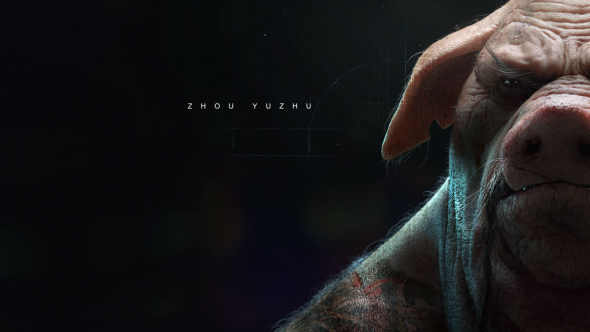 Soon afterwards, Knox escapes via a skylight using a grappling glove, before boosting to the roof on a jetpack.

“That’s the kind of dynamic move you can do in-game,” Ancel reveals, “to extract yourself from a very dangerous situation and use the verticality of the city.”

The city of the trailer is representative of level design in the game, he says – all multi-layered temples, holograms, and rooftop gardens that tower above the streets.

“I really wanted the city to be spiritual,” Ancel says. “There are no advertisements. If you look at the signs after a certain height, it’s only religion.” 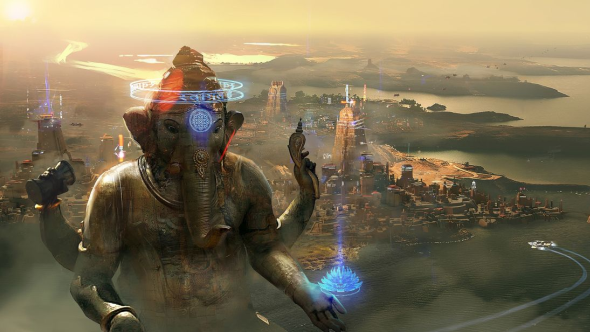 This city will be destructible to a certain extent – not the whole thing, since that’s “technically impossible,” but players will find that glass and other easily breakable materials can be used to their advantage.

In the last part of the trailer, Knox and his human co-star, Shani, board a ship. Spaceships will take dramatically different forms and sizes in Beyond Good & Evil 2, and the player has access to a “very, very big” one they can use to house other, smaller vessels.

“The technology here that we have allows us to go seamlessly between the ground interiors and space,” Ancel boasts. “There’s no transition, no loading, nothing like that.”

Once Knox and Shani are onboard, they insert the MDisc they’ve retrieved into a skull-like computer – it’s actually the AI that controls the ship and a whole other character in the game. The disc contains a map, and on that map is a strange, distant artifact with a magnetic field pulling apart a planet. 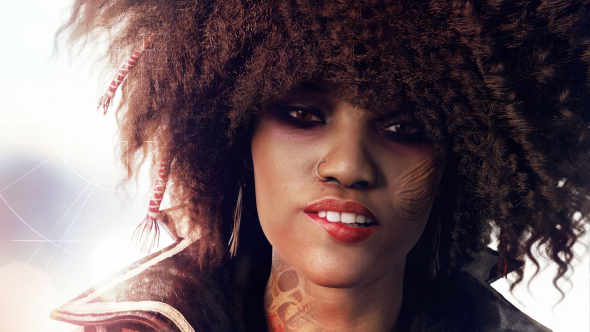 For now, here’s another detail that shouldn’t be overlooked: the duo are given a raucous reception by a diverse crew of sharks, rhinos, and humans.

“That’s the big message behind the trailer – whatever your skin colour and origin, if you are a hybrid, whatever you are, you are part of the same team and you will share the adventure,” Ancel concludes. “That’s exactly the heart of Beyond Good & Evil.”

There are still easter eggs buried in the trailer, according to Ancel. Until they make themselves clear, you can read our primer on why we care about Beyond Good & Evil.