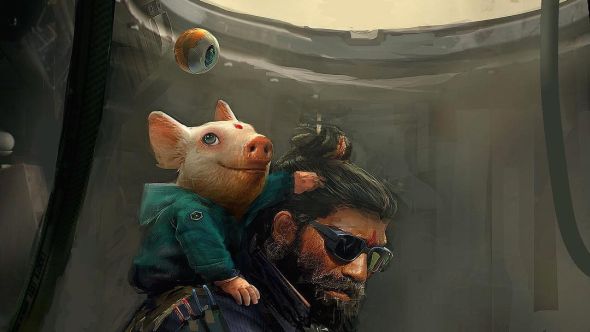 Beyond Good & Evil 2 has, by all accounts, won E3. But why? Why is everyone so enamoured with a game that is at “day zero of development”? A game that, until a couple of weeks ago, appeared to consist of a painting of a baby pig in a jacket on Instagram?

In short, the answer is: because of Beyond Good & Evil 1. Here’s a quick primer on the best action-adventure game of 2003, the year of Evanescence. 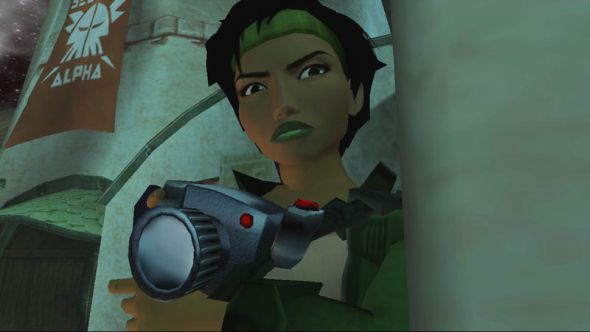 I’m gonna level with you: I never played Beyond Good & Evil

Don’t worry; practically nobody did. Although it reviewed well, Beyond Good & Evil was a commercial failure by any measure. In fact, it only really became a critical darling in retrospect, after Peter Jackson championed it. BG&E is the reason Jackson picked Michel Ancel and his studio, Ubisoft Montpellier, to work on the King Kong game.

What was so special about it?

After years of slapstick platforming, Ancel and a team of 30 in Montpellier poured some hefty unused ideas into this project. In protagonist Jade, they created a relatable character driven not by revenge but a sense of civic duty – the vessel through which they could explore the power of investigative journalism. And in the rustic, future-French setting of Hillys, they built a planet under siege – one inspired by the climate of fear around 9/11 and the environmental consciousness of the films of Hayao Miyazaki.

Ahh – that’s where the pig’s from

Yep. Peyj is Ancel’s very own Porco Rosso, and he’s not alone. Hillys is a hotbed of anthropomorphic characters. Its central city is like Venice filled with honking hovercraft, and the surrounding environs teem with wildlife – which you photograph, collecting polaroids like Pokémon.

That’s the bit I don’t get – what sort of game was it?

Er, that’s tough to answer. The idea was that you had total freedom between missions, wandering through alleyways, chatting with rhinoceri, and piloting light aircraft around the countryside. Then you’d be funneled through segments linear enough to provide a cinematic story.

Those bits basically picked up whatever mechanic seemed appropriate for the occasion – basic line-of-sight stealth, martial-arts melee combat, platforming chase sequences – and dropped them just as quickly. Each was substantial enough to support the theme.

That’s what’s going to make BG&E tricky to update – the third-person genre has arguably undergone a more meaningful change in the last decade than any other, not least at Ubisoft. In a 2009 leaked video of Beyond Good & Evil 2 footage, Jade’s moveset resembled Assassin’s Creed more than anything.

See, this is confusing – we’re celebrating the sequel going into pre-production now? When it was well on its way in 2009?

Yeah. It’s been a famously on-off affair – first put to one side for Rayman Origins, which came out in 2011. Then came Rayman Legends, and Valiant Hearts, and Ubi Montpellier’s role in various blockbuster productions. It’s hard to imagine there was much left to salvage beyond concept art and story ideas after a half-decade break.

The Beyond Good & Evil 2 shown at E3 2017 is nearly unrecognisable: a prequel starring sweary new characters that promises seamless space travel and vertical city exploration. But it still has the same sense of weird wonder and multiculturalism. Not to mention French hip-hop.

And we still care? About the pig and the photographer?

We still care – even after all this time, even as Ancel splits his attention between Ubi and his new indie studio – because there was something special here. Beyond Good & Evil 2 can’t possibly play exactly like the best unplayed game of 2003, but it’s bound to be socially conscious and breathtakingly odd. Two things triple-A games so often aren’t.