Update October 6, 2016: Ubisoft have made a Facebook post confirming that Ubisoft Montpellier Studio, behind Rayman and the original Beyond Good & Evil, is working with Michel Ancel on a new BG&E game.

After a couple of weeks of teasing, the official announcement is now out there: Ubisoft and Michel Ancel are working on a new Beyond Good & Evil, according to a Facebook post made by the publisher earlier today.

For more desperate hopes for the future, here’s the upcoming PC games we’re looking forward to.

You can see it below, posted alongside one of Ancel’s pieces of concept art from last week.

Ubi Montpellier are the team that originally created the series, along with Rayman and a few other games in the mid-90s. They also did work on Valiant Hearts and Assassin’s Creed Unity, as well as putting in hours on the upcoming Ghost Recon Wildlands. Presumably this is their next big solo-project, though depending on budget and needs it could drag in other Ubi studios for development work.

No development status or timeframe for release were given, meaning we can still assume it’s the pre-production stage Ancel posted about on Instagram. It may still be many moons before we see something concrete. For now, the original is also free on Ubisoft Club from October 12.

Update October 5, 2016:Michel Ancel has confirmed that Beyond Good & Evil 2 is (back) in pre-production on Instagram with another dose of concept art.

Not the way you normally announce a high profile sequel, but we’ll take it. Michel Ancel has made another post on Instagram, this time of one of Beyond Good & Evil’s humanoid rhinos, saying “Endangered species – now saved – Game in pre-production – Stay tuned!”

This post comes after a week of teases released by the game developer, along with congratulations from him towards Yves Guillemot on successfully fending off Vivendi’s takeover bid of Ubisoft. In a statement toPolygon, Ubisoft confirmed this was the game they were working on with Ancel, but gave no other details:

“Michel is currently sharing his time between Ubisoft and Wild Sheep studios. The artwork he posted is from the game he’s currently working on at Ubisoft. We don’t have anything further to share at this stage.”

While it’s doubtable he would be doing this without any sort of permission from his publisher, it’s not like they can get rid of him now. Given the pre-production status, the idea of a proper reveal before the end of the year may be overly hopeful – it could be another 12 months before there’s something to show off, especially if development has restarted in full.

Update September 29, 2016:Another piece of concept art has appeared on the Instagram page of Michel Ancel, creator of Beyond Good & Evil, adding more fuel to the rumour that a sequel to the cult classic is still coming.

This image shows a shark dude wearing workman overalls. Remember Francis and Rufus from the first game? Well, this thing is probably from the same species.

The image tease coincided with a Ubisoft board meeting where the company were expectingVivendi to make their next movetowards a hostile takeover of the French company. Vivendi didn’t manage to get anyone elected to the board, though, giving Ubisoft a bit more time.

This concept art was posted before Ubisoft scored this small victory, however, and Ancel stood defiant in the Instagram post.“Ready for the fight. independence #ubisoft day,” he said alongside this image: 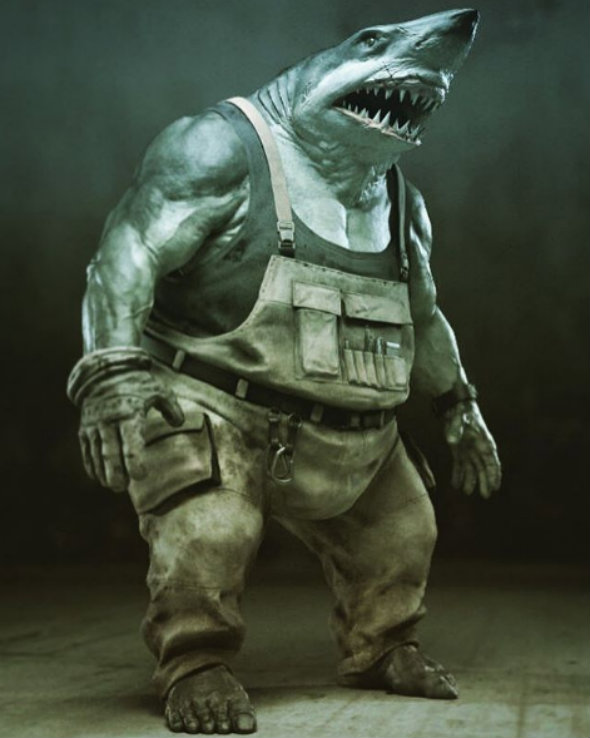 Original Story September 27, 2016:Beyond Good & Evil 2 is pretty much the last remaining infinite development time game. Duke Nukem Forever is out, FF15 and The Last Guardian are almost there, and until we’re a decade deep into FF7HD it doesn’t count. That means even the barest hint of a tease of a suggestion of a hope is met with a righteous need. In this case, that’s Michel Ancel – creator of both this and Rayman – posting a picture to his Instagram of some concept art that could, maybe, be for BG&E2.

Here’s the full image, with a better version available over atthe source. 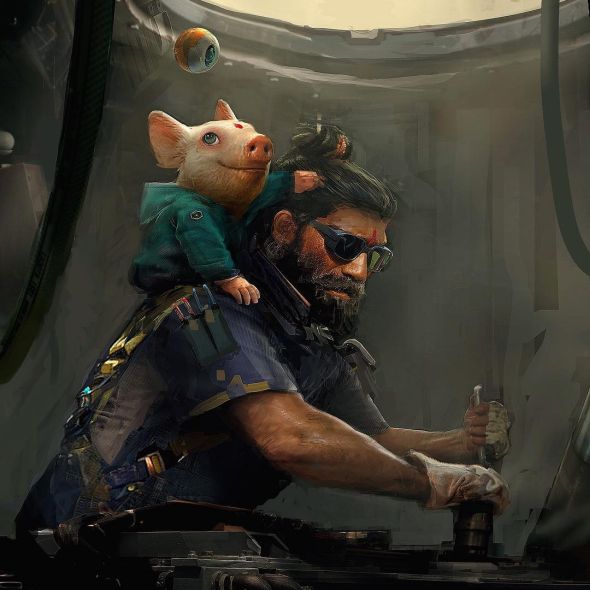 So, what does it mean? Eager fans have pulled out these details:

That all points to a prequel, or alternatively a lot of soon-to-be-disappointed fans massively jumping the gun. Further rumours persist that Nintendo have stepped in to drop the required dollars and make the game – in return for it, much like Bayonetta 2 for the WiiU, being an exclusive on their new console.

Ancel, of course, is also still in the middle of development on Wild, an open-world survival game for the PS4 shown off in 2014. Little has been heard of it since.

How true any of this proves we’ll likely find out in the coming months. It’s not exactly announcement season considering the number of games still to hit this year, but between needing to show things for Q1, the NX presumably getting its reveal and the year’s final big show in Geoff Keighley’s The Game Awards, plenty of opportunities for Ubi and Ancel to debut this – whatever it is.