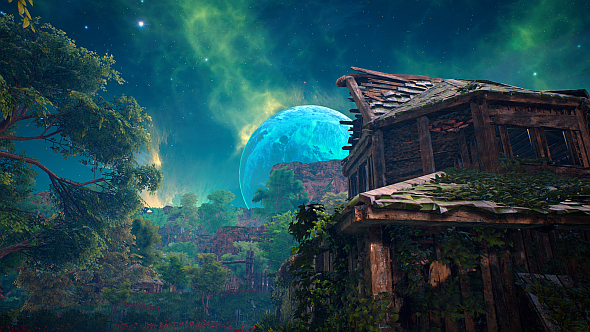 E3 is roughly two months away, but if you were looking forward to hearing more about Biomutant – perhaps the most interesting surprise from last year’s Gamescom – we’ve some unfortunate if understandable news for you: THQ Nordic really like football and beer.

Which other exciting upcoming PC games won’t be at E3 because some publishers appreciate the finer things?

The FIFA World Cup kicks off just as E3 is closing, but such is the publishers’ fandom that they “will be unable to miss a single moment of this great sporting event,” as they explain in a real press release that they really sent to us.

“Therefore, we will be forced to stay in our lovely Viennese beer gardens, blowing the froth off a couple, watching football and one or two cool press conferences on Twitch (looking at you, Devolver) instead of rocking it ourselves.”

They acknowledge the option of watching the World Cup from “Ye Olde King’s Head Pub in Santa Monica, where they show all matches live, but with the World Cup being held in Russia, it would mean a 7am beer – that’s too early, even for Austrians, let alone the Swedes.”

Personally this strikes me as lacking in imagination, but I’m not about to judge – it would be rude in the extreme to tell anyone how to enjoy their beer. I say: you do you, THQ Nordic.

Anyway, the publishers assure us that Darksiders III, Biomutant, and some unannounced titles will all be on show at Gamescom in August, and again at PAX West in September.