A recent string of job postings suggests the next Bioshock game is going to have an open world. A new studio, Cloud Chamber, is looking to hire fresh talent, including a senior writer capable of delivering “character-driven stories in an open world setting”. It may seem strange, but I never imagined for a moment that Bioshock would go open world. My love for the series has evidently clouded my judgment, as I’m only just beginning to realise that a healthy sprinkling of RPG goodness is precisely what Bioshock’s plasmid-charged universe needs.

I’ve spent hours plundering the watery depths of Rapture’s crumbling cityscape, with nothing but Andrew Ryan’s misanthropic musings to keep me company. In another timeline, I skyhooked through the clouds of an immense floating city. Bioshock’s anarchic dystopias are an absolute joy to behold, helping to deliver some of the most impressive set pieces in gaming. But the trilogy’s on-rails approach to storytelling can sometimes hurt the overall experience.

Oftentimes the journey is a little too reminiscent of an amusement park ride, the audience spirited from one scripted spectacle to the next. You get the sense that the show’s puppeteer is directing your every move, desperately trying to keep you suspended in disbelief. Aside from the odd detour, going off the beaten track is usually out of the question. And given that Rapture and Columbia are the star attractions of their respective games, this is a problem.

Players want to learn about Bioshock’s beautifully imagined worlds, and there’s no better way to do that than through exploration. Unlocking the next game’s setting and changing the way the plot is delivered would go a long way to achieving this ambition. Bioshock’s storytelling has always been heavily reliant on audio tapes, most of which are carelessly scattered about the environment. While the voice acting is always excellent, it’s a very artificial way of conveying the major beats of a story. 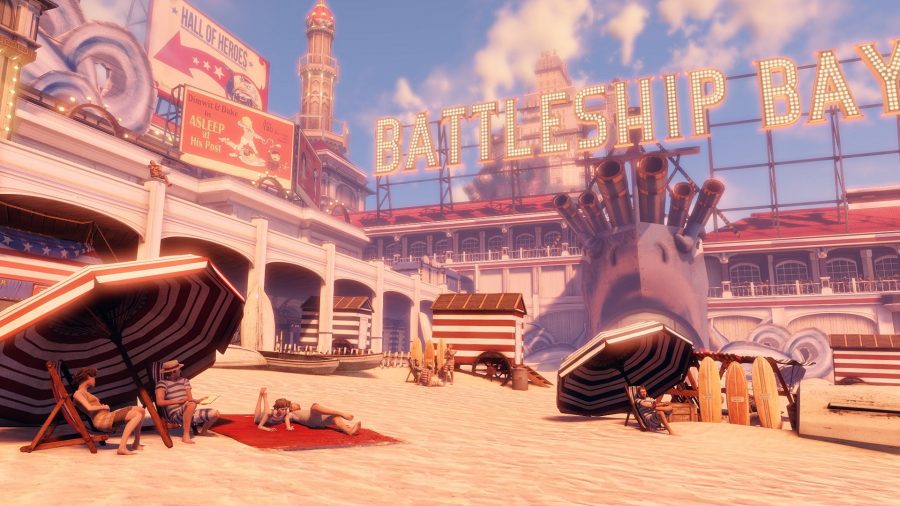 Bioshock Infinite went some way toward addressing this problem, cleverly using Elizabeth as a kind of tour guide to Columbia. She was both expressive and engaging, remarking upon little details in the world around her and bringing some much-needed energy to the narrative. But while Elizabeth has an almost Pixar-esque quality to her, the rest of Columbia’s inhabitants are forgettable.

Related: Here are the best RPG games on PC

This is particularly evident in the Battleship Bay scene. The beach area is supposed to give the player some downtime after a series of protracted street battles. It’s an important moment of calm that helps balance out the game’s overall pacing, but it doesn’t offer much insight into the lives of Columbia’s inhabitants. Glassy-eyed NPCs – almost identical in appearance – sit idle on the shoreline like limp marionettes. Move a little closer and their strings are easy to spot – they spout off a line or two of vaguely racist babble and move around like animatronics. They don’t really say anything meaningful, and the player just wanders around with nothing much to do.

Mass Effect’s hub worlds, by comparison, offer spaces that feel more believable because they’re filled with NPCs who you can talk to. Embassy staffers are on standby to chat intergalactic politics, VI holograms serve as interactive information centres, and Citadel residents give you missions to complete. Given that Cloud Chamber is looking to create primary and secondary mission content for its upcoming Bioshock game, these types of areas could also serve functionally to improve storytelling, pacing, and mission structure. Imagine working with a town scientist to come up with ideas for a new plasmid, learning about how ADAM reshapes human tissue, and how it corrupts the mind in extreme doses. 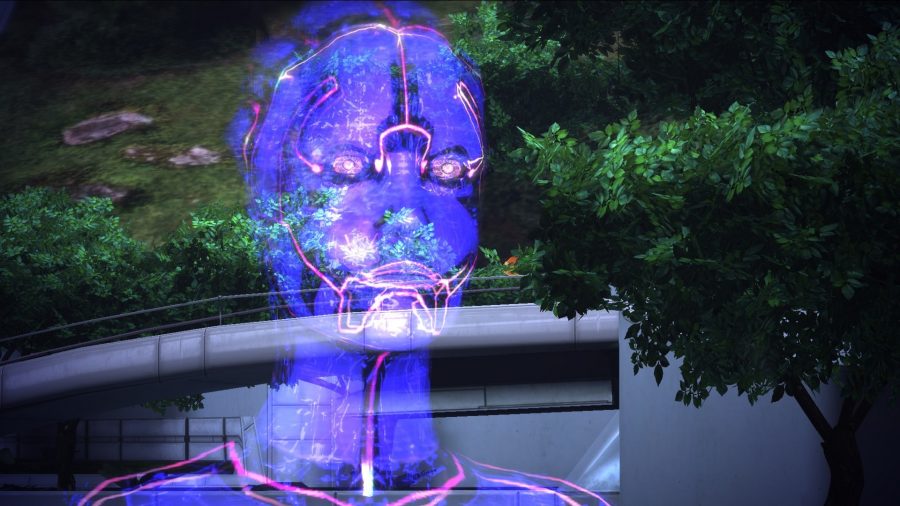 These spaces could be used to deliver important nuggets of lore, immersing the player in whatever genetically spliced house of horrors Cloud Chamber comes up with – not as a means of padding out the experience with perfunctory fetch quests. Here, the excellent writing and gameplay structure of Mass Effect 2’s loyalty missions or The Witcher 3’s side quests remain the gold standard.

Considering the cerebral nature of Bioshock’s writing, it’s surprising to see almost every encounter ending in a hail of bullets

Then there’s the thorny issue of player agency and choice. Bioshock gives players a binary choice between sparing Little Sisters and harvesting them. Whatever your decision, the consequences are trivial at best. Infinite’s choices, too, were largely illusory in nature – albeit thematically consistent. In this regard, the Fallout series offers some guidance. Bethesda’s post-apocalyptic RPG has no end of choices that affect the world around you: how the Wasteland functions, whether a particular faction views you as a friend or foe, the availability of missions and loot, and even whether entire towns continue to exist.

This sort of branching narrative should be a shoo-in for Bioshock, complementing the addition of interactive NPCs and lending greater weight to your decisions. Your character could choose between resolving encounters using diplomacy or violence, and each approach would have its own push and pull impact on the world. 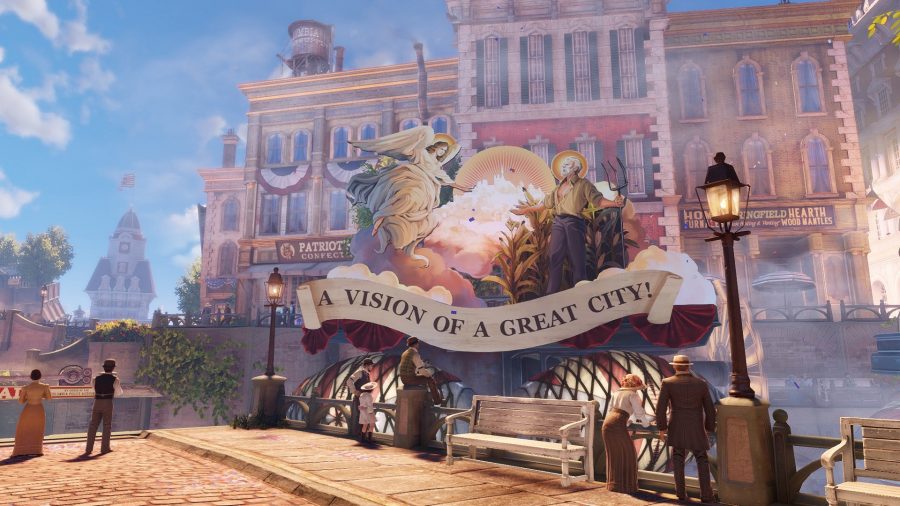 Considering the cerebral nature of Bioshock’s writing, it’s surprising to see almost every encounter ending in a hail of bullets, and the outcome is often that you don’t feel like a part of the world. The option to talk your way out of trouble, at least sometimes, would resolve this problem and break up the combat loop.

Embracing mechanics from open-world games is certainly not without its risks, though. Worlds that are too large have a tendency to lose some of the visual flair and environmental storytelling that more linear campaigns are known for, diluting the action in a sea of procedurally generated assets and empty spaces. Cloud Chamber needs to avoid these pitfalls by evolving Bioshock’s narrative design and focusing on quality world-building. But if it can achieve these aims, we could be looking at a very exciting new chapter in the Bioshock universe.