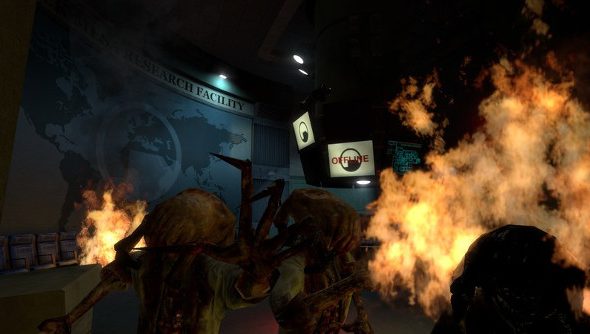 When Black Mesa, the unofficial, Valve-sanctioned remake of Half-Life, launched on Steam Early Access last week, it added multiplayer and the promise of the Xen levels. It launched at £14.99, though the free mod that’s been in development for a fair chunk of the last decade is still available.

Unfortunately, Crowbar Collective, the volunteer modding team, explained in a Reddit AMA that features like the Xen levels would not be making their way to the free mod because they were designed for the newer engine.

He clarifies: “In order to make Xen look the best it possibly can look, we need to upgrade the engine with new features. These new features will make it incompatible with the mod version.”

The Steam version will get more multiplayer maps and modes, the Xen levels and maybe some revamped areas in the single-player campaign. More features are being considered, however, including VR.

“We’re very excited to explore the possibility and have already looked into implementing it.”

There’s no official release date at the moment, either for the Xen levels or the finished game, but Crowbar Collective did talk about the release price. It will be the same as the Early Access price: £14.99/$19.99.