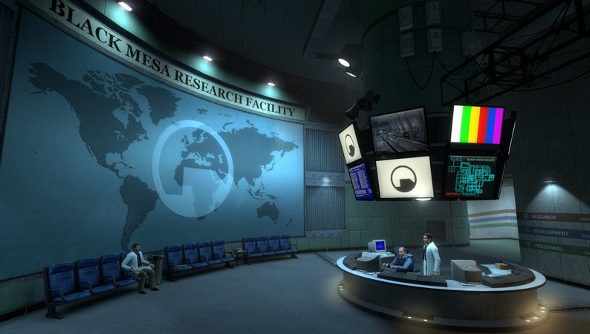 That Black Mesa countdown, I’m sure you all figured out, was a countdown to the Half-Life remake’s arrival on Steam. And now that it has arrived, you can snatch it up for yourself if you drop £14.99/$19.99.

It’s in Early Access at the moment, and is an updated version of 2012’s free mod that includes mod support and multiplayer.

Here’s everything that this version has over its 2012 predecessor:

Crowbar Collective’s finished 85 percent of the single-player campaign, but is still working on the Xen chapters and other improvements that they hope will “ improve upon it [the campaign] to make it an enjoyable and memorable experience.”