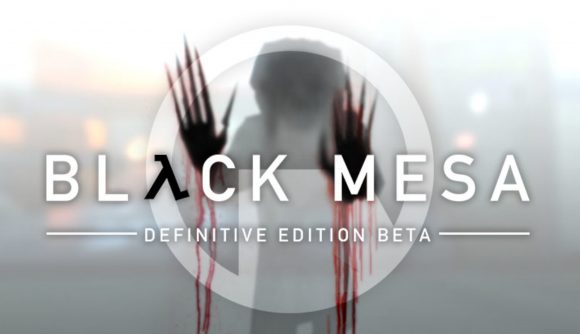 Black Mesa finishing development? That was a joke, ha ha, fat chance. After years upon years in development, Black Mesa, the fan-built remake of Half-Life finally launched in full on Steam in March of this year. And now… the developers have even more new stuff in mind. Black Mesa: Definitive Edition features major revamps for several of the game’s levels, and it’s already playable in beta.

Definitive Edition changes the Power Up level to “have more ’cause and effect’ gameplay”, the developers explain in the blog post, “and to better highlight the player’s overall goal for the chapter”. You’ll now be fighting through a darker facility while working to get the lights back on and kill Gargantua, and this will help, er, highlight the new dynamic light system.

On a Rail gets some big changes to the rocket silo, which will “better show the objective and subsequent solution”, and it looks nicer, to boot. We’re also getting improved visuals on We’ve Got Hostiles, Questionable Ethics, Surface Tension, Forget About Freeman, and Interloper.

The update also improves Steam Workshop support, letting you actually use mods with nothing more than the ‘subscribe’ button – no more custom folders. The update enables support for scripts, choreography, and particles in mods, too.