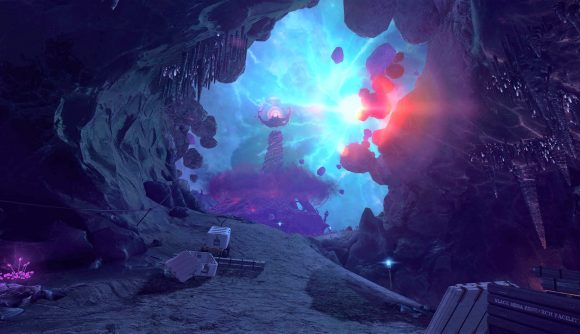 Well over a decade after work on Half-Life remake project Black Mesa began, its release date is at last here. Creator team Crowbar Collective has announced the hugely exciting news on Steam, calling the 1.0 release version “the best, most polished, and most fun version of the game yet” – and it arrives just next week.

In a reflective post titled “Fear not the long road”, Crowbar owner Adam Engels talks about his time working on the project and reveals: “As I write this, I am realising that we plan to finish Black Mesa exactly 14 years to the month from when I first joined the team. Fourteen years working on a single project, with a dedicated team, that had a vision, and saw it through.”

Engels also explains that Black Mesa was a “volunteer project” for most of the the time it was in the works, having not made any money for the devs until June 2015, “even after we got the green light to sell the game”. However, the team pushed through and have now got it over the line to launch.

“Through luck, hard work, and maybe a bit of ignorance we didn’t shy away from our goal of bringing this game to completion”, Engels says. “We are proud of what we built. We think this upcoming 1.0 release is the best, most polished, and most fun version of the game yet. The anticipation and excitement around our project is beyond flattering.”

The game has been being prepped for its full launch out of Steam Early Access for a while, with a Black Mesa public beta test build recently released to identify “game breakers” and “difficulty spikes”.

When is the Black Mesa Release date?

According to the post, the Black Mesa release date is set for March 5 on Steam. While Engels acknowledges the videogame “has its strengths, and its flaws”, drawing on a Leonardo da Vinci quote that says, “Art is never finished, only abandoned”, he confirms the team plans to “fully support” it after its 1.0 release “with bug fixes and more”.

“I hope that everyone has something that inspires them as much as Half-Life inspired us,” he adds.