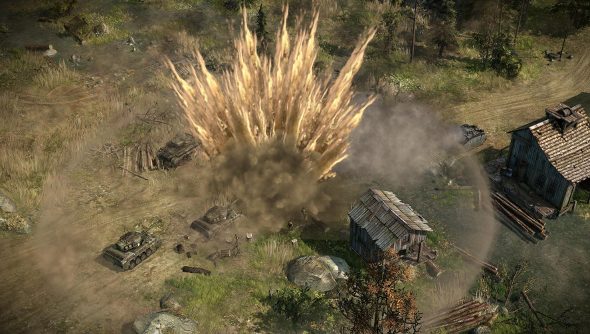 Nival’s World War 2 RTS, Blitzkrieg 3, has rolled into Steam Early Access with its herd of tanks. At the moment, what you get is the curious asynchronous multiplayer mode, which is strangely like Mighty Quest for Epic Loot and doesn’t feature actual conflict between two players going head to head.

Point your peepers at the trailer below.

That’s a dizzying number of explosions. Tanks exploding, buildings exploding, men getting caught in explosions – it’s all quite hectic.

Blitzkrieg 3 will be in Early Access for 4 to 5 months, with Nival hoping to launch it in autumn. The finished game will include a single-player campaign covering the whole war, from 1939 to 1945, daily quests, more maps and modes, and in-game Generals that will affect your tactics, perhaps a little like Company of Heroes?